As courthouses begin to reopen across North Carolina, the state’s judicial branch office is preparing to request millions of dollars in funding to help keep them open.

The Administrative Office of the Courts is finalizing a budget request that would include more personal protective equipment, temporary staff, emergency judges, and more technology.

“We have critical short-term needs for courthouse responsiveness to COVID,” Judge Andrew Heath, director of the Administrative Office of the Courts, told Carolina Journal.

Courthouse employees also will be eligible for the COVID-19 vaccine alongside other frontline workers, Heath said, after a request from Chief Justice Paul Newby.

The requests will help fulfill what Heath and Newby have called the “constitutional mandate” of the judicial system.

Immediately upon taking office earlier this month, Newby rescinded some emergency orders requiring courthouses to close — paving the way for more proceedings to be handled normally.

“Open courts available for all citizens is not a luxury, it’s a mandate,” Newby said during his inauguration ceremony.

At the end of last year, there were 14.6% more criminal cases and 6.2% more civil cases than the year before.

“While the pandemic has caused some delays and changes in operations, it is not at all unusual for the number of pending cases to fluctuate by a small percentage in any given year,” Heath said. “We have heard misperceptions about a huge backlog, but the data doesn’t support that perception.”

Keeping courthouses open should help reduce that backlog. Heath said the judicial branch will also emphasize technology, saying the pandemic has stressed the need to “modernize” the court system.

That includes prioritizing developing and expanding the eCourts system, which allows people to put together legal documents for proceedings like name changes, evictions, small claims and divorces without the need for an attorney. 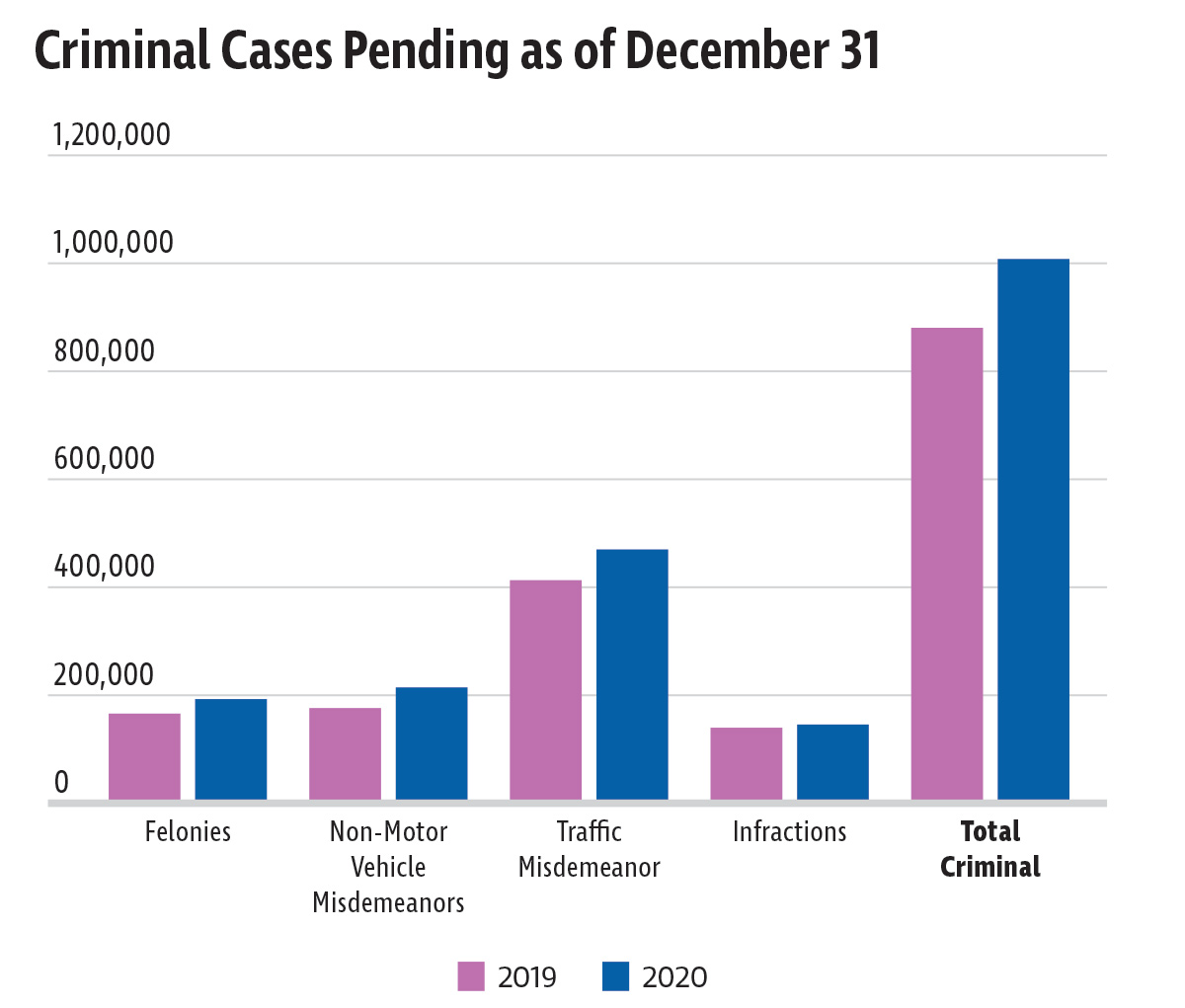 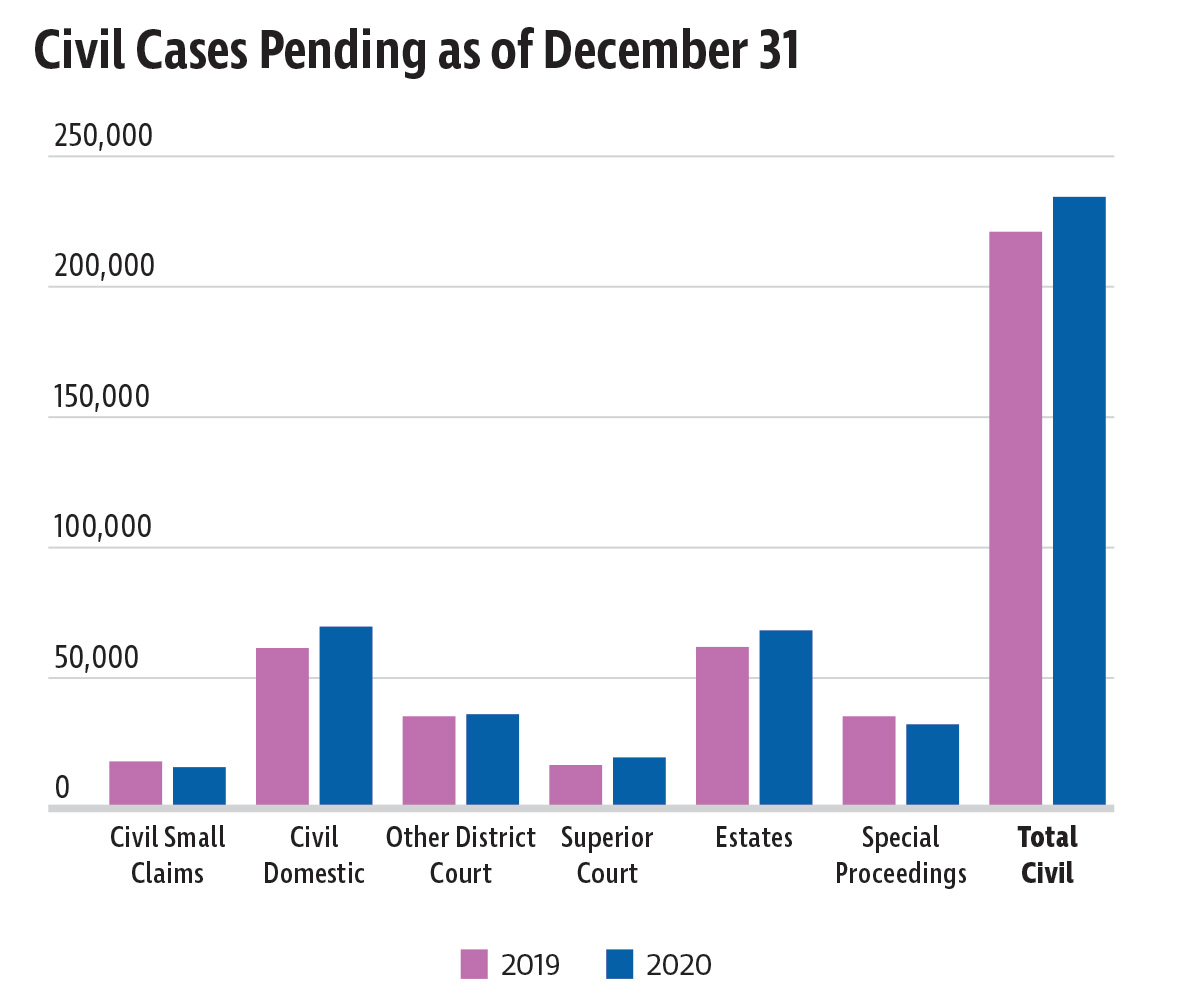 Andrew Dunn is a freelance writer for Carolina Journal.

North Carolinians can be proud of their history