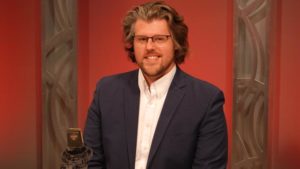 Gov. Roy Cooper and state health secretary Dr. Mandy Cohen addressed the nascent Omicron variant Tuesday, Nov. 30, but they were reticent to raise alarms, in contrast to local media reports over the past couple of days.

Rather, they pushed vaccines.

Cohen, in one of her last COVID-19 briefings alongside Cooper, even offered a novel catchphrase: “Don’t wait to vaccinate.”

Cohen, 43, has led North Carolina’s operational response to COVID-19, including hospital, testing, and tracing capacities. She has been Cooper’s top policy adviser on the pandemic.

Kinsley doesn’t have a background in medicine but has significant experience in mental and behavioral health, which, Cooper said, should continue to be a focus for care as the pandemic — and accompanying restrictions — wanes.

Some 72% of the state’s adult population have received at least one dose of the COVID jab, and about 68% are fully vaccinated, the health department says. More than 9% of people have tested positive for the virus, the latest data say, though COVID numbers are generally in decline. Cohen said numbers are still incomplete because fewer people were tested over the Thanksgiving holiday.

Health experts, nationally and locally, say that may never happen.

The latest media panic is centered around the Omicron variant, first detected in South Africa and identified in patients throughout Europe.

“All  viruses change over time,” Cohen said, “and COVID 19 is no exception.”

The variant hasn’t been identified in the U.S., but health experts agree it’s almost surely here.

“If this motivates people … please go and get vaccinated. Get off the internet and on the phone with your doctor,” Cooper said.

Cohen probably isn’t done with the COVID briefings, but, just in case, she said all the usual things for a departing public official, at the same time offering little insight into her plans.

Cohen, who served under President Obama and for five years for Cooper, said she hopes she and her family can stay in North Carolina. She says she has no political aspirations.

“I am not planning to run for office,” she said, though admitted she’s exploring “a range of opportunities.”

“She made herself available to legislators to answer questions and kept us informed about issues facing the department,” Berger said. “She was also instrumental in successfully implementing Medicaid transformation. I want to thank her for her service to the state and wish her well in her future endeavors.”