N.C. bar owners are planning another rally Thursday, Sept. 10, as part of a months-long effort to persuade Gov. Roy Cooper to reopen bars.

Bar owners from around the state protested outside the Executive Mansion last week. Thursday’s rally, at the same site, is scheduled from 4:30 to 8:30 p.m.

The rally’s goal is to urge Cooper, a Democrat, to “allow the state’s 1,063 private bars to reopen under pandemic health guidelines — just like 6,000 other bars, wineries and breweries have been allowed to be open since May,” the N.C. Bar and Tavern Association says in a Facebook post.

The group is joining the Save Our Bars Rally for the event. Cooper on Sept. 1 announced that bars, as well as movie theaters and other entertainment venues, will remain closed. For some six months now. Cooper also decided to close cigar bars and hookah lounges, and anywhere else where people are allowed to smoke indoors. These businesses were open. Before Tuesday. 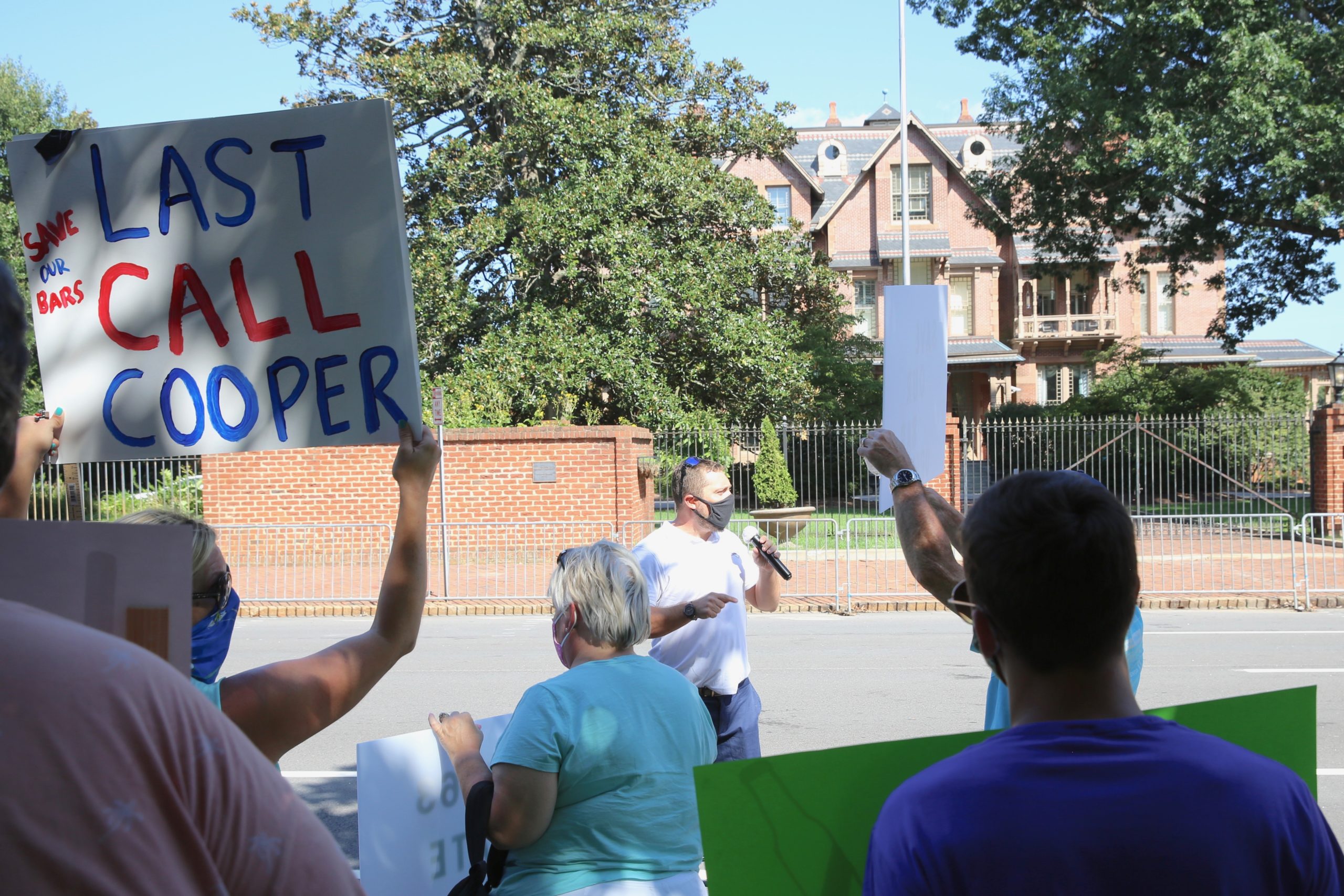 Zack Medford, hear of the N.C. Bar and Tavern Association, speaks to protesters near the Executive Mansion in Raleigh in early September. (CJ photo by Don Carrington)

Cooper on Friday moved into what he calls Phase 2.5 of his reopening plans, allowing gyms and bowling alleys to operate at 30% capacity.

For many, it’s already too little, too late. Bars, movie theaters, and amusement parks have been closed since March.

The rally will feature speakers from across the bar industry beginning at 5 p.m. At 6, “the group will march to the legislature to signal the need for all of North Carolina’s leaders to stand up for the 1,063 private bars being forced out of existence by a discriminatory policy supposedly based on ‘science and data’ that has never been made public,” the post says.

Myriad people and groups have filed lawsuits to open bars, bowling alleys, and gyms. Cooper, apparently afraid that people will gather and spread the virus, has so far resisted opening bars, despite pleas from owners who have developed detailed plans to keep people safe. Still, bars around the state have reopened in defiance, and more may reopen soon.

Cooper and state health secretary Dr. Mandy Cohen incessantly refer to “science and data” when defending their decision to keep certain businesses close while others are open.

In an impassioned plea at the rally last week, Zack Medford, who found the NCBTA, said the closure has gone on far too long. Businesses are closing, and people are suffering.

“Our bars have been closed for six months with no end in sight,” he told the crowd.

“Our leaders work for us, and they answer to us,” said Medford, pointing out that restaurants, breweries, wineries, and distilleries have been open for months. “I’ve come here today … because we have questions we need the answers to.