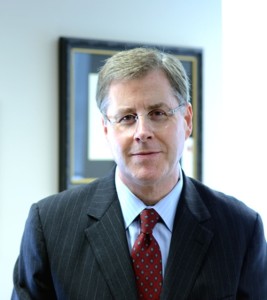 Cecil Staton, current interim president of Valdosta State University in Georgia, was elected on April 27 by a unanimous vote of the Board of Governors as the new chancellor of ECU. Staton will start on July 1, taking the reins from Chancellor Steve Ballard, who has served in the position since 2004.

Powers, a native of eastern North Carolina, calls ECU one of the most important schools in the university system due to its impact on the economy, and says Staton is an excellent choice given his unusual background in both the public and private sectors.

Born in Greenville, S.C., Staton was the first in his family to complete a college education, attending Furman University for his bachelor’s degree, and then obtaining two master’s degrees from Southeastern Baptist Theological Seminary and a doctorate from the University of Oxford. He is a former entrepreneur, five-term Georgia state senator, and a faculty member and an administrator at Mercer University in Macon, Ga.

“Chancellors today have to be much more politically attuned,” Powers said, referencing Staton’s background as a state legislator. “Somebody that comes into this university with a very solid understanding of the way the political process interacts with the university, I think, is a huge advantage going forward. [Staton is] going to know how to reach out to legislators and what to say to them about issues instinctively, because [he has] been on the other side of those phone calls.”

Powers said that Staton also received positive responses from a wide range of ECU students, faculty, and administrators during the chancellor search process, and that legislators have expressed approval of the choice as well.

“He’s also earned a reputation of great integrity, sound decisionmaking, and strong commitment to outreach,” Spellings said. “I am convinced that Dr. Staton has the right mix of experience, skills, and commitment needed to lead ECU in the years ahead, and I am thrilled he has agreed to join our leadership team.”

In addition to his capacity for developing good relations with the General Assembly, Staton’s experience in university administration gives him the ability to expand the reach and reputation of ECU’s medical and dental schools, and to turn the university’s research division into a competitor with UNC-Chapel Hill and N.C. State University, Powers said.

“I don’t think you’re looking [at] someone who is going to compete for the students who don’t get into UNC-CH or NCSU,” Powers said. “I actually think that you’re going to see a guy who really wants to grow [ECU] to compete for the kids who are getting into [those schools.]”

Staton, who in his April 27 address before the BOG joked that by switching from the red and black of Valdosta State to ECU’s royal purple he has “new favorite color,” stated that he intends to push the university to do well during “challenging times for higher education.”

“I am here with you today, however, because I am convinced that East Carolina University is in a unique position not only to persevere in the face of change, but to thrive in this climate of change,” Staton said.