Chapel Hill Killer Registered At and Voted From Mental Hospital

Dozens of mentally disabled registered in stepped-up efforts by state 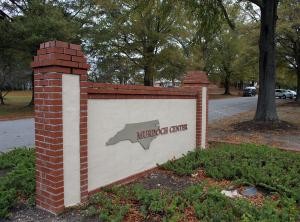 Recent stepped-up voter registration efforts at state mental hospitals and facilities for the developmentally disabled resulted in the registration of Wendell Justin Williamson, who in 1995 killed two people in Chapel Hill and was judged not guilty by reason of insanity.

Election records show Williamson, a patient at Central Regional Hospital in Butner, was registered on Sept. 13 as an unaffiliated voter. He cast an absentee ballot that was accepted Oct. 15 by the Granville County Board of Elections.

In a street shootout in January 1995 near the UNC-Chapel Hill campus, Williamson, a law student, used an M-1 rifle to kill two strangers. The not-guilty verdict caused a national furor. He attracted additional headlines this week when a judge granted Williamson unsupervised off-campus privileges.

Efforts to register mental patients and residents of centers for the developmentally disabled have taken place in recent months in several locations around the state.

Employees of the Murdoch Developmental Center, a state-run facility in Butner for the mentally retarded and developmentally disabled, recently registered 36 of the more than 500 residents to vote in what appears to have been a voter registration drive at the facility. In addition, some residents were checked out of the facility and transported to early voting centers to cast votes.

As of Oct. 30, eight of the center’s residents had voted in person at one of the two early voting sites in Granville County, Carolina Journal has learned. One of the sites is at the Creedmoor City Hall, four miles from the Murdoch Center. The residents voted at the early voting locations on five different days.

By law, facility employees are prohibited from assisting the residents with voting, but each resident could have asked an election site official for help in completing a ballot. The developmentally disabled also may receive help from a close relative or legal guardian, but CJ has been unable to determine if these rules were followed in any of the instances in Granville County.

A source who wished to remain anonymous told CJ that Murdoch Center employees recently asked all residents if they wanted to vote, and that they then helped register those who indicated they did. All the patients living at Murdoch Center have been diagnosed with “profound, severe, or moderate intellectual/developmental disabilities or a related disability.”

The registration drive was unusual because the N.C. Department of Health and Human Services currently requires each facility for the developmentally disabled to ask new residents, at the time they first receive services at the facility, if they wish to register to vote.

According to Granville County Elections Director Tonya Burnette, no one residing at 1600 East C Street in Butner, the address of the Murdoch Center, had registered to vote until a couple of months ago. Presumably, the 36 residents that recently have been registered had indicated they did not want to register to vote when they first were admitted to the facility.

CJ has had difficulty obtaining more detailed information on voting-related activities at Murdoch because facility directors are told not to talk with reporters. All media calls are referred to Julie Henry, acting director of public affairs for DHHS.

Advocates for the physically, mentally, and psychologically disabled have been pushing to increase the voter participation of disabled citizens, as a feature story in the October issue of The Atlantic reported. Some of the activities have been controversial, as advocates of the disabled historically have railed against the political exploitation of individuals who are severely incapacitated.

CJ reported last week that state workers offered assistance with voting activities to mentally ill patients at a Cherry Hospital, a state-run mental health facility in Goldsboro. That assistance, which has included registering voters, applying for absentee ballots, and assistance in filling out those ballots, appears to be a violation of state law.

Voter registration activities also appear to have taken place at the J. Iverson Riddle Development Center in Morganton. Burke County Elections Board records show that nine persons are registered to vote at the center’s address — 300 Enola Road, Morganton. Six of the nine were recent registrations. Residents of the state-owned facility have “profound or severe mental retardation, or a related developmental disability.”

Additional voter registration activities appear to have taken place at the Caswell Center in Kinston, another state facility for persons with intellectual disabilities. Lenoir County Board of Elections records show that 17 voters list their address as 2415 West Vernon Avenue — the address of the Caswell Center. Ten of the voters were recent registrations. Residents of the center have been diagnosed with “profound, severe, or moderate intellectual/developmental disabilities or a related disability.”

CJ asked if Gov. Bev Perdue was aware of the voter registration and absentee ballot activities that have taken place at the state’s psychiatric and developmentally disabled facilities. “DHHS is going to respond on behalf of the administration,” spokeswoman Christine Mackey said.

Spokeswoman Henry said the voter-related activities of DHHS employees followed federal law. “The department has no information that any law has been violated,” she told CJ. “Moreover, the information the Department does have is that its facilities are complying with the mandates of a federal law, the National Voter Registration Act.”

CJ asked Henry to provide all documents and correspondence related to the voting activities at all facilities. She is in the process of compiling that information.

The National Voter Registration Act of 1993

A July 2009 guide to disability rights laws published by the U.S. Department of Justice includes a section on the NVRA, aka the Motor Voter Act. “One of the basic purposes of the act is to increase the historically low registration rates of minorities and persons with disabilities that have resulted from discrimination,” the guide says. “The Motor Voter Act requires all offices of state-funded programs that are primarily engaged in providing services to persons with disabilities to provide all program applicants with voter registration forms, to assist them in completing the forms, and to transmit completed forms to the appropriate State official.”

To assist agencies in complying with the Motor Voter Act, DHHS published the Agency Voter Registration Manual. According to the manual, each service provider “must offer the voter registration form at first contact or upon renewal of services. The purpose of the new law is to make the voter registration process more simple and accessible.”

If a client claims to be registered, “note the fact in the transaction record and move on,” the guide states. “If he/she is not registered and declines to register at that time, ask him/her to sign the declination portion of the voter registration form. If he/she refuses, you should print the customer’s name and date of birth, initial the declination, and print the transaction date.”

Lisa Grafstein, a senior attorney with Disability Rights North Carolina, confirmed that her organization has conducted voter registration activities in conjunction with state employees at Cherry Hospital, a state psychiatric facility in Goldsboro. She would not say what other facilities, if any, her organization had visited to conduct voter registration activities. Disability Rights is a nonprofit advocacy organization headquartered in Raleigh. It receives 95 percent of its funding from federal government grants and is designated the state’s primary protection and advocacy organization for the disabled.

An Oct. 5 memo from Cherry Hospital clinical director Jim Mayo to hospital staff confirmed that Disability Rights helped patients with their absentee ballots. “I want to congratulate the [Health and Wellness Committee] along with Disability Rights of N.C. in conducting a very successful event today assisting patients complete ballots for the general election,” wrote Mayo. The Health and Wellness Committee is an organization of Cherry Hospital employees.

Of the 34 voters registered at Cherry, 21 were registered in September or October. Grafstein acknowledged to CJ that her organization had met with patients at Cherry Hospital this year, offering them the opportunity to register to vote in Wayne County.

North Carolina General Statute 163-226.3 makes it a Class I felony for anyone other than the legal guardian or close relative of a hospital or nursing home patient to apply for an absentee ballot or fill out that ballot on the patient’s behalf. The law was enacted in the 1980s to prevent the political exploitation of elderly and disabled residents of hospitals and nursing homes. The lone exception allowed is if the hospital or nursing home asks the county board of elections to bring in a multipartisan team of registrars, trained by the county, to assist the patients.

CJ could find no evidence that legal guardians, close relatives, or trained multipartisan teams were involved in the recent voting activities at state facilities.

Senate advances bills that would give more freedom to pharmacists, PAs