The N.C. Senate Finance Committee approved a bill Thursday morning that would dramatically alter high school sports governance in the state and end 110 years of control by the N.C. High School Athletics Association. The organization’s commissioner, Que Tucker, tells media that she believes the bill is the product of racism.

House Bill 91 heads to the Committee on Rules and Operations of the Senate after also passing the Senate Education/Higher Education Committee on Wednesday. The bill would remove the NCHSAA’s authority over high school sports. It would institute a state commission led by appointed coaches, athletic directors, and other stakeholders. The new commission would have stronger oversight and would be housed under the state’s Department of Administration.

Meanwhile, the NCHSAA is mobilizing its supporters in an effort to kill the legislation, which is essentially a death penalty to the organization. 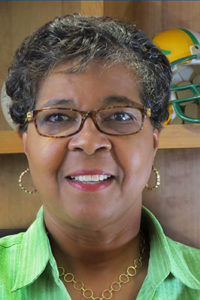 Tucker told the Greensboro News and Record she believes her race and gender have been factors in attacks on the association.

“I believe that were I not female and African-American, the approach would have been a little different,” Tucker said during a one-on-one interview Wednesday at the Greensboro Coliseum Special Events Center. “I can’t help but feel that because of the climate in which we live today, that as we prepare to celebrate 50 years of Title IX, that women in leadership positions still have a hard row to hoe. I believe that is part of — not the only thing and maybe not the majority – but it is a factor.”

In December 2015, after serving as interim commissioner for five months, Tucker was named commissioner of the NCHSAA, both the first woman and first person of color to lead the association. A native of Rockingham County, Tucker came to the association in 1991 after a stint as an assistant coach for the N.C. State University women’s basketball program. 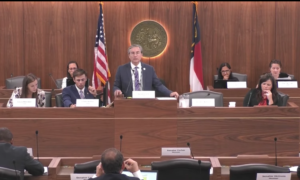 “This legislation ensures both transparency and accountability in public schools’ athletic programs while proposing some major changes to ensure students remain the focus,” Truitt told Carolina Journal. “Through the investigative work done by the department and state board, it’s obvious an overhaul was necessary in how our high school athletic program was governed and structured. From the hefty fines levied from families and schools to the lack of scholarships provided, our students deserve better. We owe them a system that supports them, their families, and the coaches who work so hard to teach and lead them.”

The NCHSAA held a press conference Tuesday defending the organization and questioned the political motivations of those involved in the legislative effort. NCHSAA Assistant Commissioner James Alverson spoke to the committee in person Wednesday about the NCHSAA’s large cash reserves, which have drawn criticism because the money came from donors but also from often financially strapped public high school athletic programs. Alverson told committee members the nonprofit has about $36.4 million in assets, which they are managing responsibly.

“The restricted funds were $15.8 million, given by donors for specific purposes,” he said. “There is a board-designated endowment fund for $10.7 million. Four [million] of that has been spent, given back to the member schools of the state of North Carolina. The remaining is undesignated, $13.9 million, and it includes two years of operating funds,“ said Alverson.

“The NCHSAA is not hoarding money,” he continued. “The NCHSAA has responsibly governed high school athletics in the state of North Carolina for 110 years, and I ask you to continue to work with us to improve what we do for students.”

The legislation to replace the organization and move it back under state control came after a months-long investigation, during which legislators say they got little cooperation or communication from the NCHSAA. Their investigation determined there was little oversight for the organization, and the organization has built the largest cash reserve of any high school sports governing body in the country.

They also received complaints that the NCHSAA forces schools to contract with more expensive “preferred vendors,” spends little of its funds on scholarships for student-athletes, and takes a heavy-handed approach with schools with excessive fines. Parents across the state have complained to lawmakers about an unjust student eligibility appeals process, where the same people who make a ruling sit in judgment on appeals.

Meanwhile, the NCHSAA is working to marshal its supporters to defend the organization, as reported by High School OT. The organization sent an alert to all of its 400-plus member schools saying in part:

“We are asking you, if you believe in the mission and impact of the NCHSAA on high school athletics in this state, to contact the members of the Senate Committee on Education/High Education and tell them how you feel about the NCHSAA. … They outlined information that led to their conclusions, much of it out of context or designed to paint the NCHSAA, a membership-guided organization, in the most negative light possible.”

A government takeover of high school athletics would be reckless and detrimental to the student athletes of NC. I am hopeful that government officials will come to their senses and make recommendations for improvement rather than sinking the ship! #IStandWithTheNCHSAA pic.twitter.com/gEe1DU3GBm

The National Federation of State High School Associations released a letter in support of NCHSAA.

“In its current structure, the NCHSAA Board of Directors makes decisions that are fair and equitable for the majority of student-athletes in its 427 member schools,” wrote Federation President Dr. Karissa Niehoff.  “We believe that a state government commission empowered to run education-based sports would have different and less educationally sound motives. For the benefit of the 200,000 participants in high school sports in North Carolina, we believe the NCHSAA and its Board of Directors are best served for directing these vital programs for high school student-athletes.”