Saying the American Health Care Act “has problematic provisions [including] infringements on state sovereignty,” nine Republican members of the General Assembly have urged GOP congressional leaders to make big changes in the Obamacare replacement plan being circulated in Washington.

The letter, signed by more than 160 state lawmakers as of March 17, is addressed to Senate Majority Leader Mitch McConnell, R-Ky., and House Speaker Paul Ryan, R-Wis., the principal sponsor of the bill. The measure narrowly passed the House Budget Committee March 16 and will go before the full House as early as next week. 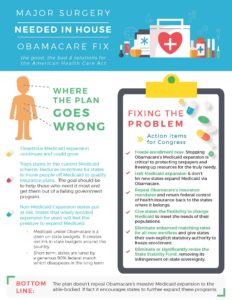 The bill has faced criticism from conservative House members and senators, and policy analysts. Several of those concerns are raised in the letter.

The signers agree with the goal of repealing and replacing the Affordable Care Act as soon as possible. They “especially applaud efforts to reform Medicaid.” But they argue that the AHCA would not unravel the regulatory knots or ease the fiscal burdens on states that have made Obamacare “unsustainable.”

The letter cites several problems with the ACHA, saying it: 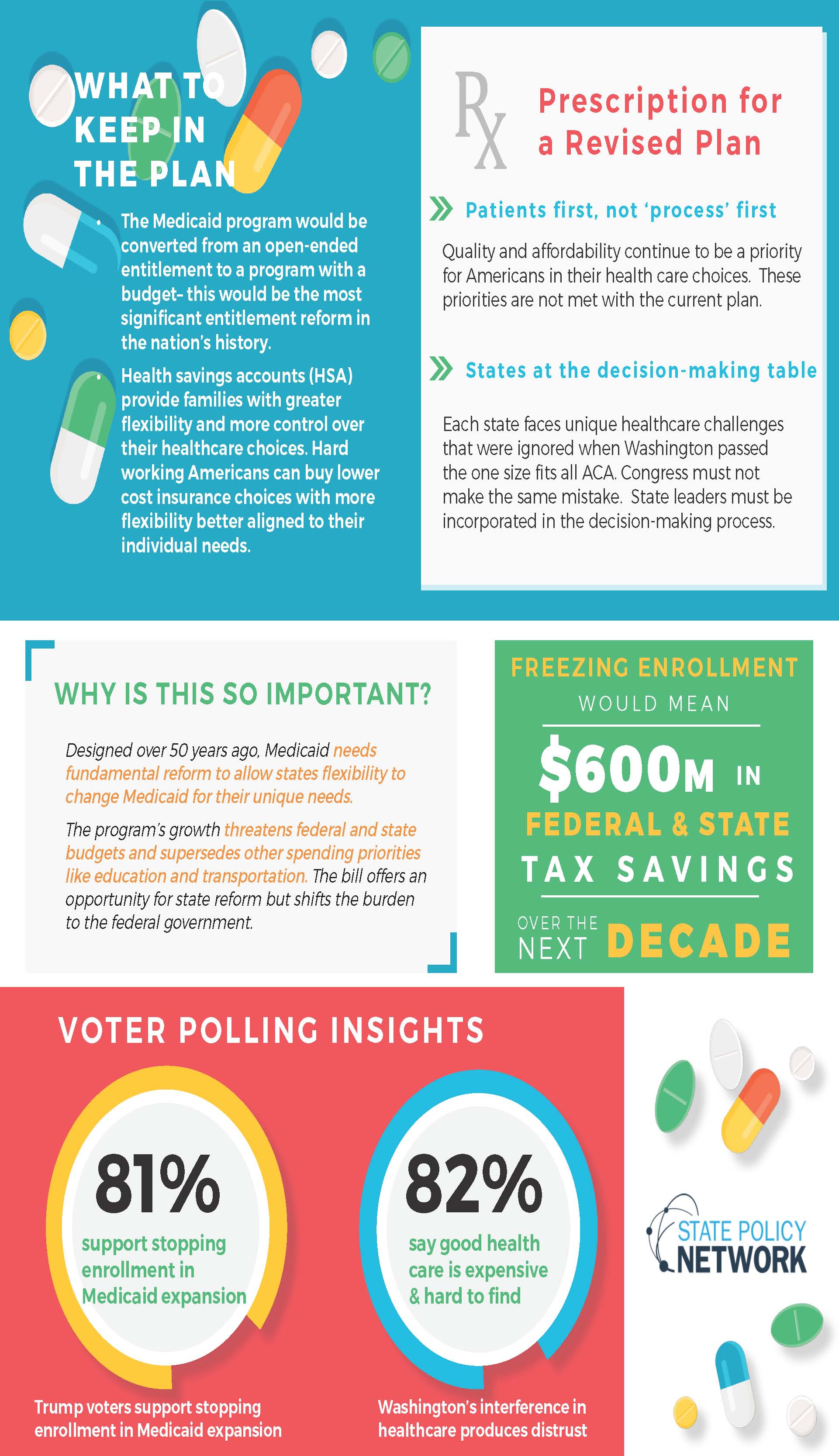 • does not fully repeal Obamacare’s expansion of Medicaid access to able-bodied adults and encourages states to expand their programs for two more years.
• gives states that haven’t expanded Medicaid under Obamacare financial incentives to do so between now and 2020.

• “retains virtually all of Obamacare’s federal regulatory regime for health insurance — an area of regulation which had always been the responsibility of states.”

The state lawmakers suggest several changes that would improve the replacement bill and give states more flexibility to make changes that reduce costs and improve care:

• Freeze enrollment in Medicaid expansion immediately as a prelude to repealing expansion entirely.

• End the enhanced matching rates for new Medicaid enrollees — doctors get paid more to treat those who signed up under Obamacare expansion than they do for the poor, elderly, and disabled recipients who were signed up before Obamacare became law.

• Block states that haven’t expanded Medicaid from doing so.

The North Carolina General Assembly members who signed the letter as of press time are:

The letter was drafted and circulated by the State Policy Network, a group of state-based, free-market think tanks that advocate increased federalism and limited government. The John Locke Foundation was one of the initial members of SPN.