Gov. Roy Cooper unveiled a $24.5 billion state General Fund budget for 2018-19 that freezes scheduled drops in corporate and some personal income tax rates. He took swings at the Republican leadership for its smaller $23.9 billion budget — one he says won’t meet public needs.

He said his budget ensures income tax cuts “truly go to the middle class and working families, and not corporations and individuals making over $200,000 a year.” Cooper called his spending plan “a budget for everyday North Carolinians.”

“With less than a week left before session, it’s concerning that this is the first we are hearing of Roy Cooper’s full budget proposal. And what we are hearing appears to be more of an unserious attempt to score political points in an election year than a responsible, sustainable budget for 10 million North Carolinians,” the statement said. 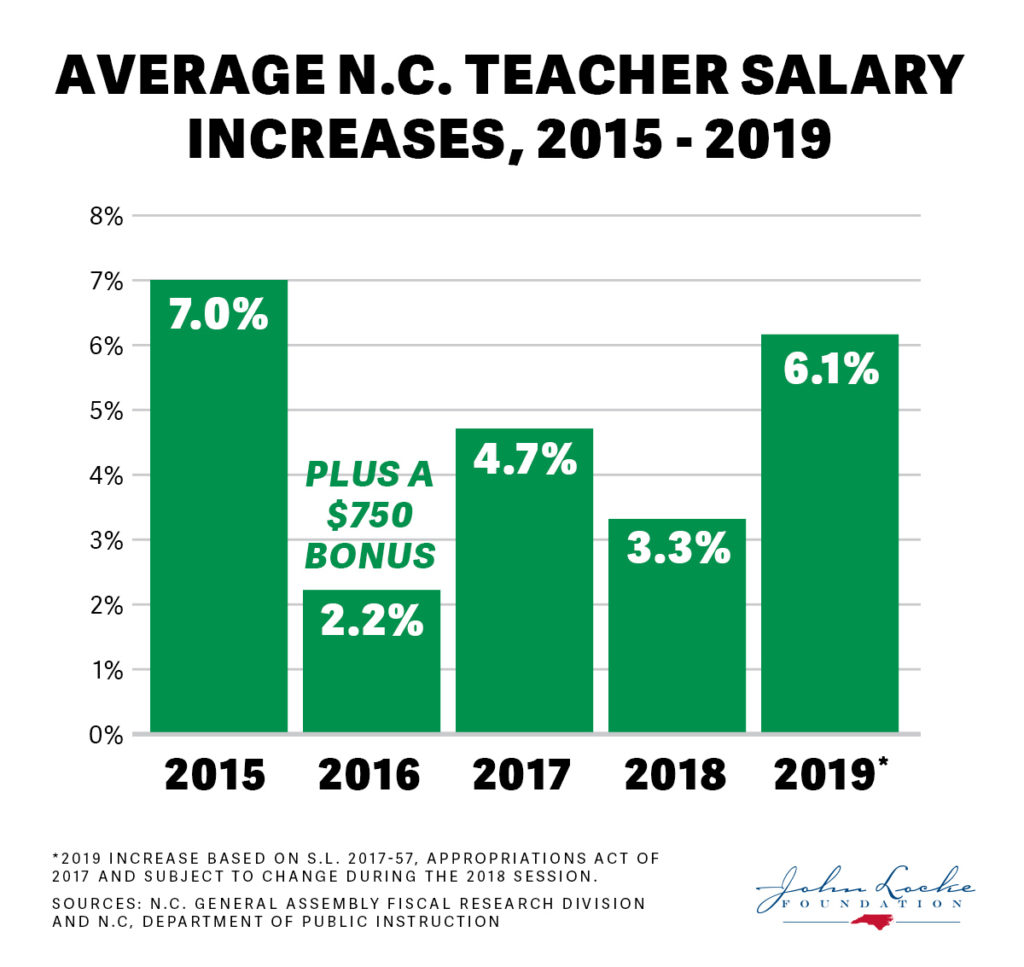 A key part of Cooper’s budget includes massive increases in teacher and state employee wages and bonuses. “Schools are the focal point of success,” Cooper said, and students deserve a quality teacher in every classroom, and quality principal at every school.

“North Carolina must treat educators like the professionals they are,” Cooper said.

“They shouldn’t have to take to the streets to get the respect they deserve,” he said, referring to a planned teacher walkout Wednesday at numerous school districts.

His proposals include an average 8 percent salary increase for teachers. None would get less than 5 percent. Veteran teachers with at least 25 years experience comprise 13 percent of faculty statewide, but would get no pay raise under the legislative budget. Those 12,000 teachers would get at least a 5 percent raise under Cooper’s plan.

The budget features a $2 billion school construction bond that would go on the ballot in November if lawmakers put it there.

Joe Coletti, senior fellow at the John Locke Foundation, said Cooper’s spending plan is like a “Wizard of Oprah budget: You get a raise, and you get a raise, but pay no attention to the debt and future tax hikes behind the curtain.”

He said Cooper “seems to recognize that his budget does not need to be a practical document, and instead is using it as part of the campaign for legislative elections this fall. He proposes the largest spending increase in 20 years — a $1.5 billion increase from the current fiscal year — and paves the way for more than $2 billion in new debt.”

State Budget Director Charlie Perusse said — unlike the bounce back from earlier recessions — the current recovery hasn’t been accompanied by wage increases. Cooper looked for areas to spend more money to trigger an economic correction, he said.

The personal income tax rate is scheduled to drop from 5.499 percent to 5.25 percent. Cooper’s budget keeps the cut in place for the 95 percent of taxpayers making less than $200,000. For those making $200,000 or more, the rate would remain frozen at 5.499 percent. The corporate income tax rate wouldn’t drop to 2.5 percent Jan. 1 but instead would stay at 3 percent.

A recent Civitas Institute poll found that about 60 percent of state voters preferred across-the-board corporate income tax cuts — the legislature’s strategy — over special incentives to targeted industries as a way to boost the economy.

• $390 million more for state employee wages and benefits, including a 2 percent pay raise or $1,250, whichever is greater

• $40 million for early education including an additional 1,000 pre-K slots

• A recommendation to expand Medicaid to cover 670,000 more people

• $28 million to improve safety and security at prison facilities