General Fund plan would boost state spending by 5.1 percent, far above the expected 3.8 percent growth in population and inflation

“If the news reports are true, Gov. Cooper is clearly growing nostalgic for the Easley-Perdue days of runaway spending — and his reckless $1 billion spending spree would surely return us to the days of high taxes and multi-billion dollar deficits,” Berger said, referring to Mike Easley and Beverly Perdue, the two most recent Democratic governors. “We believe a more prudent approach is investing generously in public education and other priorities while still saving for a rainy day and returning hard-earned tax dollars to our taxpayers.”

Becki Gray, senior vice president at the John Locke Foundation, said that while Cooper’s budget has some positive elements, the General Assembly should scrutinize it carefully.

“Increasing general fund spending by more than 5 percent in the next year is simply not prudent for North Carolina taxpayers,” Gray said. “That’s 34 percent faster than the fiscally sustainable combination of inflation and population growth.”

The Republican-controlled General Assembly in recent years has sought to keep the general fund increase to at or below a percentage that combines the inflation rate with the rate of population growth in North Carolina. That rate, known as the TABOR (Taxpayer Bill of Rights) index, would be 3.8 percent for the upcoming fiscal year.

Cooper says he has his reasons. 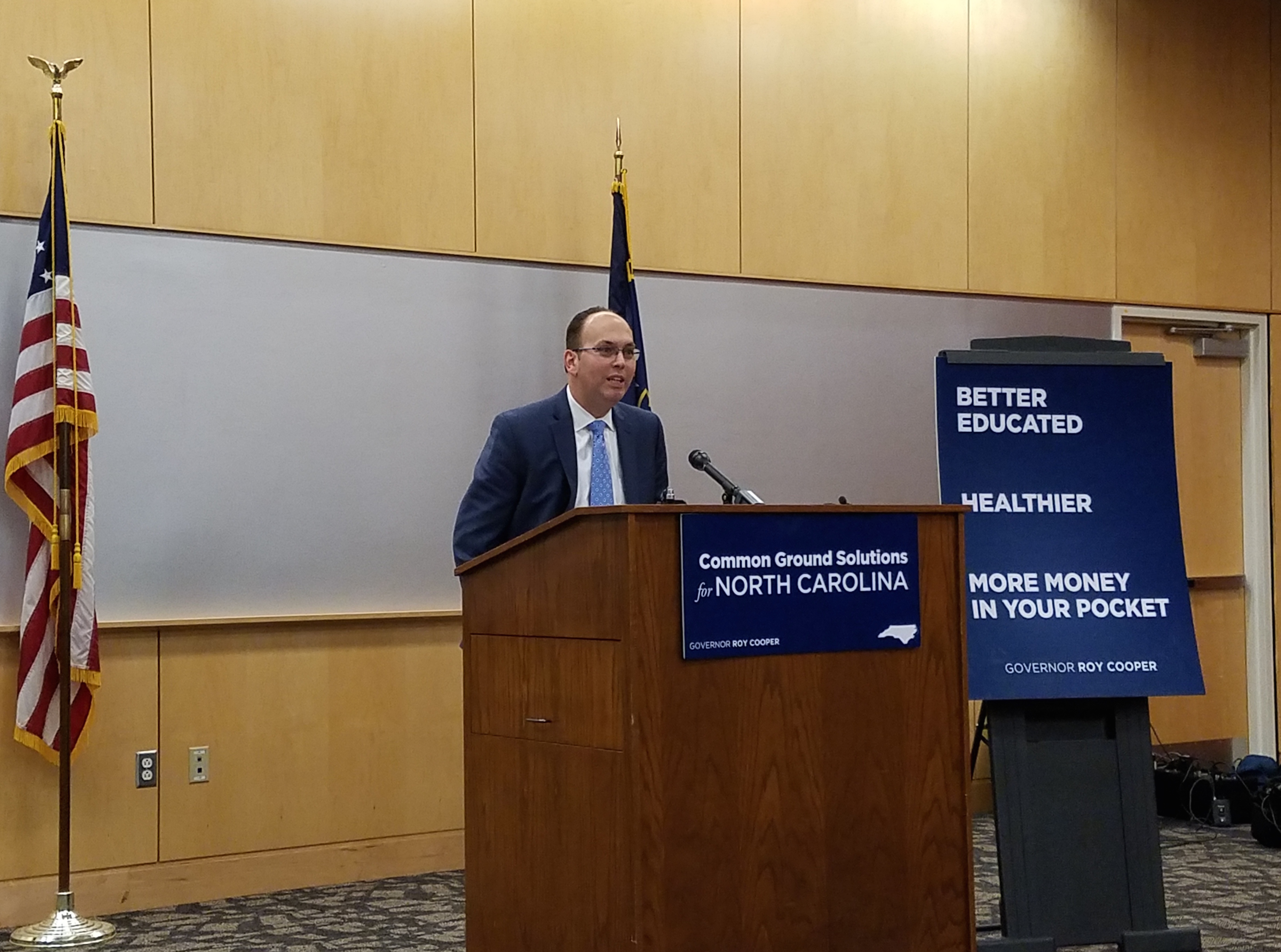 Charlie Perusse, state budget director, said Cooper and the budget office used a different method than TABOR to come up with a budget target. He said the budget office looked at “inflation and population growth as it relates to the bucket of services that state government provides.”

“We think a reasonable recurring budget growth would be in the 4.4 percent range,” Perusse said. He said that although the overall general fund growth is 5.1 percent, the change in recurring spending is 3.3 percent.

Recurring dollars in the budget refer to revenue sources the state can count on year after year, such as personal and corporate income taxes and sales taxes. Non-recurring revenues refer to one-time pots of money, such as surpluses in tax collections and reversions, or money budgeted in a state government department during a fiscal year and returned to the general fund.

Donald Bryson, Americans for Prosperity-NC state director, took issue with Cooper, including about his proposed Medicaid expansion plan as well as the overall increase in spending.

“This higher spending will either force substantially higher taxes on North Carolina families or cuts to other programs,” Bryson said. “He also is proposing a $10 million increase in handouts to Hollywood when we should be ending all corporate welfare, while he had railed against ‘corporate tax giveaways’ as a candidate for office.”

Cooper’s budget also called for phasing out the popular Opportunity Scholarship Program, which provides up to $4,200 a year to help children from lower income families to attend private schools.

The proposal would allow children receiving the vouchers, along with students who have been promised funds for the 2017-18 school year, to continue receiving the scholarships as long as they remain in the program, potentially until they graduate from high school. The budget proposal calls for no new students to receive the vouchers.

“It’s again about priorities,” Cooper said of ending the voucher program. “We believe that there should be a phase out of this where we can get our money in public education, where we have more accountability, and where more students can be benefitted.

Terry Stoops, director of education studies at the John Locke Foundation, took issue with phasing out the Opportunity Scholarship Program, which he doesn’t believe the General Assembly would approve anyway.

“Gov. Cooper ignores the strong demand for private school scholarships, especially among racial and ethnic minority groups,” Stoops said, noting that a majority of the scholarships go to children in those demographics. “There is no sense that the demand for private school scholarships is going to diminish in the future and he does low-income students a disservice by phasing out a program that has proven to be extremely popular in racial and ethnic minority communities.”

“Parents are the primary and most effective way of holding schools accountable, so every family that receives a scholarship will ensure that their child receives the education that they need based on the services provided by that school and not the outcome of a state test,” Stoops said. If accountability were the main reason to freeze the program, he said, Cooper would not have allowed the existing students to continue using the vouchers.