D’Annunzio: I Would Not Be Spoiler in Senate Race 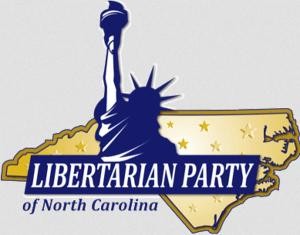 DURHAM – Tim D’Annunzio made a shocking admission during a Saturday candidate forum (video here): If he defeated Sean Haugh and won the Libertarian Party nomination for U.S. Senate, and Gregg Brannon got the Republican nod, he would not want to split the vote in the general election and allow Democratic incumbent Kay Hagan to retain the seat.

No policy difference generated as much audience buzz at the April 5 forum at the Hilton Garden Inn in Research Triangle Park as the Libertarian Party candidates’ views on the argument that a vote for a third party candidate is wasted, and too often plays a spoiler role in depriving a major party candidate of an electoral win.

“I’m going to be perfectly honest with you,” D’Annunzio said. “The last thing that I want to be responsible for if I receive the nomination is to allow Kay Hagan to defeat someone who is a libertarian because I split the libertarian vote in the name of the Libertarian Party.”

He said Brannon, a Cary OB/GYN who’s seeking the GOP Senate bid, is “just like I was when I was part of the Republican Party. [Brannon is] actually a libertarian [philosophically] who thinks the Republican Party is the way to get elected.” Running as a Republican, D’Annunzio lost a primary runoff for the 8th Congressional District in 2010, and the general election for the 4th Congressional District in 2012.

“I am sorry to say that my allegiance is not to the Libertarian Party. My allegiance is to the Constitution of the United States,” and having a senator who believes likewise, D’Annunzio said.

Haugh and D’Annunzio are the first Libertarian candidates for U.S. Senate to appear on a primary ballot in North Carolina. They agree on dramatic cutbacks in government reach, strong Second Amendment rights, staying out of the Russia-Ukraine imbroglio, repealing Obamacare, and scrapping Common Core curriculum standards, the Patriot Act, and the Federal Reserve.

But Haugh, of Durham, and D’Annunzio, of Raeford, hold different views on abortion, legalizing drugs, the scope of U.S. military action, and immigration controls.

D’Annunzio: ‘I would endorse’ Brannon

Asked after the forum how he could prevent voters from choosing him over Brannon if both were on the ballot, D’Annunzio said he would wait until closer to election day Nov. 4, and “if it looked like it was going to be a very tight race, and I was going to wind up being the cause of Greg Brannon to lose to whoever the Democrat was, Kay Hagan or whoever, I would endorse him, not withdraw.”

Brad Hessel, executive director of the Libertarian Party of North Carolina, declined “to speculate on hypotheticals, particularly not one based on a scenario as unlikely as Mr. Brannon winning the Republican primary.” He said to the best of his knowledge neither the national nor state Libertarian Party “has ever endorsed a candidate running as a Republican or Democrat.”

“If Brannon doesn’t win the nomination it’s not an issue,” D’Annunzio said, rejecting the contention that he would be throwing in the towel.

“That’s not my terminology. That’s not what I would be doing,” he said. “I’m not one of these pie in the sky guys who’s going to sit and say we can win this thing. No we can’t win this thing. The only thing we can hope for is to position ourselves to expand our party, and we expand the party by bringing more people into it” by helping a Libertarian such as Brannon, who espouses and has “the courage of his convictions,” to win.

D’Annunzio views his strategy “as an insurance policy” to ensure there would be “at least one constitutional conservative, one person who believed in liberty, on the ballot in the general election. ….I’m going to be that person if he [Brannon] loses. If he wins, I’m going to be there to make sure he doesn’t move to the left from where he ran in the primary.”

At the forum, Haugh was not impressed with his opponent’s reasoning. “I have no respect, none, for the spoiler argument,” Haugh said. “It is bogus on every level.”

Haugh believes it is “absolutely vital to have a Libertarian voice in every election possible, especially at the top of the ticket.” He said he would be excited to debate Brannon if both men won their parties’ nominations “because there are some stark differences” between them on the issues and their brand of libertarianism.

Political science has disproven there is a spoiler effect, Haugh said. But for those concerned about splitting the vote, he said, the antiwar themes in his campaign would place him to the left of Hagan, making it more likely he would drain votes from her.

Both candidates said it is time to end our military engagements in Iraq and Afghanistan.

“We need to just get out. My exit plan is to find a door and exit,” Haugh said. The United States is using its military might at the behest of other nations for “control of resources,” he said. America shouldn’t be a global policeman, he said, quoting George Washington’s admonition against foreign entanglements.

“We need to completely change [foreign policy] to free trade,” said Haugh, whose campaign is steeped in themes opposing war and seeking cooperation through trade and diplomacy.

“I do believe that there are instances where the president has to act” arbitrarily and swiftly, and that is why the founders made him commander in chief, said D’Annunzio, a former Army paratrooper.

But he lamented “the perversion it’s grown into.” American engagement in military struggles once were intended to expand freedom and better ideas around the world, D’Annunzio said. But now it seems to be more about other nations using our troops to secure their national desires.

Both candidates agree the federal government should not be involved in enacting and enforcing drug laws, though D’Annunzio said an argument might be made that drugs could be regulated as interstate commerce.

He said he is “on the fence” with drug legalization, especially illegal drugs that are more powerful than marijuana, but that decision should rest with the states.

“The war on drugs is a war … not only on our own people now, but a war between the state and federal governments,” said Haugh, who favors releasing all nonviolent prisoners jailed on drug charges. The country has shifted too far when militarized police SWAT teams raid homes because someone is smoking a plant, he said.

Neither candidate believes the federal government has a role in gay marriage or abortion.

D’Annunzio said he could make both constitutional and religious arguments for the case.

“I believe marriage is between a man and a woman. Anything else, you can call it what you want. That’s fine with me,” he said. “The federal government has no place in it,” and should not be allowed to define it.

He opposes abortion because the victim “is a human being guaranteed a right to life just like every other human being, and therefore under the Constitution every life is afforded the same right to life.”

Haugh said no level of government — state or federal — should have a role in those matters.

Setting aside morality and focusing on the economics of abortion, “Banning abortion works as well as banning alcohol, or drugs, or guns,” Haugh said. “You’re only going to make it more difficult for people. …You just add more death and more violence.”

Marriage “is one of the most deeply personal decisions you’re ever going to make, and to have government say we get to regulate who consenting adults can love and how they love them is unimaginable,” he said.

On illegal immigration, D’Annunzio said it is impractical to think all illegals can be deported, but “I don’t believe in amnesty.” He supports building a border fence and enforcing laws already on the books.

America was a nation built on immigration, but earlier arrivals came here for the ideas of freedom, a civil nation of laws, and to prosper through work. “Now they come to see what they can get from us,” D’Annunzio said.

Some people still come here to seek the American Dream, he said. “I think there are very, very few reasons why we should restrict free travel across our border.”

Haugh said the Patriot Act “is a total abomination. We need to repeal that immediately,” and to “abolish the [National Security Agency] and delete their files” because it crossed the line from the government “investigating you for potential criminal activities because they have a warrant … to simply snooping on everybody.”

D’Annunzio said the Patriot Act has been abused. It should be repealed and the Department of Homeland Security abolished. He favors keeping the NSA, but reining it in by requiring it to comply with constitutional due process guarantees.

Haugh’s top priority if elected would be “to stop drone warfare, and be the voice of conscience on that,” and deny the president’s unchecked practice of using the unmanned bombers because innocent women, children, neighbors, and first responders are killed in the process, causing hatred for the United States.

“I’m not 100 percent against drones,” D’Annunzio said. “It has to have a justified reason.” He added that his top priority as senator would be establishing “a litmus test” for legislation to ensure it “passes constitutional muster.”