Disaster relief highlights special session, but more may be in store

Gov. Pat McCrory has asked the General Assembly to write a $200 million check to help North Carolina residents and communities affected by Hurricane Matthew and the wildfires.

This is in addition to $300 million in recovery assistance from the federal government, part of a congressional resolution keeping Washington, D.C., funded until April.

U.S. Sen. Thom Tillis, R-N.C., led the state congressional delegation’s effort to secure the disaster assistance, which soon will be allocated to the state for initial immediate needs to assist the recovery effort, a news release says.

House Majority Leader John Bell, R-Wayne, said most of the money would go toward Hurricane Matthew recovery because the storm caused more damage to buildings and infrastructure than the wildfires, which broke out this fall in the western part of the state, including in Rutherford, Graham and Burke counties.

“This is our first shot at it,” Bell said, adding that lawmakers will still be dealing with recovery efforts in the 2017 regular session of the General Assembly, and probably during subsequent sessions, too.

Matthew struck coastal North Carolina in October and caused, according to some estimates, $2 billion in damage, as well as 28 deaths.

McCrory released a video Monday detailing many of the needs he hopes lawmakers will address during the special session. He called for money to provide for short-term housing for areas not covered by the Federal Emergency Management Agency. The money would provide grants for rental assistance, construction of new rental units, and repairs. 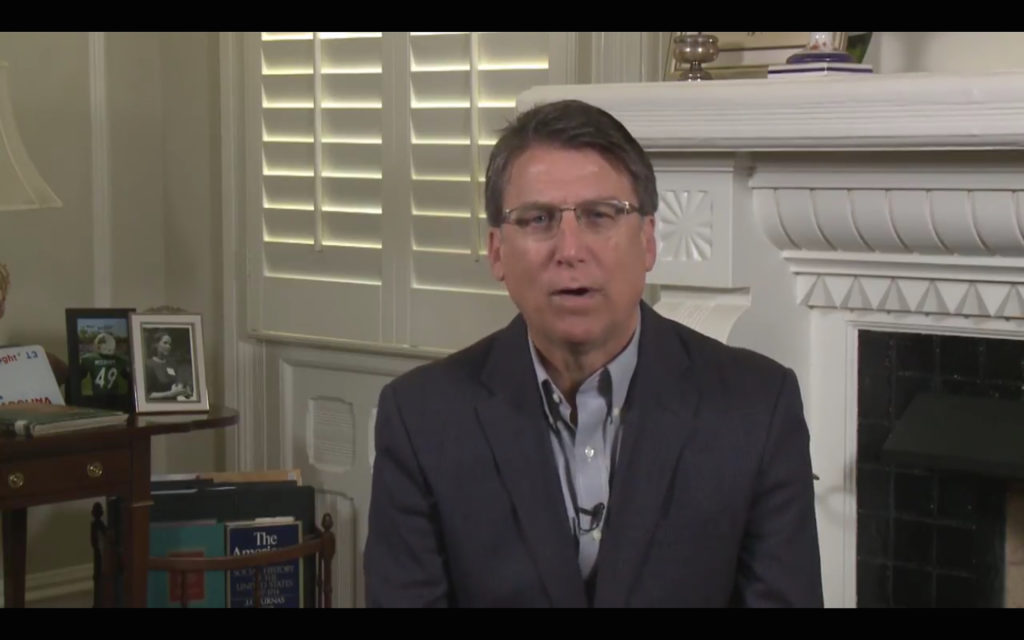 Money also would pay for repairs to infrastructure, trash pick-up, river maintenance, and other local needs. McCrory also wants lawmakers to address economic development to help “impacted businesses get back on their feet.” He’s asking for planning to rebuild communities so that they don’t face the same fate when future disasters strike, and pay for disaster relief directly to citizens.

Lawmakers are looking at options to give school systems calendar flexibility for the current school year.

Bell said those options include waiving some if not all of the days missed because of the storm.

“We have a number of displaced students,” Bell said. “We did have some schools destroyed.” Shuttle services are in place to take school children to class.

Money for the recovery fund will come from the state’s rainy day fund and from surpluses in revenue collections, Bell said.

McCrory said that the money can be made available without dipping further into taxpayers’ wallets.

“I’m proud that we can do this without a tax increase, because we were smart to build up our rainy day fund more than ever in North Carolina history,” McCrory said in his video.

McCrory’s proclamation leaving the purpose for the special session open-ended — along with results of the Nov. 8 election swinging the balance of power on the N.C. Supreme Court to the Democrats — have fueled speculation the General Assembly could use a provision in the N.C. Constitution to increase the number of justices on the court. That would allow McCrory, a Republican who lost his re-election bid to Democrat Roy Cooper, to appoint two Republicans to the state’s highest court. Such a move would keep a majority of Republicans on the officially nonpartisan Supreme Court.

On Monday, Common Cause North Carolina, a left-leaning advocacy group, unveiled an ad critical of the potential move. The North Carolina NAACP and Democracy North Carolina plan a rally at the Legislative Building on Tuesday in protest.

“Anything can come up when the door is open here,” Bell said.

Moreover, the General Assembly’s leadership could call a special session on their own at any time without the governor’s approval.

“They are also carefully reviewing what Gov.-elect Roy Cooper did as Senate majority leader in 2000 and prior, and will have to meet as a caucus to determine if they are going to address any other issues,” Auth said in a statement.

In 2000, when Cooper was majority leader of the Senate, the General Assembly increased the number of judges on the N.C. Court of Appeals from 12 to 15. The legislation allowed outgoing Democratic Gov. Jim Hunt to appoint the three new Democratic judges during his last month in office.

That came on the heels of a surge in Republican numbers in the state’s appellate courts.