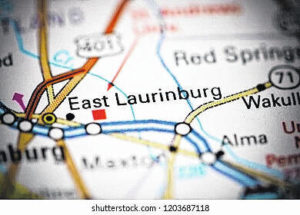 The Town of East Laurinburg’s charter hangs in the balance as the Local Government Commission recently voted unanimously to impound the town’s books and assume full control of its finances due to misappropriation of funds. It comes after an investigative report in October by State Auditor Beth Wood’s office.

State Treasurer Dale Folwell is chair of the LCG and Wood sits on the commission, along with Secretary of State Elaine Marshall.

The audit showed that an unnamed former finance officer, employed by the town from December 2016 through March 2018, used town funds for personal or questionable expenses that drained the town bank account, resulting in overdrafts and no money for town operations. For the year ended June 30, 2020, the Town operated on an annual budget of approximately $75,000.

The finance officer’s mother, a sitting town council member, countersigned the checks. The report ended by stating that the town council failed to provide oversight and lacked written accounting policies and procedures. Legal action was recommended.

The LGC passed a resolution in April recommending that the General Assembly revoke the charter of the Scotland County town, population 336, after details of the theft came to light.

“This is not a measure we ever want to take, but it is a necessary, last-resort action when a government unit fails repeatedly to comply with state regulations and statutes,” said State Treasurer Dale R. Folwell, CPA, who chairs the LGC in a  press release issued on November 3. “Town residents must have full faith and confidence that their government is acting in accordance with the law, money is properly accounted for, tax funds are not being misused and essential services are being provided.”

The LGC also cited the town’s failure to submit required audits since 2017 and being out of compliance, either willfully or negligently, with the Local Government Budget and Fiscal Control Act.

Provisions of the act require the town to “establish and maintain an accounting system designed to show in detail its assets, liabilities, equities, revenues, and expenditures (and) operate under an annual balanced budget ordinance.”

A call by Carolina Journal to East Laurinburg Town Hall went unanswered.  No word on when or if action will be taken by the General Assembly.

Turning back the clock