Elon Poll sheds light on N.C. voters’ political knowledge (of lack of it)

The poll found N.C. voters were more likely to identify federal and statewide elected officials than they were local officials. While North Carolinians may be able to pick Gov. Roy Cooper or U.S. Sen. Richard Burr out of a lineup, the same isn’t as likely for House Speaker Tim Moore, R-Cleveland, or Senate leader Phil Berger, R-Rockingham.

This trend isn’t unique to North Carolina. The poll points out that Pew Research Center, a nonpartisan think tank, found similar results across the country. The poll referenced a 2007 Pew study that found 62 percent of Americans could identity the NFL’s Peyton Manning while only 15 percent could identity Harry Reid as a U.S. senator.

“Low political knowledge is unfortunately an ever-present reality in American politics,” said Jason Husser, director of the Elon University Poll and assistant professor of political science and policy studies at Elon. “However, voters ‘get by’ with limited information by relying on shortcuts in decision-making. Chief among these shortcuts is party label.”

The poll was conducted via a mixed sample of cell phone and landline use between Feb. 12-15 and reached 625 N.C. voters. The margin of error for the poll is +/-3.92 percent. 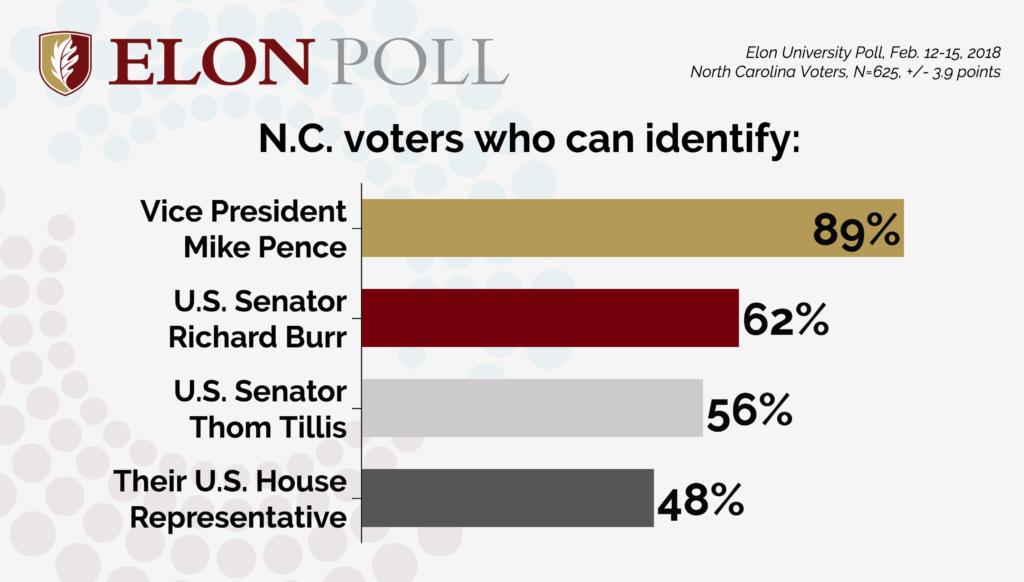 The exception to this trend is N.C. Labor Commissioner Cherie Berry. Nearly 50 percent of respondents correctly identified Berry’s office, which the poll credits to her picture and name posted in every elevator. The poll also accepted Elevator Lady or Elevator Queen, which comprised 65 percent of the correct answers to this question. 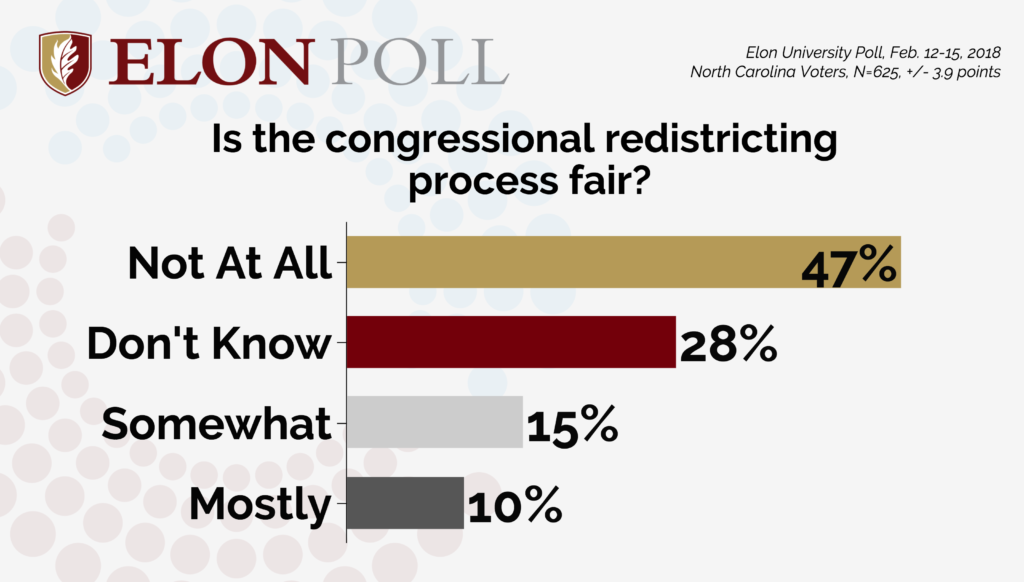 “Some political debates, like that of redistricting, would be much richer if more people started those conversations with key details — like who does redistricting and when it typically happens,” Husser said.

“Question order effects refer to the tendency of a question to be influenced by the questions proceeding it,” Husser explained. 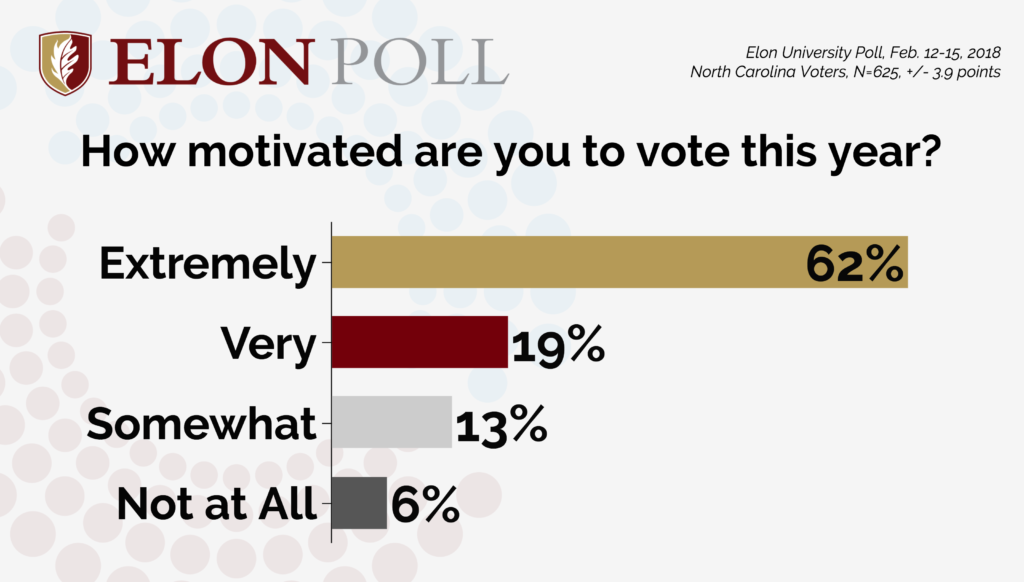 “It’s much easier to feel motivated than to actually turn out to vote. I don’t anticipate high turnout in 2018 based on evidence in this survey alone,” Husser said. “However, the survey result is suggestive that many North Carolina voters do feel motivated right now.”

Mark Robinson is right to focus on the dignity of work