The complaint, with the State Board of Ethics, was filed by former State Elections and Ethics Enforcement Board member John Lewis on Friday, Oct. 16. In it, Lewis notes that the Statement of Economic Interest Wooten, a lawyer, filed when he became a candidate for office didn’t disclose rental income from houses he owns.

Carolina Journal raised questions about whether Wooten lives in District 24. CJ reported that Wooten had rented two houses he owns in Greensboro. Since 2016, he also has used three other Guilford County addresses as his residence. 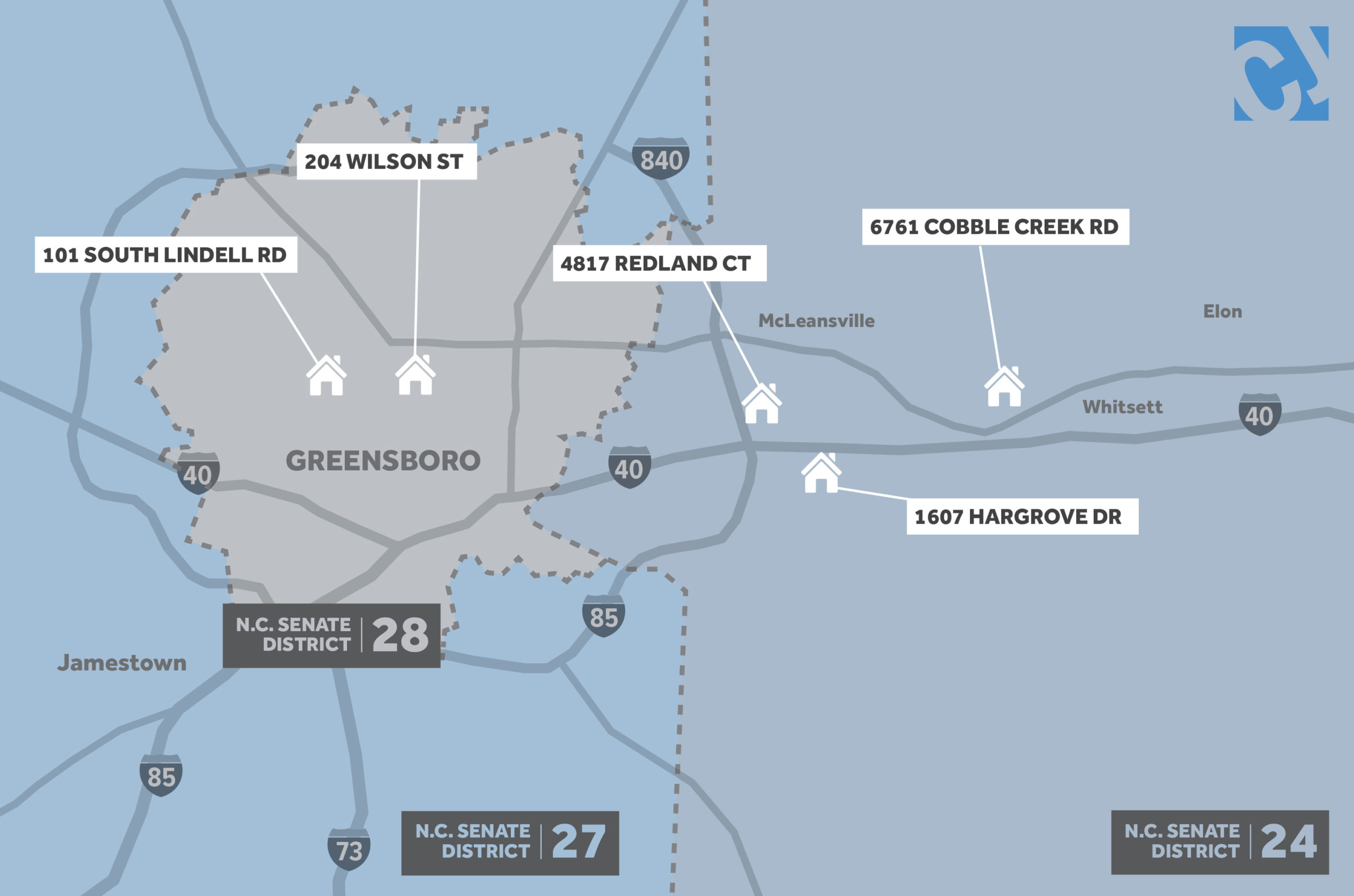 Since 2016, J.D. Wooten has listed five addresses as his residence in official documents. (CJ graphic)

Wooten’s Statement of Economic Interest listed one source of income exceeding $5,000 in 2019: payments from legal services at the Womble Bond Dickinson law firm.

State ethics law requires public officials, including lawmakers, to state all outside sources of income of more than $5,000 a year.

In a defamation lawsuit Wooten filed against his Republican opponent Amy Galey, Wooten said he began renting the house he owned on Wilson Street in Greensboro in July 2018 to “help cover the costs of the house.” He bought a second house in downtown Greensboro on Lindell Road, which closed on March 18, 2019. Wooten didn’t say he stopped collecting rent for the Wilson Street house.

Lewis asked the Ethics Commission to open an investigation under the State Ethics Act or to refer the investigation to the Attorney General’s Office.