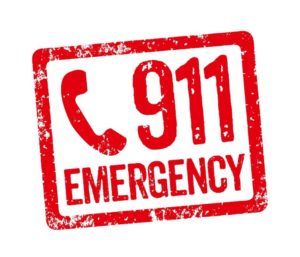 If you see a crime, who are you going to call? If you’re civic minded, the state’s toll-free 911 system.

In the near future, 911 callers also will be able to send photos, videos, and text messages of a crime in progress.

Those expanded features will be part of a seven-year, $99 million project that kicked in Sept. 15. The NC 911 Board contracted with AT&T to link all 117 primary call centers through the AT&T ESINet system by 2020.

High-speed connections on internet-based routing services will allow all call centers to communicate with one another. Every center will serve as a backup for any other center in the state in the event of a natural disaster or an overload of emergency calls. Outdated technology now prevents that connectivity at some centers.

“This partnership to move North Carolina’s 911 system from a legacy analog system to this next generation digital system has been many years in the design stage, and will result in a more effective and efficient 911 system,” said Richard Taylor, executive director of the NC 911 board.

More than 75 percent of 911 calls in North Carolina come from a mobile device, Taylor said.

Callers will be able to use those devices to send photos or videos that might provide a 911 operator more detailed information to relay to first responders, said state Emergency Management Director Mike Sprayberry of the Department of Public Safety.

Might image-happy callers clog up the system with too many photos and videos?

“There’s always that risk that you could get overloaded,” said Bill Holmes, spokesman for the state Department of Information Technology. Plans to ensure enough data storage to prevent that, and other details, remain to be worked out.

The text messaging capability would help in dangerous situations, Holmes said. For example, if a person is hiding from an intruder in a house, sending a silent text message would be safer than talking to a 911 operator.

The new technology will provide a more sophisticated ability to route calls based on the caller’s geographic location.

Firewalls and multiple layers of security to detect and prevent a system intrusion will help protect the 911 infrastructure from cyber threats.

Holmes said the order in which the 911 systems will be upgraded has yet to be decided.

Money set aside from the 60-cent monthly fee included on all phone bills will pay for the statewide upgrade.

There’s no indication the fee might need to be increased to cover project costs, nor does there seem to be an interest in doing so, Holmes said.