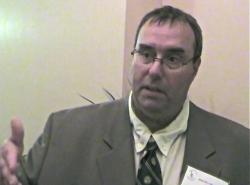 People would develop a much better understanding of the way the world works if economics professors did a better job. That’s a prescription from Peter Boettke, professor of economics at George Mason University and co-author of one of the field’s leading academic textbooks. Earlier this year, Boettke discussed the importance of economics during a presentation in Raleigh for a Campbell University audience. Boettke addressed similar themes in an interview with Mitch Kokai for Carolina Journal Radio. (Click here to find a station near you or to learn about the weekly CJ Radio podcast.)

Boettke: Very rarely do you have someone come up to you and say, “Ah, economics! I just fell in love with economics!” Except the people that are maybe next to you as professors of economics. So I want to sort of, like — OK, so imagine that our task is to teach students to be informed about this really sort of important aspect of our life. Almost every day, you get economic news, so we need economic literacy. But yet, we don’t quite get that message across. And so there’s this tremendous opportunity that gets wasted. In fact, you might be able to say that the “Principles of Economics” professor might be one of the most important public intellectuals in America today.

Kokai: Do you think people are more open now than they were before the financial crisis to learning about economics?

Boettke: There’s a series of things that caused that to happen. One of them is that economics is in the news every day, and so people want to learn more about what’s going on. You know, they hear all these things about the fiscal stimulus or why we’re having a jobless recovery. All these ideas are there, and it’s in their interest to learn about them, so there’s more discussion. But there’s also a big debate that’s gone on, and you’ve got to give Ron Paul a lot of credit for this because he’s raised this issue about what the role of the Fed is in all of this, which means people are then exploring it. And the Internet has provided economic resources for people to educate themselves in a way that they never had that opportunity before in the past. So it’s pretty phenomenal right now what’s going on.

One of the things that I really find at a good level, a sort of high level of economic discourse, is Russ Roberts’ podcast, you know, which I think people can listen to all over the world and learn about economic ideas and ideas of different authors that even oppose the market, but also are the defenders of the market, in a way that is just phenomenal. And YouTube clips. Gary Becker’s class on human capital is now available on YouTube, and you can get the whole class. So I think it’s amazing what’s happening with education. And I don’t think our side, which has been very good, has just scratched the surface of how we can affect social media, the Internet, all that kind of stuff, to advance our economic ideas.

Kokai: Most people who hear us are not going to go back to school and become economics majors. What are some basic things these folks should know about economics that would help them?

Boettke: I think the No. 1 thing is to focus on incentives, and the big issue to ask yourself about our society is that I think most people would buy the statement that we want to live in a society of free and responsible individuals. And I think then it takes a little bit of education to get them to understand that a society of free and responsible individuals would have individuals participating within a market economy based on profit and loss.

The real puzzle for our modern times is that when people are given freedom, but without responsibility, and they’re able to participate in a market economy without worrying about losses — so they can privatize the profits, but socialize the losses — why should we be surprised when people get haywire, right? When the system falls apart? Because if people have freedom, but no responsibility, they act irresponsibly. If people can engage in a market economy and privatize the profits, but socialize the losses, they’re going to engage in riskier behavior.

Getting that message across … now, what I ended up with was a very subtle and complicated thing, but what I began with was a very basic thing. Incentives matter, and in order to have those incentives work, you want to have freedom and responsibility, right? And a market economy of profit and loss.

Kokai: What you’re saying seems to make a lot of sense, but why does it seem that so many people in Washington, D.C., aren’t buying into any of this?

Boettke: Because of incentives. The incentives in democratic politics — by definition, a politician wants to get elected. All right. And in order to get elected, he needs votes and campaign contributions. Voters also face incentives, and they — you know, what is the incentive for them to pass an informed vote? So what happens is we get a bias in the political process which concentrates benefits on well-organized and well-informed interest groups, and disperses the costs on the unorganized and ill-informed mass of voters. So we have concentrated benefits in the short run, dispersed costs in the long run.

So think about the evolution in a market economy of cell phones. We’re old enough; we remember when cell phones were the size of your head. Now they’re like these little things. As they grew [in use], they got less expensive, even. So they were real expensive, then they got less expensive, and they were used by more and more people in a network. That’s how markets work. Note that that’s to concentrate costs in the short run, but disperse the benefits in the long run.

Politics is the exact opposite. Concentrate the benefits in the short run, and disperse the costs in the long run. So good politics conflicts with good economics, and in Washington, D.C., the coin of the realm is politics, and not economics, and so the economic ideas that cater to the concentration of benefits and the dispersion of cost are going to be the ones that get used by politicians. The ones that are going to be unpopular are going to be the ones that, you know, demand that politicians be constrained in their behavior, that you allow the market economy to operate. … That’s the explanation I would give.

Kokai: If the problems are built into the system and not just the result of some crooks in office, how do we make a change?

Boettke: Yeah. Well, I think that that means that you have to change the rules of politics. Jim Buchanan, my teacher, has an essay which says it’s not better players, it’s better rules that make a better game. … We want to have a better game in politics, so we need to have rules that constrain the discretionary authority of political actors. And when we do that, we’ll be able to have better political games.

Kokai: Do you have any confidence that we’ll reach a point [at which] enough people share that view that we need some sort of change?

Boettke: I think that we’re at a pivotal point right now because of the fiscal crisis, and as a result, I think those fiscal crises are going to force us — I mean by that not only the federal debt issues, but the local municipalities, the unfunded liabilities at the state level and whatnot — I think that we’re going to have to have a day of reckoning, in which we rethink the scale and scope of government. And it’s precisely at that moment of rethinking the scale and scope of government that we may be able to have discourse about rules that would allow us to live better together, rather than rules that allow us to exploit some — you know, benefit some — at the expense of others.