George Leef reports the latest in speech infringement on campuses 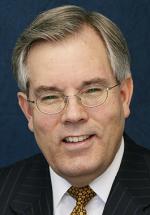 Today, Carolina Journal Radio’s Donna Martinez discusses oppressive campus speech codes with George Leef, vice president for research with the Pope Center for Higher Education Policy. (Go here to find a station near you or to learn about the weekly CJ Radio podcast.)

Martinez: George, let’s start with the legality of this. Legally, can a university actually limit protests to a certain area of the campus?

Leef: Public universities are subject to the First Amendment. State universities in North Carolina are subject to the requirements that we not unduly infringe upon the free speech rights of students or faculty members or anybody else. Now, private universities are not subject to the First Amendment. They can have whatever rules they want to. But when we’re talking about public universities, the Supreme Court has made it plain that they are subject to the First Amendment and that no restrictions on freedom of speech — beyond that which may be reasonable to restrain protests as to time and place — are acceptable. For instance, it would be acceptable for a university to say you may not have a protest outside a classroom building while classes are going on — perfectly reasonable restriction on time and place. Or, you may not do so if it interferes with ingress and egress of people from buildings. But the restrictions have got to be reasonable. The idea is that the default position should be freedom of speech, freedom of assembly — they should prevail, and only to the extent that it’s reasonable to restrain it as to time and place, can the universities make infringements upon it.

Martinez: What about content, what someone wants to say?

Leef: That opens up a very, very interesting area for discussion. Many universities have adopted speech codes, or their first cousin, oftentimes called harassment policies, which purport to limit what people can say by saying, “Well, we’re not going to tolerate any speech that is harassing.” Well, the Supreme Court and other courts have weighed in on this issue as well. And they’ve said that only if we’re talking about conduct that is so pervasive, repeated and objectively objectionable that it gets in the way of the ability of students to learn, can it be restricted, can speech be restricted. What they’ve said you cannot do is just have a vague, broad policy saying, “Well, any speech that someone finds offensive or claims is harassing can be subjected to a punishment.”

Martinez: It’s interesting, George, because over the past several years, I think we can all recall examples around the country where there have been professors on different campuses who have said things most Americans would consider to be outrageous. You had a lot of 9/11 conspiracies going on, for example.

Leef: Yes, yes.
Martinez: Some professors saying that they felt the U.S. government knew about it, or planned 9/11. Now, that kind of speech, while objectionable, can go on, correct?

Leef: Yes. Professors are given very, very extensive protection, under what is referred to as the policy of academic freedom, to say what they want to say. Now, some universities have tried to limit what professors can say by telling them, “We really don’t want you abusing your position and going off on tangents in the classroom.” But, for the most part, the professors get away with whatever they want to. And the problem here is putting reasonable boundaries on the professors. If they want to say outside of class whatever is on their mind, there should be no restriction on that. The question is, what is going on in the classroom? The students have paid for a class in history, for example. Should the time be used for the professor’s own particular theories about 9/11?

Martinez: George, let’s talk about a brewing controversy here in North Carolina. Winston-Salem State University has gotten a little bit of heat lately over the issue of what some people would say is an infringement on the rights of their students to speak. Other people say, no, it’s the right of the university to tell students you have to go to a certain place. Give us a brief overview of what’s happening at Winston-Salem State.

Leef: Yes, recently, Winston-Salem State adopted a policy which creates a free speech zone on campus, and it says that any unplanned protest or rally, or anything of that sort, must take place within a small, designated area on campus. Now, that was promptly challenged by an organization called the Foundation for Individual Rights in Education.

Leef: FIRE — which specializes in identifying First Amendment problems on campus. In fact, FIRE did a thorough study of the UNC system for the Pope Center several years ago and found that most of the campuses had some policy that interfered with free speech rights as the courts have determined them to be. So, FIRE has announced and written to the chancellor at Winston-Salem State, saying that this policy is too vague, it’s too restrictive — it’s not reasonable to limit protest and rallies just to this tiny area of campus.

Martinez: And we’ll see how this one turns out. It’s still developing.

Leef: But this is going beyond, in [FIRE’s]view, the reasonable restrictions on time and place that can be tolerated.

Martinez: And, in fact, didn’t UNC-Greensboro do something similar a couple of years ago?

Leef: Yes. Several years ago UNC-Greensboro had a similar policy that said if you want to have a protest you can do so only within this little, small area on campus. And two students violated the rule by protesting the rule. They went out in a non-free speech zone and held a banner saying, “We protest the university’s policy on free speech.” And the students were punished for doing that. And then the case was taken up by FIRE, and the university wound up backing down in that instance.

Martinez: George, do you find, in general, that students are concerned about this issue of association and speech on campus? Or, are they just way too busy with class?

Folwell wants Cooper to give local governments a break