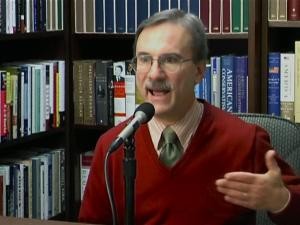 When a North Carolina hospital wants to expand services to a new location, add more beds at its current location, or even purchase major medical equipment, it needs permission from state government. Dr. Roy Cordato, vice president for research and resident scholar at the John Locke Foundation, has studied the impact of this state intervention into the medical services field. He discussed the topic with Donna Martinez for Carolina Journal Radio. (Click here to find a station near you or to learn about the weekly CJ Radio podcast.)

Martinez: Explain for us the latest example of this. It is happening again in Wake County.

Cordato: Yes, apparently both Duke Hospital and Rex Hospital are looking to make expansions … and they can’t just make those expansions. What they have to do is go through a process called “certificate of need,” which means they have to go to the state. The state has to do a very elaborate study to see if these services are “needed” by the public. And if they are, then they get permission from the state to go ahead with this. Very often these things are turned down. The government decides that these aren’t needed, and the facilities do not get produced. Essentially, the government is there to say, there’s too much health care of one type or another. And it’s not just hospitals. If a doctor’s office wants to buy an MRI machine, or a clinic does — or some other new equipment — it has to go through this same process and, very often, they’re turned down.

Martinez: Well, Roy, if a hospital or a group of doctors has looked at their business plan and decided it will benefit their business, and also in the process, benefit their customers and patients to expand in some way, why would the state have the right to step in? If they’ve already determined they think it’s going to work for their business plan, why wouldn’t they be allowed to simply go out into the marketplace, offer a new service, and then if it works, great, and if it doesn’t, well, then they can stop offering that service?

Cordato: Of course, and that’s the way it should be. That’s the way it is in all other industries. The argument is that health care is different, and that’s kind of based on the old way that Medicare was reimbursed. It was cost-based, so if you just found ways to add cost, you could get higher reimbursements. That’s not the case anymore. Many states have gotten rid of their certificate-of-need plans, and the studies have shown that, in getting rid of the certificate of need, you do not raise costs — that the model that’s being tested has been proven wrong.

Martinez: So basically, the state, if I understand you correctly, the state is saying the fewer medical services that we have to offer citizens of North Carolina, the lower the cost would be?

Martinez: Doesn’t that turn economics on its head?

Cordato: It absolutely does. It makes no sense, especially in this day and age when everything — the whole push is to get more and more demand into the market. I mean, what’s going on in Washington, D.C., right now is to try to find ways to put — well, depending on whose estimates you’re looking at, anywhere from 30 million to 48 [million] or 49 million people into the market. We have a system where they should be saying, “How are we going to service these people? We need more hospital beds. We’re going to need more MRI machines. We’re going to need more of all these services.” Yet we have a state board whose job it is to say, “No, we need less.”

Martinez: It sounds like hospitals would be against this type of regulation — basically thwarting their ability to do what they want with their business. Are they against this?

Cordato: No, they are not, not typically. Unless they’re going for a certificate of need themselves at a particular point in time. Even then, they’re not really against it. The fact is, they like it because, what this does is, it keeps competition out of the market. Wouldn’t we all like, if we were businessmen, a law that says any time any potential competitor wants to come into the market, they have to go through this whole long process of being approved by the state?

Martinez: In fact, in some of your writings on this, Roy, you give the example of a Chinese restaurant. Explain the analogy — if this same regulation were in place and you wanted to operate a restaurant.

Cordato: Sure. Right now, if this regulation were in place in Chinese restaurants, they [the state] would have to decide whether, in a particular area, another Chinese restaurant was “needed” — if the items on that menu were “needed.” And, if they decided to offer, in addition to Chinese food, maybe pizza on their buffet, that would have to be approved separately in the pizza category.

Martinez: Now this is just silly.

Cordato: Yes, it is. But that is exactly how certificate of need works. And, of course, if you were an existing Chinese restaurant, you’d like it, right? Because all your potential competitors would have to go through this crazy process, and, in all probability, they will get turned down. So you can see why big hospitals tend to like this; it protects them from competition and essentially creates hospital cartels in different areas. And it’s not just about hospitals. As I said, we have cases where doctors’ offices want to expand by putting in an MRI machine instead of sending all their patients out to some MRI center — where here they want to do it in-house. That has to go through a similar process, and very often it gets turned down. So, it puts the government in this very strange position of, on the one hand, saying we want to promote health care and we want to make health care available to more and more people while, on the other hand, saying time after time after time — no, we have too many health care facilities in this area or the other area.

Martinez: Some states have actually done away with their certificate-of-need laws. So why did states start doing this in the first place? What’s the genesis of this?

Cordato: As I said, it goes back to the early 1970s and the way Medicare was being reimbursed.

Martinez: So this was a federal law that states had to follow?

Cordato: Right, it was. But the feds, then, when they changed their procedure, in terms of Medicare, got rid of that law. And so, then it was up to the states to get rid of their laws, and most of them did not, unfortunately. That’s because once that law was in place, the hospitals that were under it realized, “Gee, this isn’t a bad thing. I have all this protection from competition.” And what you see is, when one hospital wants to expand or a new hospital, new company, wants to build a hospital, they’re always opposed in this certificate-of-need process by the existing hospitals. The existing hospitals get together and essentially oppose them through the certificate-of-need process. This happened in Harnett County a few years ago when a for-profit company wanted to build a new hospital.

Martinez: So this is happening in counties all around North Carolina?

Cordato: Oh, yes, not just in Wake County. It’s all over the state.

Martinez: Finally, is there any push in the North Carolina legislature from any legislators who are thinking this is a bad idea?

Cordato: Unfortunately not. Occasionally a legislator will get it, but it’s not a real high priority. In this day and age, when people are concerned about access to health care, it should be a priority.