Friday Interview: Examining a Key Battle In the Iraq War 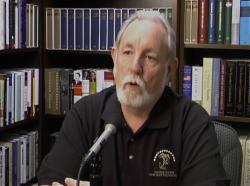 The history of the Iraq War is far from complete, but historians have started to examine key episodes from the conflict. Richard Lowry targets an important campaign in the book New Dawn: The Battles for Fallujah. Lowry discussed the book with Mitch Kokai for Carolina Journal Radio. (Click here to find a station near you or to learn about the weekly CJ Radio podcast.)

Kokai: First of all, why write a book about this key battle in Iraq while the war is still going on? Why is it important to write this now?

Lowry: Well, I believe that if something has happened yesterday, it’s history. And it’s very, very important for me to be able to capture the stories of the young men that actually fought that battle as soon after the battle as possible. So I started interviewing soldiers, sailors, and Marines in 2006 after the battle, which was in late 2004, to get the stories while they were still fresh in their minds.

Kokai: Remind us why Fallujah was so important.

Lowry: Fallujah was the turning point of the war in Iraq, albeit in late 2004 and many, many years before the war came to a successful conclusion, where we are today, where we’re withdrawing most of our troops. In late 2003 and up through most of 2004, the country was in chaos. Anarchy ruled, and we really didn’t have control of the situation — we the allies, we the American forces. The battle of Fallujah was the turning point, at which point in time successful clearing of Fallujah started the process that enabled us to gain control throughout Iraq.

Kokai: In getting to that point, what had to happen? What turned the chaos into the road to success?

Lowry: Oh, that’s interesting. You need to know a little bit about what happened in Fallujah after the initial invasion in March of 2003 to answer that question. Throughout 2003 and into 2004, Fallujah was pretty much ignored by the allies, the allied forces. The 82nd Airborne was given responsibility for that area, and they had a small force around Fallujah, which was not large enough to ensure that law and order presided in the city. So the soldiers of the 82nd Airborne had a siege mentality. They stayed in their bases, and they pretty much surrounded Fallujah and left Fallujah to the Fallujans.

And in doing that, it became a safe haven for the insurgency, for disgruntled Baath Party members, for former Republican Guard generals and soldiers who were now out of work, for Islamic fundamentalists, and for jihadists who were coming from all over the world to kill Americans. It was absolutely imperative that that city be cleared of those insurgents — all of those groups of insurgents — prior to the 2005 election because they were spreading terror throughout the nation, and the elections would not have been successful had we allowed that sore to fester in Fallujah.

Kokai: With what happened in Fallujah, how did that influence the course of the war?

Lowry: Well, al-Qaeda had set up their leadership and their center of power in Fallujah in late 2003 and early 2004. Al-Zarqawi, who later became the head of al-Qaeda in Iraq, was quartered in Fallujah. By moving into Fallujah and clearing that city, it forced the al-Qaeda leadership and the other insurgents — many other organizations — to go on the run. And from that point forward, our enemy was on his heels. He was on the run in Anbar province, and it took us many years to track the rest of them down and finally gain control throughout the entire country. But the significance of Fallujah was that it was the beginning of the end for al-Qaeda in Iraq.

Kokai: I understand that one of the points you make in this book is that, not only was this significant for the Iraq war, but this has also played a role now as we focus again on Afghanistan.

Lowry: Oh, absolutely. There were actually two battles for Fallujah. One was spurred by the ambush of four Blackwater contractors who were escorting a small convoy out into western Iraq. And they stumbled into the city, were ambushed [and] murdered. Their bodies were burned and dragged though the streets, mutilated, and two of them were hung from the western bridge in Fallujah. That battle was rife with lessons learned of what not to do, of what we should not do in a counterinsurgency fight.

We learned many, many things in that first battle — Operation Vigilant Resolve — although it wasn’t successful. But then in November and December of 2004, we went back into the city. Our commanders were allowed to take the time to develop a plan and execute that plan to evacuate the civilian population, to work with the Iraqi Army. All of these are lessons that were learned that we are using today in Afghanistan — to give the civilian population time to get out of the way of any kinetic events, to even give the enemy a chance to flee and not stand and fight.

We’d much rather clear an area and hold it than use violent action against them. And we’re doing that in Afghanistan now. And to always start with, work with, and stay with the government of the people that we’re fighting for. And those are the major lessons that we learned in Fallujah.

Kokai: Let’s talk a little about the book itself, which could have been a chat with generals or politicians or the people in charge, but I understand that New Dawn has hundreds of interviews. Tell us about it.

Lowry: Yes. I interviewed over 150 participants of the battle and put those stories — they are the eyewitness accounts of the people who were actually there and fought the fight — I put those stories together into a compelling larger story that helps the American people understand what our young men and women are sacrificing in the War on Terror today in Afghanistan and what they did sacrifice in Iraq.

The reason I wrote this book is so that people understand the sacrifices that our brave young men and women are making. It’s much more important for me to convey to the American people what’s really happening in the war than to try to present some lesson to be learned from it. I tell the stories, I try to do it as truthfully as possible, and I leave the reader to make decisions on what went right and what went wrong.

Americans have little taste for war in Ukraine, poll finds

Redistricting arguments at N.C. Supreme Court will get extra time