Author outlines the fascist system's ties to the ideological Left 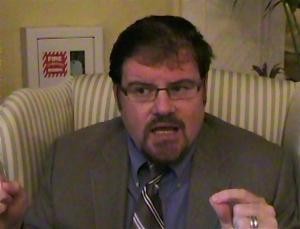 People who object to modern-day liberal policies often hear the insult “fascist” or even “Nazi.” Jonah Goldberg, editor-at-large for National Review Online, says those insults are aimed in the wrong direction. Goldberg has spent much of his career debunking the notion that a conservative viewpoint has anything to do with fascist ideas. Goldberg discussed his book Liberal Fascism with Mitch Kokai for Carolina Journal Radio. (Click here to find a station near you or to learn about the weekly CJ Radio podcast.)

Kokai: Some people see the title of the book and say, “Well, he’s calling all liberals fascists.”

Goldberg: That’s not what I’m saying. The title of my book actually comes from a speech by H.G. Wells. People forget that H.G. Wells was one of the most important progressive figures in the English language, for progressives. And he was the one who called for something called “liberal fascism.” He also called for “enlightened Nazism,” and I could have called my book that and really made friends. The basic argument, at least of the first half of the book, is that we have been taught, as a culture, that the further you move to the right, in the Anglo-American tradition, the closer you get to Nazism. And not only is this wrong, it’s a terrible slander. The reality is that … look, I define right wing basically as two pillars, right? One is traditional values, family values, Judeo-Christian tradition, however you want to define it, and the other one is free markets, free minds, libertarianism, all that kind of stuff. Those two pillars were exactly what fascist movements in Europe fought against. They were opposed to tradition, opposed to Christianity, and opposed to limited government, and opposed to free markets. That was what they were standing for. And so what I try to do, in the first half of the book, is simply correct the record and show — and I think I do it fairly well — that by any fair, objective definition of right wing and left wing, in the Anglo-American tradition, fascism has to be seen as a left-wing phenomenon.

Kokai: Why do you have to make that case?

Goldberg: Because so much of the political debate for the last 70 years has been defined by this often sincere, but flagrantly wrong, impression that the Left has that they are, by fighting conservatism, by fighting libertarianism, they are fighting fascism. Meanwhile, things that a visitor from Mars would recognize as fascistic get almost no scrutiny on the Left. And one of the only lessons I really want the Left to take from the book, one of my hopes was that the word “fascist” [would] be removed from political discourse, not become more popular. And on that front I failed completely. But it’s to understand that fascism was … the Nazis didn’t flip a coin and lose and decide they were going to be the villains of the 20th century. No one decides they want to wear the black hats and be the bad guys for all time and get played by bad British actors in World War II movies.

Fascism crept in as a progressive, modern, forward-thinking phenomenon. And there are a million different clichés about how the road to hell is paved with good intentions and all of the rest. That doesn’t mean they’re not true. It takes no intellectual courage whatsoever to look at things you don’t like and yell “fascist.” It takes real intellectual courage to look at things you do like that seem good, that seem helpful, that seem to be moving the wheel of history forward, and say, “Hey, gosh, what could this lead to?” And that was the lesson for progressives that I thought was very important. I also thought it was fair to sort of exonerate conservatism, which I believe in passionately, from what was essentially a false and libelous charge.

Kokai: This book came out in 2007. Does the election of Barack Obama in 2008 prove your point?

Goldberg: I needed to do two things. One is I had to have the very clear caveat that nowhere in my book, nowhere, do I say that liberals are Hitlerite genocidal racists who want to kill people and round them up and all that kind of thing. I don’t do what the Left does and make reckless ad Hitlerum charges, and I don’t think Barack Obama is a Hitler. I don’t think he’s a Stalin. I don’t think he’s a Mussolini. And while I think it’s unfair to say those things about Obama, I think it’s even more unfair to say those things about Americans. The idea that we would support anybody like that is just not in the American character. We are a liberty-loving people, deeply addicted in the habits of our heart to constitutional government, and we won’t go that way.

That said, it does seem like Barack Obama is determined to prove the arguments laid out in my book and with reckless abandon. At times it seems as if he saw the book and said, “Gosh, I got to help this guy sell books.” Because everything, from the way he campaigned — this messianic, sacralized version of politics, where politics are going to be redemptory and utopian and all of the rest, to the corporatist means by which he is running the government, where government and big business get in bed together to squeeze out the little guy, squeeze out the entrepreneur, to redistribute wealth — all of these things come straight out of the arguments I made originally in the book about Hillary Clinton.

And it turns out that Barack Obama out-liberal-fascists Hillary Clinton, which was an amazing thing. And I think anybody who read the book before Barack Obama came along has been amazed. I get hundreds of e-mails from people saying, “How did you know?” I didn’t know. But I think it sort of confirms my basic argument about the thrust of contemporary liberalism, that it does have this family resemblance to fascistic movements and leftist movements generally. Because one of the main arguments I make in the book is that the differences between leftist movements are very small in their emotions and in their categorical thinking. People say, “How could Nazis be on the left since Nazis and Communists hated each other?” Well, it was Coke versus Pepsi. It wasn’t a categorical difference. It was the tyranny of small differences that really made them hate each other. They were two dogs fighting over the same bone.

Kokai: What lessons from history should we pay particularly close attention to today?

Goldberg: The most dangerous thing, generically, in a democracy, is groupthink. And I think there are an enormous number of people who watch politics like it’s a TV show and think, “Ah, this bickering is annoying, and … some people say this, and some people say that. Why can’t they all shut up and just agree?” And I have sympathy with their exhaustion. As a pundit, I’m trolling around in this muck 24/7. But the simple fact is that democracy is about disagreement, not about agreement. And when you hear people like Barack Obama saying “I don’t want to hear any talk from the people I disagree with,” or when you hear people like Al Gore say “the time for debate is over,” well, screw you, this is a democracy. And in a democracy, the time for debate is never over.

There is this yearning out there for us to get past partisanship and past our philosophical differences and our ideological divide and all of the rest. What I would ask people to listen for when they hear that, when they hear about this post-partisan nonsense, is ask yourself: Have you ever heard somebody say we really need to move beyond these ideological labels, move beyond this philosophical divide, and so, therefore, I’m going to abandon all of my principles and agree with you? No one ever says that. They only say that when they want you to shut up and get with their program. And so I would say that this quest for unity, this quest for silencing dissent, it is in that climate that history’s greatest mistakes and crimes are made.

Regardless of whether or not you agree with Obama’s rhetoric or Obama’s program or agenda, let’s keep in mind that I don’t think dissent is the highest form of patriotism, but I think it’s really scary that now we’re hearing that dissent is the lowest form of racism. In a democracy, we’re supposed to have arguments. When you hear people say “no more arguments,” you should flip the safety on your metaphorical rifle.