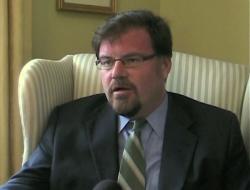 In early 2009, with President Barack Obama riding a high off a recent electoral win, would anyone have predicted that the American political scene in 2011 would look so much different? It’s a fascinating development for Jonah Goldberg, the National Review Online editor-at-large and author of The New York Times No. 1 best-seller Liberal Fascism. Goldberg discussed the issue with Mitch Kokai for Carolina Journal Radio. (Click here to find a station near you or to learn about the weekly CJ Radio podcast.)

Kokai: What has changed?

Goldberg: Basically, all of the liberal conventional wisdom — forget “liberal” — all of the conventional wisdom that you would hear from mainstream political scientists, economists, historians, about how the American people should react to the last two years has not played out, right? I mean, according to classic liberal political science, when you go into a very serious financial crisis like the worst recession we’ve had since the Great Depression, the American people are supposed to rally around big, New Deal, Great Society-type programs. Didn’t happen.

Instead, what you got was this popular mass movement called the Tea Parties, which wanted the exact opposite of those things. Nobody predicted that. Historically, the Democrats were gambling on this idea that the American people always rally around new entitlements once they have them. They might oppose them in theory or in the abstract, but once they actually get them, they grow popular. That hasn’t happened. Obamacare has only gotten more unpopular.

We were told that conservatism was dead two years ago. We were told that ideological conservatism wouldn’t attract independents. That hasn’t happened. We were told we’re at the dawn of a new New Deal. Instead, what we’ve seen in state after state — places like New Jersey, independents went wildly for someone like Chris Christie. In Virginia, which was supposed to be trending purple and moving away because it showed that the solid South was no longer Republican, they elected a strong social conservative.

You can go down this list of things. And as a conservative, I’m very reluctant to say that this is a new era, because conservatives are supposed to believe there’s nothing new under the sun — and I’m usually the one who’s pooh-poohing other people when they talk about “we’re in a new era” — but at the very least, the ground rules that a lot of people operated on in conventional politics seem to be at least suspended. We saw a massive oil spill in the Gulf, and historically that has always bolstered the environmental movement. Oil drilling is more popular than it’s been in a very long time.

And so I think one of the things that has Obama at a disadvantage is that, for all of this charisma, all of his charm, all of his ability to articulate things as if they sound like new ideas or new approaches, he really is in very many ways a creature of sort of the Mondale Democratic Party, as we saw in this speech where he’s responding to the Republicans on the deficit and the debt. It was so purely a form of reactionary liberalism, where he was just going to — he said everything has to be on the table, and then he serially took everything that liberals care about off the table.

I think it’s one of the reasons why he is so tone deaf to the political moment. And I’m not saying that the Republicans have necessarily got the right tone right now, but if I were Obama, I wouldn’t be counting on the rules of conventional wisdom helping him out as much as they might have in the past.

Kokai: What impact are the Tea Parties having?

Goldberg: I think that the Tea Parties are a wholly beneficial phenomenon for American politics. That doesn’t mean there aren’t individual cranks or weirdos or guys dressed up like Thomas Paine who haven’t had a job in 20 years running around at some Tea Party event. But I’ve spoken to three Tea Party rallies, and the overwhelming majority of these people are decent, serious people who’ve gone to school on what they care about. What I like about their influence, in general, is it is incredibly useful for the leadership of the Republican Party to say, “Hey, look, my hands are tied. These guys are crazy!”

And when [Senate Majority Leader] Harry Reid goes out there and says the Republican Party is beholden to the Tea Parties and says that the Tea Parties are so unreasonable and all of the rest, it gives someone like [House Majority Leader] John Boehner a little more room to say, “Well, you know, look, it’s not my fault. I’d cut a deal with you, but I mean, these guys just won’t let me.” And it moves the center of gravity in a more beneficial direction. That doesn’t mean that everything — the final deals — are all to my liking. I wish in some ways they had more influence. But the ability to have the sort of Medusa’s head that, you know, the Republican leadership can pull out and petrify people with is a very useful and beneficial thing.

Goldberg: One can hope, right? I mean, at the end of the day, more important than the Tea Parties — as important as I think the Tea Parties are — reality is a very beneficial force for reform. Because, as it stands, if we just stay with the status quo — which is essentially what Obama has been proposing, or actually doubling down on the status quo — we’ll just all go to hell!

People keep saying, “Paul Ryan is proposing ending Medicare as we know it.” Of course he is, because Medicare is insolvent. And you know, I mean, if your plane looked like it was about to crash, if one engine was out and the other one was smoking, wouldn’t you want some intelligent person who knows something about avionics to get up and say, “Hey, why don’t we change this flight as we know it?” and land it, or make it work, or fix the plane or something. But as it stands right now, the Democratic Party has got its head in the sand about this stuff — is in total denial.

And obviously, everything would be better if we could fix it sooner rather than later. But at the end of the day, the Tea Parties may just end up being the canaries in the coalmine. It’s going to get fixed one way or the other. It could be after a terrible sovereign debt crisis on the Greek model, or it could be after some painful cuts, or it could be after some healthy reforms where we streamline the tax code and get some market forces into these entitlements and all of the rest. Or probably a mix of all of the above — maybe not a mix of the sovereign debt crisis, I hope — but you know, the Tea Partiers are at the forefront of where the historical trend is going, and it would be nice if Obama could do a sort of Nixon-to-China thing and recognize this and show some real leadership. But instead he is tying himself to the mast of 1960s-style liberalism, and I hope, politically, he goes down with the ship.

Kokai: Looking ahead to 2012, what should potential Republican presidential challengers be talking about?

Goldberg: The only people paying attention right now are dorks like you and me, right? … But going into the heart of the primary season and into the general election, it needs to be on these budgetary issues, I mean, which are ultimately philosophical issues and all of the rest. I’ve been saying for a long time now that I think 2012 will be the last election in American history where having a really boring white guy will be an electoral advantage. … I don’t mean it as a racial thing. I just mean that the most boring whitest guys in the field out there — the Romneys, the Daniels, the Pawlentys — they are the best-suited to make the kinds of political arguments that I think will be the winning arguments.

To have someone quietly do the green-eyeshade truth-squadding on the nonsense that Obama throws out there, on correcting the record. … I would love for it to be an exciting white guy. I mean, I would love it if [Rep.] Paul Ryan would do it. I would love it if [New Jersey Gov.] Chris Christie was — if his political career had matched up better with this year. I mean, that’s one of the problems, is some of our best candidates are sort of — they’re still in the minors right now. They’re on the bench. And I don’t think we can wait for — everyone loves to say, “Oh, 2016, we’ll have this great field.” Well, yeah, 2016 is a very long time from now, and a lot of bad stuff can happen. But having someone — and I don’t know who it is — who can go up there and call Obama on a lot of his nonsense, in a nonthreatening way, as a sort of, you know, “Daddy’s here now, and the silliness is over,” will be very useful.