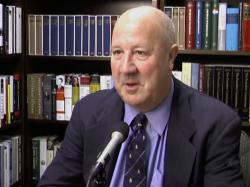 Environmentalism might be dead. At least that’s a possibility Steven Hayward is exploring. The F.K. Weyerhauser fellow in law and economics at the American Enterprise Institute and senior fellow at the Pacific Research Institute discussed the current state of environmentalism with Mitch Kokai for Carolina Journal Radio. (Click here to find a station near you or to learn about the weekly CJ Radio podcast.)

Kokai: What even brought up this question about the concept of whether environmentalism is dead?

Hayward: Well, I’ve been following this subject for way too long now, probably 20 years or more. What I notice is, over the last several years, there’s several indications that environmentalism has lost its moral authority with the American public. It’s no longer cool and popular. That doesn’t mean they’re going away. When I say dead, it doesn’t mean it’s going to be like, you know, the abolitionist society of the 19th century or something like that. But their forward progress has stopped, and now, instead of being this idealistic movement that a lot of Americans sympathize with, it’s really kind of become a protection racket. In fact, I think they are literally corrupt in certain ways. But the opinion polls show declining public sympathy with most environmentalist positions — global warming being the most important one. For example, it used to be that polls showed that voters or citizens, by a 2-to-1 margin, favored environmental protection over economic growth. That’s been steadily eroding, even before the recession of the last couple of years. And now a majority of, you know, between 5 [percent] and 10 percent say economic growth should be more important than environmental protection. That is really brand new.

Kokai: Why do you think this is?

Hayward: Well, there’s a whole lot of reasons. One is, in this country, we’ve made extraordinary environmental progress, which environmentalists hate to acknowledge, or even claim credit for, bizarrely enough. And so, as opposed to when I was growing up in Los Angeles in the 1960s and the air was really, really bad, today, most everywhere, we have pretty clean air, and getting cleaner all the time; cleaner water; and genuine environmental risks are under control. Now, whether we did that sensibly or not is another question for another day. I think we spend way too much money and do it in a silly way, and the regulation is sort of out of control. But the results cannot be argued with.

Kokai: Is one of the problems an inability to see we’ve won? Let’s declare victory and do something else now?

Hayward: Well, that’s part of it. And part of it, it’s an institutional thing. You might have to go get another job if you decide that the Clean Air Act has gone far enough, for example. That, and there’s some institutional things — you know, these peculiar citizen-lawsuit provisions of environmental law keep environmental lawyers in business forever. And they’re loath to give any of that up or think in any new, creative ways.

Kokai: So if the environmental movement has less moral cache than it did years ago, what does that mean for the future of our policies?

Hayward: Well, unfortunately, that’s the problem to be solved because you have tremendous bureaucratic momentum in things like the Environmental Protection Agency. And you know, there’s no regulation or regulatory scheme they won’t push to its furthest extreme. And that’s happening right now with the Clean Air Act. Eventually that will happen with certain features of the Clean Water Act. And all these things need to be reformed, and that’s always a huge fight on Capitol Hill. And generally, it’s become a partisan matter. It didn’t used to be, but now, Republicans are thought to be anti-environmental, and Democrats are pro-environment. Republicans are afraid to open up some of these old statutes and reform them, and I think they shouldn’t be, because I think — again, if you look at opinion polls, people rank the environment way, way, way down the list of what they regard as the most important concerns. It is 19th out of 20 in the annual Pew survey, right above obesity, and it’s been declining in the Gallup poll for years. So I think, … there’s very little political risk for Republicans in saying, “Let’s reform these statutes and make them more sensible.”

Kokai: This could be sort of a minor issue if environmental policy were minor, but in some cases we’re talking about major changes to the economy, such as the proposed regulation of carbon dioxide. If we don’t do something about this …

Hayward: Well, you’ll have the worst of all worlds. You’ll have a big regulatory structure that actually doesn’t achieve very much. I mean, it’s a big subject. But, very simply, trying to regulate carbon dioxide emissions — and leave aside whether they should be or not for another day — regulating them through the Clean Air Act is going to mean the EPA will become a permitting agency for almost every building in America of any size. It would [regulate] every fast-food restaurant. Now they say they’re not going to go that far. But in fact, the first environmental lawsuit that gets before a federal judge, a federal judge will order them to go that far because that’s how that crazy law is written.

Kokai: So where do we go? We know that the environmental movement has sort of lost some of its steam, but there’s still this institutional piece in place with the environmentalists having their say. What happens next?

Hayward: The slim hope that I have — and I see a few signs of possibility here, although I’m a wild optimist, I suppose — is that the environmental movement might actually reform itself. I do perceive that among younger environmentalists there is some weariness with the old Sierra Club way of doing things. I did have a conversation over dinner not long ago, quite by accident, with a major philanthropist from a left-wing foundation who was thoroughly disgusted with what has happened to the environmental organizations. And he said something astonishing to me. He said, “If there were any accountability at all in this business, every single president of every environmental organization would be fired for incompetence and lack of results, and for being stupid and all kinds of things.” And I thought, “Now that’s interesting, when one of their major funders is saying that.” And somebody else recently said that in an article in Politico, a newspaper in Washington. So here and there I see … and there are some other signs I see of the ice starting to crack in this old, fossilized movement.

Kokai: How about on the other side? You mentioned that there shouldn’t be much political cost for Republicans to fight some of these bad ideas. The people who think the environmentalists have gone too far — are there other things they should be doing to battle this entrenched interest?

Hayward: Well, I don’t know. I mean, ignore them is part of what I say. I mean, you know, when they come and threaten you, or the League of Conservation Voters says, “We’re going to give you a zero ranking,” I think you should shrug your shoulders and say, “So what?”

Kokai: For some people that might be a badge of honor at this point.

Hayward: Well, in some districts I’m sure that’s true. But there’re some — a lot of politicians who don’t like getting zero ratings from any interest group, so they look for some vote somewhere. And you know, to pick on the League of Conservation Voters, they really do craft their vote guides to embarrass Republicans and help Democrats. I’m absolutely convinced of that. They’re an adjunct to the Democratic Party, which is another reason Republicans should ignore them.

Kokai: Based on where we are now, where do you hope the environmental situation is, say in five or 10 years?

Hayward: Oh, well, you do five or 10 years or 50 years. The kind of environmental progress you’ve seen in the United States, which is mostly due to economic growth and technological improvement, that’s going to spread around the world. So some of these countries that have really dismal environmental problems will get better, provided they have, well, three things — economic growth, open to technology, and property rights. There’s actually a very positive correlation between the security of property rights and environmental performance. You use those international indexes from either the Heritage Foundation or Fraser Institute, and then the Global Index of Environmental Quality, and it’s a very close correlation.

Kokai: So focusing more on property rights than the standard environmentalist code.

Hayward: Sure. I mean, what you see throughout Africa is where forests are privately owned, they’re in better shape than ones that are owned by the government, where people’s incentives are to cut down the next tree as fast as you can before someone else does.