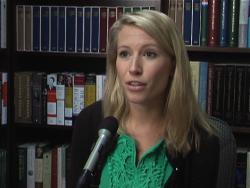 Headlines in recent months have attracted attention to technical problems associated with HealthCare.gov, the primary website associated with the federal Affordable Care Act. While some technical issues remain to be resolved, Hadley Heath, senior policy analyst at the Independent Women’s Forum, focuses her attention on other, more far-reaching flaws in the law known popularly as Obamacare. Heath shared her concerns with Mitch Kokai for Carolina Journal Radio. (Click here to find a station near you or to learn about the weekly CJ Radio podcast.)

Kokai: The news has been full of all of the discussion about websites that aren’t working, people not being able to get enrolled, but you wrote a recent column called “It’s Not a Glitch” that says that while these are significant problems, this isn’t the real problem of Obamacare. What should people be thinking about when they’re thinking of what’s right or wrong with Obamacare?

Heath: Right. Well, … we can do amazing things with computers, and I think it’s only a matter of time, only a matter of taxpayer money that we can throw at the computer problems, the traffic, the servers and the software. Eventually, I believe that those things can be fixed. We can manage millions of people signing up for something online. Look at Facebook. Look at these other forms of websites that do just that.

But what can’t be fixed about Obamacare is the economics. The economic incentives are so skewed in the approach that it takes to lower premiums through subsidization and through moving people onto Medicaid, that’s a really flawed approach because ultimately it confuses health coverage with health care. There’s a mismatch between supply and demand that will be Obamacare’s reckoning day.

Kokai: Let’s get into that. You mentioned in this column that that is a problem with people equating health insurance coverage with an actual improvement in health care, and these are two entirely different things.

Heath: Right. There are a lot of measures that get confused when we talk about international rankings. We hear people point out time and again that the United States is 38th, 39th, 40th in universal health rankings. And those rely on a lot of different health indicators. They rely on how many low-weight births we might have or what kind of infant mortality measurements we use, and so some of those we ought to looker deeper into those statistics, but importantly, in the United States, we have some things going for us.

We have some of the best cancer survival rates in the world. The World Health Organization ranks us as No. 1 in responsiveness to the needs of the individual patient. Those are things that we ought to keep in mind and protect as we do health reform, while we look at some of the problems we have in payment and in cost.

So yes, we have a complex multiparty payer system. There’s not a lot of transparency in the decisions that we make as consumers. But when we have a card from our insurance company, or we have a card that says we’re enrolled in Medicaid or Medicare, that’s not the same as being able to pick up the phone and call a physician and make an appointment.

And actually we’ve seen that about a third of primary-care physicians say that they’re not going to take any new patients who are enrolled in Medicaid. Is that really the same thing as health care access when we talk about health insurance coverage? Access means being able to make a timely appointment, have your health care given to you from a physician or health care provider of some kind. That’s not the same as having a piece of paper.

So far in the United States it’s been very similar, because we do use our health insurance to access or to make an appointment to get put on a list for transplant or whatever it is that we need. But in the future I wonder, because we are facing what will be a tremendous shortage in the supply of physicians. We have many more people with a demand because they’ll be newly insured through Medicaid. What is going to happen when people call and say, “Oh, I’m sorry, you can’t get an appointment for months”? You know, that’s a very serious question that Obamacare doesn’t answer.

Heath: I would say, absolutely, there was a lot agreement among Americans on both the right and the left that our weak point in American health care was how we pay. And to be even more specific, that we pay too much — that we have some of the highest public spending on health care. We’re at least equal with a lot of the biggest spenders in the world, per person, in the United States. The government spends about one out of every two health care dollars, even before Obamacare.

That’s important for people to keep in mind — that we didn’t have a free market system. We did not have free enterprise in the health sector. It was very heavily regulated by the states and by the federal government. A large portion of people get their insurance through the government already, through a Medicare or Medicaid program, so we didn’t have what we would call a free-market system.

Now Obamacare takes this in absolutely the wrong direction by doubling down on regulations, by bringing even more people into what we might call an entitlement program because … the main way that Obamacare seeks to make private insurance more affordable is through subsidies in the exchanges. And the exchanges are far more than subsidy delivery vehicles. … Subsidies don’t actually serve to bring down the cost. They don’t target the root of our cost problem, which may be a stifling and a lack of competition. But instead, they cover up the cost, or they hide the cost from people who will be going into the exchanges.

So that’s a concern I have, that you can’t actually reduce costs by shifting costs. And that was a big problem we talked about before Obamacare with people consuming health care at maybe an emergency room, and they’re uninsured, and they don’t pay, and they default. Well, we have a lot of other cost-shifting problems in health care that Obamacare didn’t address, like Medicaid and Medicare. When they under-reimburse, there’s a cost shift onto people with private insurance. And the same thing will happen as we shift costs onto taxpayers, who pay twice effectively for health insurance, once [for] their own premium, and twice in a subsidy.

Kokai: You alluded to this earlier, but one of the big issues that is not addressed much in the debate is what to do about supply of health care, especially if you’re going to be increasing demand by putting more people onto health insurance or guaranteeing that more people can afford the coverage they’d like to get. What are we doing about supply? Does Obamacare address this at all?

Heath: If anything it may be discouraging a growth in supply, especially physicians or people with an M.D. And any physician survey that I’ve seen said that not only are doctors discouraging the next generation from entering the profession of being a physician, but they’re actually complaining about how difficult it is to run one’s own practice, that the business of medicine has become more paperwork and less time with patients.

That’s not why doctors go into medicine. They go into medicine to spend time with patients, to learn about the diseases that wreck our public health, and they want to find solutions. But if they don’t have time to do that because they’re filling out insurance paperwork or filling out paperwork for Medicare or Medicaid or waiting for the reimbursements to come in to keep their lights on — I think people have to keep in mind that the purpose of a physician is to help a sick person become well, and that’s a beautiful thing. Obamacare does not aid that process. In fact, it may impede it because of the way that it puts government in between us and our doctor.

Kokai: … If not Obamacare, [in] what direction should we be going?

Heath: I think, first of all, we do need to repeal Obamacare because it’s going to be very hard to work within the constructs that it’s created. But I don’t think we should stop there. I don’t think we should be satisfied with the status quo that we have today. I think instead we should put together maybe four or five bills at the federal level — short, easy to read, easy to understand, easy to explain to the American public — that seek to boost competition, whether that’s repealing some coverage mandates that require so much to be within our policy, whether it’s keeping people from buying insurance across state lines. Those are some things that we can do in the private market.

How many COVID-19 cases in N.C. were actually even cases?