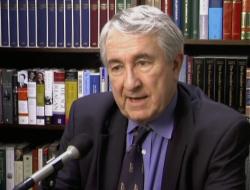 Some people worry that global warming is a huge threat to our future. Others believe the danger has been oversold. Richard Stroup, adjunct professor of economics at N.C. State University, delivered a presentation this year to the John Locke Foundation’s Shaftesbury Society titled “Climate Change and People: Views from the Sciences and History.” Stroup also discussed the topic with Mitch Kokai for Carolina Journal Radio. (Click here to find a station near you or to learn about the weekly CJ Radio podcast.)

Kokai: One of the key pieces of your presentation dealt with this idea that people, even with the best of intentions in addressing this issue of global warming and climate change, might come up with ideas and policy proposals that would be counterproductive at best and very harmful at worst. How does that happen?

Stroup: Well, inevitably, as Adam Smith taught us a long time ago as a moral philosopher, people have the ability to see and understand what goes on right around them, but the other 99.99 percent of the people on the planet that are farther away from them, that they don’t see and interact with, it’s very difficult for them to have any idea what those folks are going through or how they might be impacted by something that the decision maker might do. So everybody has what Justice Stephen Breyer calls tunnel vision. It’s absolutely inevitable.

It’s simply a matter of limitation of what we know and how much we can think about, so that I as an economist understand that economics is an extraordinarily important topic for students to study in university, or high school for that matter. If they don’t understand some economic principles, they’re going to be making bad mistakes for themselves and for everybody else down the road. Now, by the same token, the professor of music probably understands that music is very important, that students who can understand music properly can lead a much more satisfying life and probably be better people. And that may be true. Now I as an economist know that mine is still more important! But again, we just naturally have something like tunnel vision because we can’t possibly have anything like knowledge of what everybody else is thinking about.

Kokai: So let’s apply this to climate science. A scientist working in this field sees data that suggest to that scientist that manmade contributions to carbon dioxide emissions are leading us to a path where we’re going to have a dangerous level of warming. So the recommendations are for policies that would reduce these CO2 emissions. What could be wrong in the process from going from the basic scientific data to these policy recommendations?

Stroup: The problem is that, because they believe their science and the possibilities they’re working on are very important, and the questions they’re looking at are very, very important — and that, by the way, helps to justify better funding for them — but again, if they really believe that what they’re doing is highly important, then there’s not very much conflict as they move from understanding that things could be as bad as this.

Maybe there’s only a 5 percent chance of it happening, but one time in 20 it could happen, and surely we want to avoid that because it could possibly be quite bad if that did come to pass. Well, they’re going to likely talk about that as something we just have to care about, and the way to get that kind of attention is to not say that there’s a 5 percent chance this is going to happen, but to say that I’m almost certain that this is a real possibility, and that we just can’t take a chance. We have to fund the research that will let us avoid that problem, and, meanwhile, we had better shut off the potential source of the problem.

Kokai: In discussing this in your presentation to the John Locke Foundation’s Shaftesbury Society, you made the point that when the scientist goes from the data and what the data showed, to these recommendations, they’re often getting into the realm of economics whether they know about it or not. What kind of problems does that create when one of these scientists starts making arguments that ought to be left to economic analysis?

Stroup: The problem is, of course, that they know that in order to get more attention, the problem — it very much helps if the problem is seen in the most distressing possible light that will get the attention to give force to their recommendations. It will also give force to their requests for more funding, and those are two powerful motives. And when an economist starts fooling around in their backyard, so to speak — at least that’s how they’re viewing it — they don’t like the idea of comparing the ideas that they are working toward versus the outcomes that some other scientist is working toward.

For example, meteorologists don’t like it when the astrophysicists come in with a different explanation of why we’ve had a lot of — we’ve had a significant amount of global warming in the last 100 to150 years; in fact, even more in the last 200 years — but whether or not it has to do with CO2 is another question. And the astrophysicists can show you much better correlations as a matter of fact with sunspots than the meteorologists can with greenhouse gases.

And so that disturbs them, and they do not want to let go of the idea that, “Boy, the problem I’m working on is really, really important, and even if we’re not sure that this is the best explanation, it may be, and it’s worth finding out, and we need big-time funding,” and that means it needs to be trumpeted as a big-time problem that they’re working on.

Kokai: Even if they had the proper explanation of what’s causing global warming, is there a problem when you don’t have a cost/benefit analysis of trying to do something about it?

Stroup: When you’re a policymaker, if you’re trying to help, not just this person or that person, not just this worthy goal or that worthy goal, but you’re trying to consider them all at the same time, then the very imperfect kind of analysis — in fact benefit/cost is imperfect — but that is better than nothing at all. And it’s a whole lot better than nothing at all, and it makes you ask the right questions and hopefully thereby avoid some of the worst policy errors.

You can go after a really nice goal, whether it’s more wilderness or less CO2, or more money for a particular hospital, but what are you giving up? And if you don’t ask the question of what we’re giving up when we do that, what other worthy goals are out there, it’s very difficult to do good benefit/cost analysis. A meteorologist untrained in policy analysis or economics is not going to do a very good job of it. But they’re not so much interested in benefit/cost analysis as they are letting people understand — forcing them to understand, if possible — that their job is so important it must be funded appropriately, which means more.