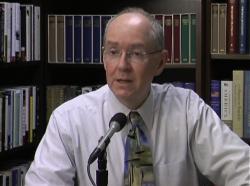 Starting your own business can be tough, but it can get even tougher if you happen to be in one of the professions that the state of North Carolina has decided must have an official license. Examples include hair braiders and barbers. Carolina Journal has reported on the unintended consequences of state licensing rules. Managing Editor Rick Henderson discussed the issue with Donna Martinez for Carolina Journal Radio. (Click here to find a station near you or to learn about the weekly CJ Radio podcast.)

Martinez: Licensing — professional licensing. I understand it for doctors and for nurses, but what’s the deal with licensing and hair in North Carolina?

Henderson: Well, if you want to be a barber or a hair stylist, you have to have either a barber’s license or a cosmetology license, which requires you to spend about 300 hours in cosmetology school, and then pass a licensing exam, and then pay a fee. And with many of these occupational licensing requirements that take place in most states, it’s essentially a racket that has been set up by existing providers to keep competition out. So one case in particular that we wrote about last year deals with African-style hair braiders. Many of these women are from the West Indies or from Africa, and they don’t cut hair, they don’t dye hair, they don’t shampoo hair. They braid hair. But yet, for them to ply their trade legally, they have to go to cosmetology school and get a license to do that. And there has been a lot of resistance to requiring them to do that — North Carolina became one of the 18 states that does that, last year — because a lot of the women who do this simply say they could not continue to pursue their living. Many of them don’t even speak English.

Martinez: But they still have to do it. Is there anything they can do to fight this kind of thing?

Henderson: At this point, other than go to court, no. I mean, there’s really very little recourse they have at this point. They can’t even necessarily get apprenticeships. They have to either go underground and advertise their business through word of mouth and hope they don’t get caught, or they can hope to find a sympathetic law firm who would represent them and try to sue to get the law overturned as some sort of restraint of trade or violation of their constitutional right to earn a living.

Martinez: Any idea if there’s any sort of research or data on people who have had real problems with unlicensed hair braiders? I mean, is that a big problem in this country?

Henderson: Other than the licensed barbers and hairstylists and cosmetologists who don’t like the competition, there apparently seems to be no harm whatsoever. And in fact, from the reporting that we did, many of the customers — the clientele for the women who were handling or doing the hair braiding — were saying if they actually went to a regular beauty salon, that the people there weren’t necessarily trained to do it the proper way, and so they ended up going back to the African hair braiders because these women — this is sort of a skill that is handed down from generation to generation. It’s not something you can actually teach in cosmetology school very well.

Martinez: So you mentioned cosmetologists and barbers, and I have to tell you that I didn’t even realize there was a difference between those two things in this state, but apparently there is, and they each have licensing requirements. Now, what’s going on there? Why would we require licenses for these folks?

Henderson: Well, the justification for this is always to protect public health and safety, and to protect the public from fraud. Now there are justifications that can be used for people who are involved in trades in which, for instance, if you’re accepting a service from someone and you may lose your life if this person is not qualified to do this, then you may say, “OK, we would like to have our doctors licensed, we would like to have our dentists and some people who are involved in potentially very risky professions.” But if you’re talking about things — there are more than 50 such occupational licensing boards in North Carolina — and looking at the list here, if you’re talking about landscape architects, or professional counselors, or massage and body-work therapists, or auctioneers, for instance, now you have to wonder …

Henderson: You have to actually wonder what the threat to public health and safety is if someone is performing auctioneering without a license in this state.

Martinez: Really — and what the training is as well. I’d love to sit in on one of those sessions.

Martinez: Now with barbers, apparently there’s something to do with barber poles also. Carolina Journal was reporting on this recently. What’s the debate or the controversy over using a barber pole?

Henderson: Sen. Doug Berger, who is a Democrat, proposed a bill that would make it a misdemeanor to display a barber pole outside of a place of business if the person who owns the business is not a licensed barber. So it’s not actually alleging that people are practicing the art of barbering without a license. It’s simply that they are displaying a barber pole without a license. And he did that because his barber complained that he heard about others who were not really barbers. It’s a completely ludicrous kind of bill.

It’s the sort of thing that you could say, tongue and cheek, this is exactly why the legislature ought to place limits on the number of bills people can propose, so we don’t get this kind of stupid clutter in the General Assembly. But still, we got feedback from people who are barbers, saying, “Well, yeah, we ought to have that. It shouldn’t happen. I hear all the time about people putting out barber poles. They’re not really barbers. They’re taking away my business.”

It’s ludicrous, and also, I mean, there’s sort of a First Amendment argument to be made. As far as I know, the barber pole itself is not protected by any copyright or licensing. So can you say, “Well, we’re not going to let you put that up because it offends us, and so, therefore, we’ll restrict your speech, if you will, because we don’t like your barber pole?”

Martinez: Very interesting. You mentioned that there are about 50 or so of these different licensing boards. These are set up by the state, right?

Henderson: Yes, that is correct. And as I say, it goes from the ones that you can see directly affect public health and safety to ones that are simply protection rackets for businesses that are established that want to keep competition out.

Martinez: Are these ever reviewed? I know recently we heard some statements from Gov. Beverly Perdue saying that she wanted to take a look at some unnecessary regulations and boards and commissions. Would these be under that review?

Henderson: Well, you would hope so. She proposed a list of 345 of the 406 boards and commissions that she said should be looked at. I don’t think she really took this seriously because she sort of threw everything [in], including the Medical Society, for instance, and the Utilities Commission. I mean, these are things that I don’t think anybody is seriously thinking about eliminating. But there’s certainly a role for that. I think there’s a role just to have sunsetting in general of regulatory boards and agencies — every five years or so, make them defend their existence, and if they’re not worthwhile anymore, get rid of them.

Martinez: Now, licensing is not only an issue for professions like barbers and cosmetologists and hair braiders, but there was a recent story at the state level having to do with engineers. What happened there?

Henderson: A group of homeowners in north Raleigh found out that Falls of Neuse Road was going to be expanded from two lanes to four lanes, and they thought that this new four-lane stretch of road should be controlled by traffic signals and not just simply by stop signs. And the people who were doing the research work for the Department of Transportation in the city said, “No, we don’t think it needs traffic lights.” Well, they actually did their own little study, estimated traffic flows, and said, “We do need this sort of change. We do need these traffic lights.” Well, an official with DOT then took the person — the homeowner who made this study and put it together — and asked the licensing board that controls engineering to charge this person with practicing engineering without a license.

Henderson: Which is a misdemeanor, once again.

Martinez: A misdemeanor? You’re kidding me.

Henderson: Yes. Which is, of course, a problem. At its base, this is a First Amendment issue all the way, because a citizen has the right to petition the government for redress of grievances. And in this case, a citizen was simply providing some information to the government, hoping to change policy. By saying that somehow this is illegal to do so has all sorts of problems, but also it just makes the people at DOT look like real bullies and thugs. And it was just a ridiculous thing for them to do.