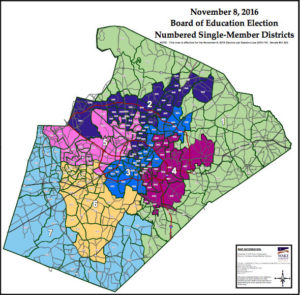 The full 4th U.S. Circuit Court of Appeals has declined to rehear the challenge to the Wake County commission and school board redistricting case.

The defendant in the case, the Wake County Board of Elections, had asked for an “en banc” hearing by the full 15-member appeals court. The primaries were held on March 15 for county commission seats. Filing for the school board districts closed on July 1, the same day the three-judge panel ruled 2-to-1 to throw out the Wake County districts.

A 2013 lawsuit challenging the school board districts was dismissed in March 2014 by U.S. District Court Judge Terrence Boyle. Later, other lawsuits were filed challenging both the school board and county commission districts. In February, Chief U.S. District Court Judge James Dever ruled the plaintiffs had failed to prove their case, setting up the ensuing opinion by the three-judge panel of the 4th Circuit.