In spite of threat, her superiors sought a lesser sentence 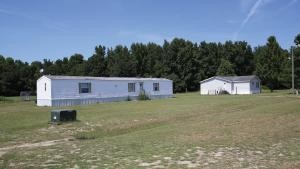 RALEIGH — Federal prosecutor Denise Walker, who was forced into hiding for six weeks as a result of a drug dealer’s threats to have her killed, later resigned when her superiors in the U.S. Attorney’s office in Raleigh proposed a lesser sentence for the drug dealer and blocked any mention of his murderous intentions in a pre-sentencing report.

Walker had been the lead federal attorney on a task force of law enforcement professionals who flushed out and captured members of a criminal gang. She resigned her position in March 2015 after learning of the intentions of her superiors, U. S. Attorney Thomas Walker (no relation to Denise Walker) and his top deputy John Bruce, to seek a reduction of the mandatory life sentence called for in federal guidelines for Reynaldo Calderon, the gang leaders who threatened to have her killed.

In exchange for Calderon’s cooperation with testimony against one of his associates, the government had proposed a 30-year sentence for Calderon, now age 31. Denise Walker believed Calderon’s cooperation was insignificant and did not warrant any leniency. At the sentencing hearing, at which she testified, she said her superiors downplayed the Calderon threat and even mocked her for being concerned about it. And she termed the proposed lesser sentence and the omission of the death threat in the pre-sentencing hearing “deplorable.”

During the sentencing hearing, however, the judge presiding over the case shared her concern, denied the government’s request for a lesser sentence, and imposed the mandatory life sentence guidelines prescribed.

Denise Walker described her feelings as a victim of Calderon in a letter she sent to U.S. District Court Judge David Faber, and asked to testify at Calderon’s sentencing hearing as a victim. Faber granted the request.

“I have a U.S. attorney who says: ‘Well, perhaps if you weren’t so aggressive, people would stop trying to kill you,’” she told Faber at Calderon’s sentencing hearing June 26.

“The flippant responses from that office, including of the first assistant [Bruce] who says, ‘Well, your family is from this area — naming my hometown — surely they all have guns anyway,” she also testified.

President Obama named Thomas Walker to the position in 2011 and Bruce has worked in that office for several years. The office handles all federal criminal matters in 44 eastern counties of North Carolina. There are 93 U.S. attorneys stationed across the country.

At the sentencing hearing, Goulian asked the court for a 30-year sentence instead of the life sentence that was mandatory by statute for the crimes to which he pleaded guilty. In the best scenario, under that sentence Calderon would get out of prison when he was in his late 50s. Faber denied the government’s motion for Calderon to receive a lesser sentence.

After hearing rumors about Calderon wanting to have Denise Walker harmed, investigators placed a confidential informant into the facility to share a cell with Calderon. The informant documented three instances where Calderon said he was going to bring harm to or kill Denise Walker.

The informant also documented that Calderon claimed to have arranged for the killing of Carlos De La Rosa, his gang member that was the first to cooperate with details of the kidnapping and murder of a Goldsboro man.

The details of Calderon’s plans to have Denise Walker killed are not contained in any public document and she didn’t want to elaborate for this story. She referred Carolina Journal to the numerous documents in the case, including the transcript of her testimony at Calderon’s sentencing.

She described to Faber in court the circumstances of learning of the threat on her life and the necessity for going into hiding:

Your honor, in March of 2013 the marshals knocked on my office door and told me I had to leave. I was given 15 minutes to gather my belongings and then I had to go to my home and take belongings for an unknown period of time to disappear because of what Rey Calderon and his thug friends decided that they wanted to do to me.”

“During that time that I was away, which was over six weeks, I had to lie to my friends and family about where I was. I couldn’t tell them. I was going to put them in danger if they knew. Everywhere I went I was monitored. The Marshal Service worked 24 hours a day for that time frame to make sure that I was protected.”

“It is still important to me and my family. Our lives have been inexplicably changed because of the deranged mind of that guy [pointing to Calderon], because he wanted me dead, and as he said in his conversation with the confidential informant, ‘the bitch has me by the balls.’ That’s why he wanted me dead, because I did my job. That’s the only reason.

Then she delivered a serious criticism of her former employer. “The fact that the government comes into court today and doesn’t even mention any of this to you is completely deplorable. Not only that, they advocate for the fact that he gets to leave prison any other way except dead is disgusting,” she said.

In December 2011 a confidential informant told an agent with the federal Bureau of Alcohol, Tobacco, Firearms, and Explosives about a group of men who were invading and robbing homes and businesses in the Duplin County area. The group also sold firearms they collected from the robberies. The leader of the gang appeared to be Reynaldo Calderon. His brothers Rosalio Calderon and Melchor Calderon were participants.

At the request of the undercover ATFE agent, the informant purchased stolen weapons from Calderon’s gang in December 2011 and January 2012. ATFE agents and Duplin County detectives monitored those sales, which took place behind Calderon’s mobile home located about 20 miles south of Goldsboro, in rural Duplin County.

After the second sale, Calderon mentioned to the confidential informant that his gang was interested in robbing a “stash house” to acquire cocaine. A stash house is the term used to describe a location where drug dealers would store a large about of drugs awaiting distribution.

The informant and the undercover agent devised an elaborate opportunity for the gang to rob a stash house in Wilmington supposedly protected by two armed men. However, this stash house was fictitious. The undercover agent met with Calderon and later with all the gang members to go over the opportunity. Calderon and his men devised a plan that included killing the guards if necessary. The agent secured audio and video recordings of each gang member agreeing to kill the armed guards.

The agent told the gang that they would find 15 to 20 kilograms of cocaine and that he would need to receive 5 kilograms for arranging the heist. A kilogram is 2.2 pounds. One man testified that a key, or kilogram, sold from a distributor to a street dealer would go for $30,000.

The entire gang stayed at a Wilmington hotel for four nights preparing for the heist. On the day of the heist, they traveled to a location to switch into different vehicles secured by the undercover agent. After they got out of their cars all eight were arrested by an ATFE SWAT Team that had been hiding nearby.

After the men were arrested, they were questioned individually about the murder. Carlos De La Rosa confessed that he and six of the eight men who were arrested had participated in the kidnapping and murder of a man named Geniro Jamis. De La Rosa led federal officials to the location where Jamis was buried behind Calderon’s rented mobile home.

Renteria believed his brother-in-law Geniro Jamis owed him money from drug deals. Jamis and his family were from Mexico and in the United States illegally. Renteria was looking for someone to kidnap and torture Jamis to try to recover $150,000 he believed Jamis had stolen. Esteban Rodriguez, an acquaintance of Renteria, approached Calderon about the job for Renteria.

Renteria paid Calderon’s gang $10,000 to kidnap and torture Jamis. Calderon wanted $20,000 to $25,000 to do the job, but agreed to less because Renteria said he would give Calderon more work.

The kidnapping took place on Jan. 29, 2012, off of New Hope Road, near the eastern edge of Goldsboro. Jamis and his family were returning home from a party in Mount Olive. Calderon’s gang of seven men used illegal blue lights installed on Calderon’s truck to trick Jamis into pulling over. Inside the van were Jamis, his wife, and three of his children.

At gunpoint they forced Jamis and his son Israel, now age 27, out of the van and into the back of the truck that had a camper shell. Jamis and Israel were tied up and blindfolded. One of Calderon’s men removed the van keys and threw them away from the vehicle. They took all the cell phones in the van and broke them.

They drove away with two armed men remaining in the back of he truck to keep watch over the kidnapped victims. After calling Renteria, they dropped off the blindfolded son in a remote area. Then they drove to Calderon’s home and took Jamis about 200 yards into the woods. Calderon sent two men to meet Renteria and lead him to the gathering to discuss how to proceed.

Renteria told Calderon he wanted Jamis to be beaten until he provided information about the missing money. He then offered Calderon another $5,000 to kill Jamis. Calderon’s men beat Jamis and Calderon burned him with a torch. Jamis eventually provided Calderon with the names of some men who might have the money Renteria was looking for.

While they were torturing Jamis, they also dug a 6-foot-deep hole. They pushed Jamis in the hole and Reynaldo Calderon’s brother Rosalio used a shotgun to shoot Jamis in the head. Reynaldo then took another shot with a handgun. Then the gang filled the hole with the dirt. An autopsy concluded that Jamis died from the shotgun blast.

This is what we might describe as a maximum offense; a cold, calculated, preplanned, self-serving murder committed for money, perhaps the worst offense that a human being can commit, particularly when accompanied by the outrageous activity that went along with it, such as the torture for fun of a victim.

Faber also sentenced Rosalio Calderon to a life term. Others received sentences from 10 to 23 years. Faber held a sentencing hearing for Luis Renteria in June but has not issued a final sentence.

CJ asked Thomas Walker’s spokesman, Don Connelly, about Denise Walker’s statements to Faber and why the government sought a lesser sentence for Calderon. The response did not directly address her comments about Thomas Walker and Bruce, nor did it address the issue of a lighter sentence.

“Our office did everything we possibly could to respond to the security concerns raised by the evidence in this matter. But we share the frustration of the former AUSA that there is not more that can be done to protect prosecutors and their families who are threatened by violent criminal organizations,” Thomas Walker said.

CJ also asked why the U.S. attorney has not issued a press release on this particular case. “The prosecution of United States v. Renteria, et al., is still ongoing, and there are many sealed documents in the case. Therefore, our office cannot comment further,” Thomas Walker said.