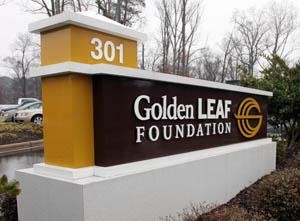 The General Assembly could close the three tobacco settlement funds at any time and redirect the revenue streams. This was the conclusion of a memo prepared nearly eight years ago by Walker Reagan, who was staff attorney for the General Assembly’s Research Division in 2003 and now is director of that division.

In recent years, defenders of the funds receiving money under the 1998 Master Settlement Agreement with tobacco companies have said the funds could not be transferred or diverted to the state’s General Fund because the use of the funds was directed by court order.

The memo (below), obtained by Carolina Journal, concluded otherwise.

The assets due to the state under the MSA are assets of the state and are subject to the direction and control of the General Assembly. All those funds currently held and to be received in the future, except for funds already encumbered, can be redirected by the General Assembly without violating the Consent Decree or the MSA.

The three funds — Golden LEAF Inc., the Health and Wellness
Trust Fund, and the Tobacco Trust Fund — were created by
the General Assembly in 1999 and 2000. The total settlement
was projected to be $4.6 billion over 25 years.

Golden LEAF makes grants from the interest earned on its
capital fund — now valued at more than $600 million. It has
made almost $500 million in grants since the foundation was
created. All three funds receive annual payments from the
tobacco companies.

At the time of the MSA, the tobacco companies entered into a consent agreement with the state. In it, 50 percent of funds received by the state would go to a nonprofit (which became Golden LEAF) to assist “tobacco-dependent and economically affected communities.” The General Assembly divided the remaining half of the proceeds equally between the health and wellness and tobacco trust funds in a separate bill.

Reagan suggested that the Consent Decree with the tobacco companies could be rewritten with little consequence. Because the agreement with North Carolina was not part of the MSA, “it does not appear that the tobacco manufacturers would have a strong interest or legal position to object to how the state spends its money.”

This week, the Senate tentatively approved Senate Bill 13, legislation that would in part divert $67.6 million from Golden LEAF and $2.8 million from the Tobacco Trust Fund. The bill would not touch Golden LEAF’s capital.

[Editor’s note: This story was updated to clarify the the tobacco funds’ capital and payment streams.]