The news comes on the heels of reports that Blue Cross and Blue Shield of North Carolina expects to lose $400 million on its Obamacare exchange policies for 2014 and 2015.

“According to my staff, North Carolina had 29 insurers offering individual health insurance coverage prior to the ACA. For 2016, North Carolina has only 8 insurers who still issue such coverage and a handful of others who provide transitional and/or grandfathered coverage only,” Goodwin wrote in the letter.

“Similarly, for the small group market,” he wrote, “North Carolina has gone from 27 insurers offering coverage to just 10 in 2016.”

“In a group, each insurer offers similar products and pricing, so North Carolinians are left with fewer distinct coverage options than before the consolidations,” he wrote.

BCBSNC, the state’s largest insurer in the individual health insurance market, has cut back significantly the number of plans it offers, and narrowed the scope of networks in some. But it is not the only company to have done so.

From 2015 to 2016, Goodwin wrote, “the total number of plans available from insurers in the two markets went from approximately 1,700 plans to 683 plans.”

Due to “large losses” in 2014 and 2015, “I am highly concerned insurers may withdraw from the individual market in North Carolina altogether. That is unacceptable,” Goodwin wrote.

Compounding the hundreds of millions of dollars in losses are insurance companies’ attempts to cut costs.

The North Carolina Association of Health Underwriters told Goodwin “almost no insurers in the individual market [are] paying commissions,” and agents may abandon the sale of individual products.

Goodwin’s dire assessment is unlikely to sit well with advocates of the troubled Obamacare health exchanges. As recently as November, Thomas Mills, a longtime Democratic political consultant and founder of the liberal PoliticsNC.Com, wrote on his blog:

“Contrary to Republican spin, Obamacare is working. It’s offered health insurance to an additional 17 million people. As even conservative columnist David Brooks notes, medical costs are increasing at a slower rate since the program was enacted. That’s what the program was meant to do: Provide more coverage and help reduce costs.” Mills is the Democratic candidate for the 8th U.S. congressional seat held by GOP Rep. Richard Hudson.

“If anything … the reduction in the number of uninsured is really largely attributed to the number of states that have decided to expand Medicaid, but other than that it’s really not been successful,” said Katherine Restrepo, health and human services policy analyst at the John Locke Foundation.

But those states that have expanded Medicaid have found it “only increases costs for private coverage, and that squeezes out the middle class people from being able to afford their health insurance plans if they don’t have them through their employer,” Restrepo said.

Medicaid expansion also increases the scope of the government safety net, “and when you have government rate-setting, and determining what services a doctor can provide, that just creates all sorts of problems, and access problems, and then that compromises quality of care,” Restrepo said.

“The only thing that’s positive is that we’ve covered a bunch of uninsured people,” said Duke research scholar Chris Conover, who has been closely monitoring Obamacare, and its effects.

Even so, fewer people have gained coverage than both the Congressional Budget Office and Centers for Medicare and Medicaid Services projected. And those with policies are not always able to see a doctor, as some people on the North Carolina exchange have complained. 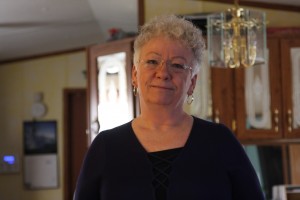 Teresa Parrott of Durham says she is unable to use the health insurance coverage she has purchased from the federal health insurance exchange under the Affordable Care Act. (CJ Photo by Dan Way)

“Aggregate costs are lower,” Conover said, but that’s because fewer people have enrolled in Obamacare than predicted. Costs would have soared if the projected enrollment had been achieved.

Health care spending is down worldwide largely because of a weak economy “and the fact that things are slower than they would have been if we didn’t have this big recession, and this much, much slower than average recovery,” Conover said.

Yet in the United States, he said, per capita health care expenditures “actually are going up [faster] than other countries.”

Conover pins some of the blame of insurers’ plight on the companies themselves.

“What’s clear with the benefit of hindsight is that too many of the carriers ended up lowballing” their costs and premiums, he said.

“I don’t want to argue that was purposeful,” and they were trying to lose money in 2014, “but that’s what happened. And so the fact that in 2014 costs were lower than originally projected, we’re now having a catch-up phenomenon, where premiums are having to catch up and adjust,” Conover said.

While average premium costs among the three exchange insurers in 2016 went up between 20 percent and 32.5 percent, “that’s going to get amplified next year because [temporary federal subsidies] that were designed to reassure carriers in the initial years, and entice them into the market, all that stuff goes away after 2016,” Conover said.