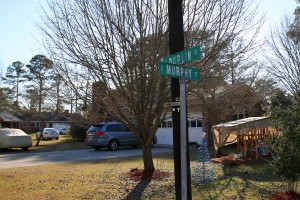 The activity took place between January 2009 and May 2012. Luna and Ruano were arrested Jan. 11 and taken to the New Hanover County jail in Wilmington.

The IRS calls this type of crime Stolen Identity Refund Fraud, or SIRF. More recently it has labeled the crime Identity Theft tax refund fraud, or IDT refund fraud. The IRS has been aware of this type of fraud at least since 2011 and recently stepped up efforts to catch it.

“The critical thing for taxpayers to know is that new protections will be in place by the time they have to file their taxes in 2016,” said IRS Commissioner John Koskinen in June. Carolina Journal began reporting on the issue in April 2013.

Luna and Ruano made their first court appearance Jan. 19 at the federal courthouse in Wilmington. Each had a court appointed attorney and a Spanish translator served both defendants. The attorneys filed motions to withdraw from the case because they said Luna and Ruano were in the process of hiring their own attorneys. U.S. Magistrate Judge Robert Jones Jr. approved the motions and will continue with the case when the new attorneys are secured.

It was not IRS computers that detected the couple’s alleged activities. Instead, the agency first learned of the alleged tax fraud because of a traffic stop in Arkansas two years earlier, according to the complaint. In May 2014, Arkansas State Police stopped the couple and found them carrying $1.8 million in cash. The police notified the Duplin County Sheriff’s Department and within days law enforcement officials seized tax fraud evidence from the couple’s North Carolina home and business.

According to the complaint, Luna and Ruano obtained Individual Taxpayer Identification Numbers for at least 300 names that may represent real or fictitious people. The IRS issues ITINs instead of Social Security Numbers to foreign individuals working in the United States, giving them a means of filing income tax returns and paying taxes on income earned.

Luna and Ruano allegedly fabricated W-2 wage and tax statements for each name using the names of real employers, then prepared tax returns and submitted refund claims to the IRS. The refund checks were sent to post office boxes rented by Luna or Ruano. The average refund check was $4,385. The checks all were deposited in a First Bank business account that Luna had opened in 2006. Luna withdrew $11,888,300 in cash by writing 252 checks for cash.

Luna is a native of Honduras who obtained temporary protective status in November 2006. She entered the United States illegally in 1993. Since February 2010, she operated a small convenience store named Beverly Tienda, located on North Norwood Street in Wallace. For the 2009 through 2012 calendar years, Luna reported annual incomes from the store of $16,000, $18,000, $17,481 and $24,915, respectively. She reported no other income.

Duplin County birth records show they are the parents of three children. On Jan. 18, CJ visited the family home at 413 North Duplin Street. There were three vehicles in the yard and driveway. There was also a large Nativity scene in the front yard.

Members of the Duplin County Sheriff’s Office, accompanied by a federal agent from the Department of Homeland Security, first visited the family home on May 2, 2014, the day after the Arkansas traffic stop. Their adult daughter, Beverly Ruano, consented to a search. The officers saw a business ledger consistent with use for documenting tax preparation services.

After about 30 minutes, the complaint states, Beverly Ruano advised the officers she needed to leave to attend school. The officers left the residence and went to Beverly Tienda, the retail business owned by Luna. They spoke with Luna’s sister, Dunia Mejia Lopez, who said she was operating the business while Luna and Ruano were on the way to Los Angeles to visit another sister. Lopez permitted the officers to search the business premises. The officers saw photocopies of tax preparation documents and computers.

The officers then obtained warrants to search both properties for evidence of filing fraudulent income tax returns. The officers seized more than 300 ITIN letters issued by the IRS, 179 wage and tax statements issued to names other than Luna or Ruano, and handwritten ledgers appearing to detail the flow of tax refunds sought and checks received.

In March 2015, Koskinen convened a “Security Summit” meeting with IRS officials, the CEOs of the leading tax preparation firms, software developers, and state tax administrators “to discuss common challenges and ways to leverage our collective resources and efforts.” Three working groups were established using the themes of authentication, information sharing, and strategic threat assessment and response.

The groups made several recommendations, but “pre-refund authentication,” by improving IRS computing capabilities in analyzing over 20 data elements to identify suspect refunds appeared to be on of the most important recommendations. The details of the program will not be public. “Extensive public discussion of these new elements would provide a roadmap to the IDT criminal and undermine the effectiveness of these elements to protect taxpayers from IDT refund fraud,” stated the report from the summit.
“As such, this report will not provide extensive details or specifics related to these new elements.”

The report also mentioned a proposal that could prevent fraud significantly: advancing the deadline for employers to submit earnings statements (W-2, 1099, etc.). That would give the IRS more time to compare W-2 earnings statements, like those submitted by Luna and Ruano, with those submitted by an employer before any refund requests were processed.

CJ initially reported on SIRF in March 2013, identifying fraud schemes over the course of several months in Durham, Clinton, Union County, and Long Island, N.Y. CJ also reported that the IRS had been aware of the issue for years, but rarely had discussed it publicly.

In July 2012, George’s office issued a report stating that for tax year 2011, the IRS reported that it had detected 938,644 tax returns involving identity theft and prevented the issuance of fraudulent tax refunds totaling $6.5 billion. But the losses from undetected identity fraud are substantial. His office’s analysis of data from the 2010 tax year identified 1.5 million returns, representing $5.2, billion, that likely were filed by identity thieves.

To combat SIRF the report stated, “Access to third-party income and withholding information at the time the tax returns are processed is the single most important tool that the IRS could have to identify and prevent tax refund fraud. However, most of the third-party information is not available until well after tax return filing begins.”