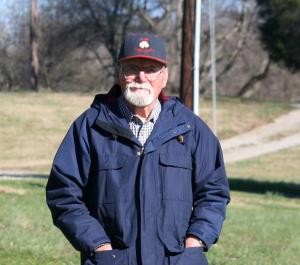 When Gene Kirby bought nearly 42 acres of land along High Point Road in the early 1980s, he envisioned eventually going into business with his son and building apartments on the property.

By the late 1990s, when his son was an adult and the Kirbys were ready to start building, the North Carolina Department of Transportation had other plans for his property.

“We went to the planning and zoning department of the city of Winston-Salem and said how do we go about getting a building permit,” Kirby said. “And they said, oh no, you can’t do that. This is in the protected corridor. You won’t be able to do anything in here.”

NCDOT had invoked North Carolina’s Map Act on Kirby’s property, which was within the corridor of a planned highway bypass around Winston-Salem. Under the state’s Map Act law, when the DOT files the map with local governments, those governments aren’t allowed to issue building permits within the corridor. The moratorium on development is supposed to end three years after the map is filed, but it can extend much longer than that if NCDOT has difficulty gaining clearance from environmental or other regulators to begin construction.

Kirby and other property owners have sued NCDOT, and last February won a unanimous ruling from the N.C. Court of Appeals. If the Supreme Court upholds the appeal, then NCDOT could be on the hook for hundreds of millions of dollars in compensation to property owners in those areas where it has invoked the Map Act.

The appeals court ruled that when NCDOT invoked the Map Act, it exercised its power of eminent domain. Chief Judge Linda McGee wrote that when that power is exercised, it “requires the payment of just compensation.”

NCDOT appealed, and on Feb. 16 the N.C. Supreme Court is scheduled to hear that appeal.

North Carolina is one of 13 states with Map Act statutes. However, North Carolina’s three-year moratorium on building permits is longer than in other states, where it ranges between 80 and 365 days and requires the states to allow property owners to use their land when that moratorium ends.

The Map Act was intended in part to keep the cost down for the Department of Transportation when it does take property to build roads.

While the case before the Supreme Court involves properties in Forsyth County, the ultimate Supreme Court decision is likely to affect projects across the state. The Map Act has been invoked and lawsuits also have been filed in Guilford, Cumberland, Wake, Cleveland, and Pender counties.

Matthew Bryant, lead attorney for the plaintiffs, said if they win at the Supreme Court, NCDOT would have to pay the landowners just compensation.

“It’s clearly well north of $300 million to $400 million,” Bryant said of the amount of payments across the state that would have to be made.

Bryant called the Map Act “a giant train wreck,” saying it has allowed NCDOT to lower its property acquisition costs by shortchanging a handful of landowners.

“The government will never admit that it’s wrong,” Bryant said. “It has to be told that it’s wrong.” He’s hoping the Supreme Court will do just that.

The case has drawn a lot of attention from policy and advocacy groups across the ideological and political spectrum.

The John Locke Foundation, Pacific Legal Foundation, Civitas Center for Law and Freedom, N.C. Justice Center, N.C. Association of Realtors, and N.C. Advocates for Justice have all filed amicus – or friend of the court – brief supporting the property owners in this case. The Wilmington Urban Area Metropolitan Planning Organization has filed a brief supporting NCDOT.

“Our research contradicts a number of points that the NCDOT raises in its appeal,” said Jon Guze, director of legal studies at the John Locke Foundation. “We wanted to bring those contradictions to the court’s attention.”

Guze pointed to NCDOT’s assertion that, by invoking the Map Act, the state is using its regulatory powers and not eminent domain — which would require the state to compensate landowners for the loss of value or use of their property. The Map Act’s powers do not resemble those in other legislation that governs conventional land use planning in the state, Guze wrote in his brief.

“It is blatantly unfair; it is patently unnecessary; and it violates fundamental rights protected by the United States Constitution and the Constitution of North Carolina, including the rights to equal protection, due process, and just compensation,” Guze wrote.

Calvin Leggett, the head of NCDOT’s program development branch, last January said that by and large, the Map Act has worked well.

Leggett said a lot of the frustration attributed to the Map Act actually is a result of the state’s open planning process for building highways. That process identifies potential parcels of land being considered for future highway construction, he said, and that landowners are aware that their property may be part of a highway corridor.

Bryant counters that the Map Act destroys the market for affected properties. “It’s a three-year wait for a building permit,” Bryant said. “The map, however, lasts forever.”

Practically speaking, nobody makes improvements to property within the corridors because landowners are unable to sell their property, Bryant said. “The marketplace doesn’t reward it,” he said.

While Kirby waits for NCDOT to act, he’s using his land to board and train Labrador retrievers. The property has a mobile home for trainers, a kennel for the dogs, ponds, a mound, and fields for training purposes.

Kirby, who turns 82 in February, just days after his case is scheduled to be heard in the Supreme Court, said he hopes the issue is resolved while he is alive. The issues are complex, and he doesn’t want his family to have to deal with them, he said.

Ben Harris, another plaintiff in the case, turns 65 later this year. In the early 1990s, he built 15 houses on property in the corridor.

Harris said the case has placed a financial strain on him.

Bryant said others are in similar situations. Many of the plaintiffs are aging. He said he fields calls from children of plaintiffs wanting to know when their aging parents can sell their homes so they can make arrangements to move to other places.

Efforts have been made to repeal the Map Act. Last year, a bill sponsored by Rep. Rayne Brown, R-Davidson, passed the House 114-0. But the bill never made it out of the Senate Transportation Committee.

The chairman of the committee, Sen. Bill Rabon, R-Brunswick, said the upcoming case in the Supreme Court had an affect on the legislation.

“We’re at the point now, let’s wait and see what the Supreme Court does,” Rabon said. “We will probably adjust, based on their decision.”

The Department of Transportation has retained four outside law firms to assist in defending the lawsuits, in addition to counsel from the attorney general’s office.

“The attorney general’s office does not have the staff and resources to handle the volume of cases,” Sophia Spencer, public records manager for NCDOT, said in an email. “In order to provide timely representation, it was necessary to retain outside counsel.”

While the hourly rate varies among the firms, some law firm partners could bill as much as $395 per hour for their legal work on the case, according to documents provided by the Department of Transportation.