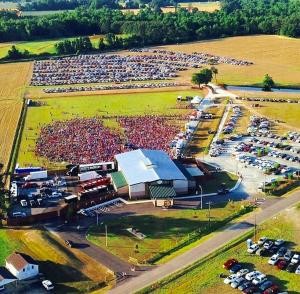 RALEIGH —Less than two weeks after praising a proposed CSX terminal near Selma as a boon to economic development in eastern North Carolina, a spokesman for Gov. Pat McCrory said on Jan. 26 the proposed rail hub “does not appear to be a viable option.”

The reversal occurred amid substantial local opposition to the proposed “Carolina Connector,” a $272 million transit hub, including a resolution from the Johnston County Board of Commissioners rejecting the proposed 450-acre site and the refusal of several landowners to sell their property to the railroad, leading CSX officials to suggest they may use eminent domain to seize land for the project.

News reports of CSX telling property owners that the company would use eminent domain to obtain proprty, and comments from company representatives that some land owners viewed as threats, seemed to prompt some public officials to change their opinions on the project.

N.C. Agriculture Commissioner Steve Troxler said “the proposed transportation hub is a major step for North Carolina, but not at the expense of private property rights. And U.S. Rep. David Rouzer, R-7th District, who initially supported the project, later pulled his support “after learning that the land owners impacted have had no input on this project,” according to a news report.

McCrory announced the project in a Jan. 14 press release, saying “over time, the project could bring 1,500 statewide jobs to North Carolina and provide an estimated $329 million in public benefits to the state. Enhancing freight movement through eastern North Carolina and the State Ports is a key part of my 25 Year Transportation Vision. I am enthusiastic that CSX, with support from local governments and planning organizations, has proposed this project for North Carolina.”

Twelve days later, McCrory spokesman Graham Wilson issued the following statement: “Based on the vote of local officials as well as serious land issues, the current site in Johnston County does not appear to [be] a viable option. We will continue to work with CSX to explore alternative sites in order to create jobs and enhance our state ports.”

While CSX officials compared the Carolina Connector to similar rail cargo hubs in Chambersburg, Pa., and North Baltimore, Ohio, Carolina Journal reported on Jan. 21 that the railroad did not use eminent domain to acquire property for either project. Nor did the railroad receive significant state subsidies for the Pennsylvania or Ohio projects, even though the company has said the Carolina Connector depended upon at least $100 million in state transportation funding promised by the McCrory administration.

Through a spokeswoman, the railroad maintained confidence the project would be completed.

“CSX is committed to this infrastructure project, which will create jobs, deliver a distinct competitive advantage for large and small businesses, and spur economic development,” said Caitlin Farhat, a CSX project consultant with the Raleigh office of the public relations firm APCO Worldwide, in a Jan. 27 statement. “We look forward to working with all interested stakeholders to address concerns and move the project forward.”

It is unclear how CSX will acquire property for the terminal if the landowners remain unwilling to sell and whether the company would underwrite the entire cost of the rail hub without state subsidies.