N.C. better prepared than most for rainy day, report says

North Carolina state government’s reserves are in the best condition they’ve seen this century. This means the Tar Heel State is one of a handful that could survive a recession without raising taxes or cutting services immediately.

That’s one conclusion of the latest Fiscal 50, an annual state-by-state review of public finances from the Pew Charitable Trusts. The report looks at revenue, spending, employment, long-term retirement funding, and debt.

The report found North Carolina’s government could run for roughly a month — 30.4 days — on reserve funding alone. That ranks 10th nationally, behind (in descending order) Alaska, Wyoming, Texas, West Virginia, Idaho, Indiana, Alabama, Minnesota, and Washington. It also noted that North Carolina is one of 26 states with rainy day funds that are bigger now than they were before the Great Recession. 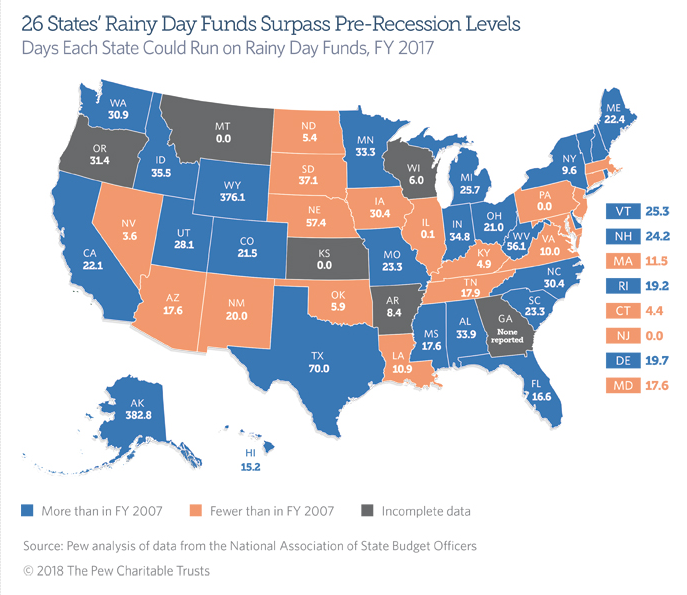 At 8.3 percent of the state’s General Fund, or $1.8 billion, North Carolina’s reserves are at a record level.

In April, Gov. Roy Cooper signed into law House Bill 7, a measure setting aside 15 percent of growth in General Fund revenues each year to state reserves. The measure, which passed the General Assembly nearly unanimously, also bolstered the rules preventing lawmakers from dipping into savings during normal budget cycles.