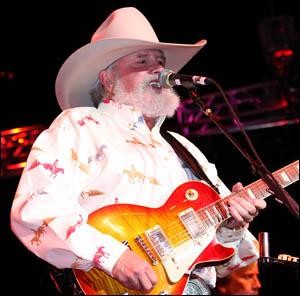 The Sanford Holshouser law firm, founded by two former governors, is emerging as a key player in developments surrounding the Randy Parton Theatre in Roanoke Rapids. Adding to the political firepower attracted by the troubled project, the two leading Democratic candidates for governor have made the theater’s problems a campaign issue.

The city built the theater and turned it over to Parton to operate earlier this year, but the relationship turned sour and Parton’s affiliation with the theater is likely over after he was prevented from performing recently by city officials who said he was impaired before a performance.

Attorney Ernest C. Pearson, founding partner of The Sanford Holshouser Business Development Group, served as the attorney for the state commission that recruited Randy Parton, while also serving as an attorney for Parton and his newly formed company Moonlight Bandit Productions in his negotiations with the city of Roanoke Rapids. Pearson said Wednesday that he had no conflict of interest in representing Parton and the commission because “Parton had no relationship with the Northeast Commission.”

Rick Watson, CEO of both organizations until March 21, 2006, has publicly taken credit for recruiting Parton to North Carolina in 2005. Watson acquired a 33 percent equity interest in Moonlight Bandit on or before March 2, 2006, according to documents.

Billing records and other documents obtained by Carolina Journal show that Pearson began performing legal work for Parton as early as January 2005. At that time Pearson was also the attorney for the Northeastern North Carolina Regional Economic Development Commission and its related organization, North Carolina’s Northeast Partnership. Those organizations terminated their relationship with Pearson in March 2006.

Pearson served as Assistant Secretary of Economic Development for the North Carolina Department of Commerce from 1989 to 1993. He joined the Cary-based Sanford Holshouser law firm in 1993. According to his bio on the firm’s Web site, Pearson’s “experience makes him exceptionally well suited to work with companies considering new business locations, expansions, restructuring financing and international business dealings.”

Documents obtained by CJ show that Pearson obtained a 3 percent equity interest in Parton’s company on or before March 2, 2006. Pearson told CJ that his becoming a part owner of the company did not create a conflict of interest. He said he did not ask for the equity interest but it was given in exchange for legal work.

He said that he terminated his relationship and financial interest with Moonlight Bandit Productions in 2007 for “business and ethical” reasons, explaining that clients sometimes want to change attorneys, and saying he wanted to help Parton facilitate the change. When asked why the project had failed, he said that since he and Parton had parted, he had not followed the matter and, thus did not know.

In September 2005, city funds advanced to Parton’s company were used to pay $65,000 in legal fees to Sanford Holshouser. Pearson said that the legal fees charged Parton to set up Moonlight Bandit Productions and to negotiate with Roanoke Rapids were a reasonable cost of recruiting Parton to North Carolina and were the responsibility of the Roanoke Rapids taxpayers.

Over a week ago, Carolina Journal asked the Northeast Commission for access to all records of payments to Watson and Pearson from 2004. Commission Communications Director Anita Johnson said yesterday they are working on the request but it would be after January before they could make the records available.

After Parton opened the 1,500-seat theater in July, city officials became concerned with low attendance, the lack of advertising and the lack of any other acts. In September, city officials negotiated a new contract with Parton that significantly reduced his role as manager and lead performer. They also cut his pay from a guarantee of $750,000 annually, to $250,000 per year for five years.

On Dec. 6, Roanoke Rapids Mayor Drewery Beale and other officials claimed Parton was intoxicated and sent him home prior to his scheduled evening show. The city has since hired an attorney and is expected to try and get out of paying Parton any further funds. City officials do not expect him to ever perform at the theater again.

On Wednesday singer Charlie Daniels and his band played to a packed house at the facility, but Daniels made no mention of Parton and the surrounding controversies.

Before Roanoke Rapids borrowed $21.5 million to build the Parton Theatre, the city needed the approval of the Local Government Commission. State Treasurer Richard Moore serves as chairman of the commission, and employees in his office serve as commission staff. The approval process for the Parton project began in the spring of 2005.

Lt. Gov. Beverly Perdue, who will face Moore next year in the Democrat primary election for governor, recently criticized Moore for approving the project. In response to the criticism, Moore pointed out that two members of the commission are Perdue political supporters.

One of those, Winston-Salem Mayor Allen Joines, is upset that his role on the commission has turned into an issue for Moore’s political campaign. Joines sent a letter Tuesday to Moore at the Treasurer’s office criticizing Moore’s campaign for saying that all members of the Local Government Commission had full information regarding the Parton project.

“I regret that I must communicate in this formal way but because your campaign has chosen to reference me and my role on the N. C. Local Government Commission, I am sending this letter,” he said. ”To have your campaign imply that the voting members of the Local Government Commission had all the facts on this project and therefore their approval in some way validated your involvement is at best disingenuous.”

Joines said that after media reports suggested commission members did not have all the facts when approving the project, he confirmed that through Vance Holloman, Deputy Treasurer for State and Local Government.

He said he chose to not make the issue public at the time because his service on the commission was separate from his support for any candidate.

”I am therefore disappointed that your campaign has chosen to not act in a similar manner,” he said. He closed by offering to discuss the issue with Moore and requested that all data on the project be shared with the commission members.

Calls seeking comment from Sara Lang, Moore’s spokeswoman at the Treasurer’s office, were not returned.