Perdue Did Not Pay for Official Travel 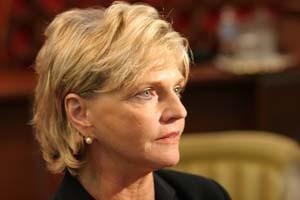 A Carolina Journal review of 2007-08 expenditures by the office of then-Lt. Gov. Beverly Perdue reveals that, in addition to not paying for a number of campaign-related flights, she also made no payments to private aircraft owners for travel related to official state business.

Records show flights that were a combination of official business and campaign events. Perdue spokeswoman Chrissy Pearson acknowledged the flights and told CJ that travel provided to Perdue when she was conducting official state business was treated by the Office of the Lieutenant Governor as a gift to the state from those providing the flights.

Perdue also has acknowledged that her campaign committee did not pay a number of aircraft providers for campaign-related airplane travel in a timely manner.

Issues with Perdue’s flights go back at least to 2004, but CJ has not yet requested Perdue records for 2004-06.

Perdue campaign committee records turned over to the State Board of Elections earlier this year show that she sometimes used privately owned aircraft for trips that were entirely related to official state business. On many other flights she combined official business as lieutenant governor with political events in her quest to become the state’s chief executive.

For those flights, someone in the Perdue campaign made calculations to separate the purported costs of official state business from expenses related to her gubernatorial campaign.

In late October, Perdue confirmed that a federal grand jury has subpoenaed several people connected to her 2008 gubernatorial campaign. Wake County District Attorney Colon Willoughby, who has launched a criminal investigation of Perdue’s campaign flights and other fundraising issues, said Oct. 22 that several witnesses who had been talking to him have gone silent, citing the federal probe.

It’s widely suspected that federal investigators, along with Willoughby, are seeking more information from “aircraft providers” the Bev Perdue Committee had arranged and who were identified in reports prepared for the State Board of Elections.

In some cases, Perdue reported the flights weeks or months after they took place, a violation of election laws. In other instances, the committee claimed flights as in-kind donations to the campaign. Additional listings failed to report the amount charged for the flight, the date, or the destination.

In others, Perdue mixed official state business with campaign activities.

A round-trip flight for Perdue on Jan. 30, 2007, from Raleigh to Concord in a Cessna Citation jet owned by David King of Raleigh was listed as official state business, yet there is no record of either the lieutenant governor’s office or the campaign paying for the flight.

King provided flights to Perdue on other occasions. A flight on March 5, 2007, to Wilmington in King’s jet was valued at $1,389. Two-thirds of the event time involved state business and one-third covered campaign events. The Perdue Committee paid only $202 for this flight on July 1, 2007. There is no record of any payment from the lieutenant governor’s office.

A July 23, 2007, flight between New Bern and Ocean Isle to transport Perdue for a speech to the N.C. Sheriffs Association was listed as official state business, but there is no record of any payment from the lieutenant governor’s office. The pilot was Michael D’Orosko from Wilmington. CJ was unable to determine who owned the single engine airplane used for the trip.

A flight Sept. 29, 2007, involved a one-way trip for Perdue from New Bern to Raleigh in a Cessna Citation jet. The plane was owned by Flying W LLC and managed by Buddy Stallings of New Bern. Her events that day were a mix of campaign and state business. The total cost was $701 and the campaign paid $239 on Jan. 12, 2008. There is no record of payment from the lieutenant governor’s office for the remainder.

On Nov. 9, 2007, records indicate Perdue traveled round trip from Chapel Hill to Hickory in a corporate plane originating in Dunn, owned by Warren Oil Company. Her events in Hickory consisted of an official state business event lasting 50 minutes and a private campaign event lasting 120 minutes. The total flight costs were stated as $589, with $415 calculated as the share attributed to the campaign. The Perdue Committee paid Warren Oil $415 on Dec. 31, 2007 — almost two months after the flight took place. The difference could have been paid directly with public funds from the lieutenant governor’s office, but there is no record of payment.

A Jan. 31, 2008, flight, in an aircraft owned by Agemark LLC in Hickory originated in Hickory. Perdue was picked up in Chapel Hill, flown to Concord and then delivered back to Chapel Hill. The trip was listed as official state business, but no value was stated for the flight and there is no record of a payment from the lieutenant governor’s office or the Perdue campaign committee.

[Editor’s note: This story was revised after initial publication.]