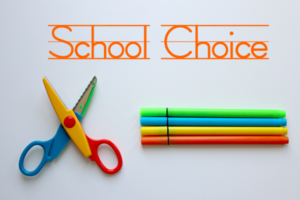 A new poll sponsored by a school-choice advocacy organization shows support for educational choice nationwide has increased to a new level of 71% of registered voters.

The poll — conducted by Real Clear Opinion Research on behalf of the American Federation for Children — also found better than two-thirds support for parents to use a portion of per-pupil funding from local public schools to send their child to an alternative if schools don’t reopen for full-time, in-person classes.

“The continued very strong support among voters for school choice and spending flexibility for parents of school-aged children is a clear message for policymakers,” said John Schilling, president of the American Federation for Children, in a statement. “Parents and families are demanding greater choice in K-12 education and they expect policymakers to put the needs of students ahead of the special interests who are bound and determined to protect the status quo.”

The poll found that support for school choice cuts across racial and even party lines, with 73% of white, 66% of black, 68% of Hispanic, and 66% of Asian voters in support. Seventy-five percent of Republicans favor school choice, compared to 69% of Democrats.

In North Carolina, school choice has seen significant gains in recent months as public school enrollment has declined and parents have flocked to alternative options. Charter and home schools have absorbed the majority of these students: U.S. Census data show the number of homeschool families doubled in N.C. during the pandemic, while charter school enrollment has increased to 127,125 students.