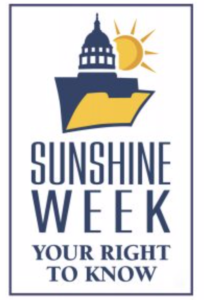 If a Florida parent wants to see the personnel file for their child’s public school teacher, the school would hand it over.

In North Carolina, that parent probably would be turned away, said media lawyer John Bussian, who represents Carolina Journal and other media outlets.

That’s one reason North Carolinians should care about Sunshine Week — an annual initiative (running this year starting Monday) designed to raise awareness about the public’s right to know what happens behind government doors. Governments at all levels — federal, state, and local — owe taxpayers accountability and transparency. Guidelines intended to reinforce the First Amendment’s protections for free speech, freedom of the press, and the right to petition the government are enshrined in state open records and public meetings laws.

North Carolina gets high marks on transparency from some advocates, but high marks don’t matter if the laws aren’t enforced. Florida, in contrast, threatens public employees with criminal penalties if they violate public records and open meetings laws, and they should be held up as the gold standard, Bussian said.

“With the traditional press in this country less equipped in many places to hold the government accountable the way it historically has done so, the public needs the right to know more than ever,” Bussian said.

Experts disagree where North Carolina stands on transparency compared with other states. The state ranks in the top five for transparency nationwide, said Mike Tadych, a lawyer whose firm represents the N.C. Press Association. Others, like Bussian, would demote North Carolina to the bottom five.

North Carolina law includes roughly 150 exemptions to providing public records. Many states include exemptions, and some are valid, said Gene Policinski, CEO of the Freedom Forum Institute and the institute’s First Amendment Center. But taxpayers pay government bills. They should have access to receipts.

Often, suing an agency is the only way to ensure compliance. That’s why these cases are often left up to media companies who have more money than the average resident, Tadych said.

That includes the recent case over the University of North Carolina System’s Silent Sam settlement. UNC’s $2.5 million deal to give the controversial Confederate monument to a Confederate organization was struck behind closed doors. DTH Media Group filed a lawsuit citing a violation of North Carolina’s open meetings law. The case is pending.

Transparency issues plague North Carolina at the highest levels. In 2019, Gov. Roy Cooper prevented employees from cooperating with an investigation of the Atlantic Coast Pipeline deal. The administration stonewalled again that year over Cooper’s out-of-state travel records, with the State Highway Patrol insisting to WBTV it doesn’t keep such records. The television station filed a lawsuit in January to get the records.

But the biggest issues occur at the local level, said Brooks Fuller, director of the N.C. Open Government Coalition at Elon University. Unlike the N.C. Department of Revenue or N.C. Department of Justice, local school boards and school systems often don’t have the people to deal with public records requests.

Even if they did, North Carolina includes broadly worded exemptions regarding law enforcement and personnel records, Fuller said.

Many local boards fail to take complete, full, and accurate minutes of their open and closed session meetings, Fuller said. It’s illegal, but it happens. Public officials are required by law to cite a statute explaining why they went into closed session — to discuss a personnel issue or emergency response, for instance. When the minutes eventually become public, it’s important for people to be able to look back at those meetings and see how the process actually worked.

Agencies’ data doesn’t belong to them, Policinski said. Those records are created on behalf of the public, and being able to look over the shoulder of public agencies every day is essential for making intelligent decisions in their elections.

“It’s a fight we have to renew every generation, every Freedom of Information Day, every Sunshine Week,” he said.

Editor’s note: The original version of this story incorrectly said DTH won the Silent Sam lawsuit. The lawsuit is pending. We regret the error.