Editor’s note: This story was edited after initial publication to include information about legislation from Sen. Jeff Jackson and Gov. Roy Cooper’s proposed litigation.

A Supreme Court candidate affected by the action then vowed to sue to block the reinstated legislation — which bars him from switching his party affiliation to run as a Republican — and Cooper promised to file his own legal challenges.

The House voted 70-39 to override vetoes of both Senate Bill 3 and House Bill 3. The Senate voted 28-12 on both measures. After the votes, lawmakers promptly adjourned the special session which started last week. (The short session, which opened in May, will convene again after the November election.)

S.B. 3 prevents judicial candidates from switching parties for a general election less than 90 days before the filing period. This affects Chris Anglin, a Raleigh attorney seeking a Supreme Court seat. Anglin changed his affiliation from Democrat to Republican about three weeks before filing. Now he will appear on the ballot with no party affiliation.

The legislature has overridden a record 20 of Cooper’s 25 vetoes in the two-year legislative cycle.

“This is about falsely and unconstitutionally misleading voters and crippling the checks and balances that are the foundation of our democracy,” Cooper said in a news release after the special session closed.

“It is shameful that legislators have spent their time deceiving North Carolinians and attempting to rip up our constitution instead of improving public education, and growing our economy,” Cooper said. 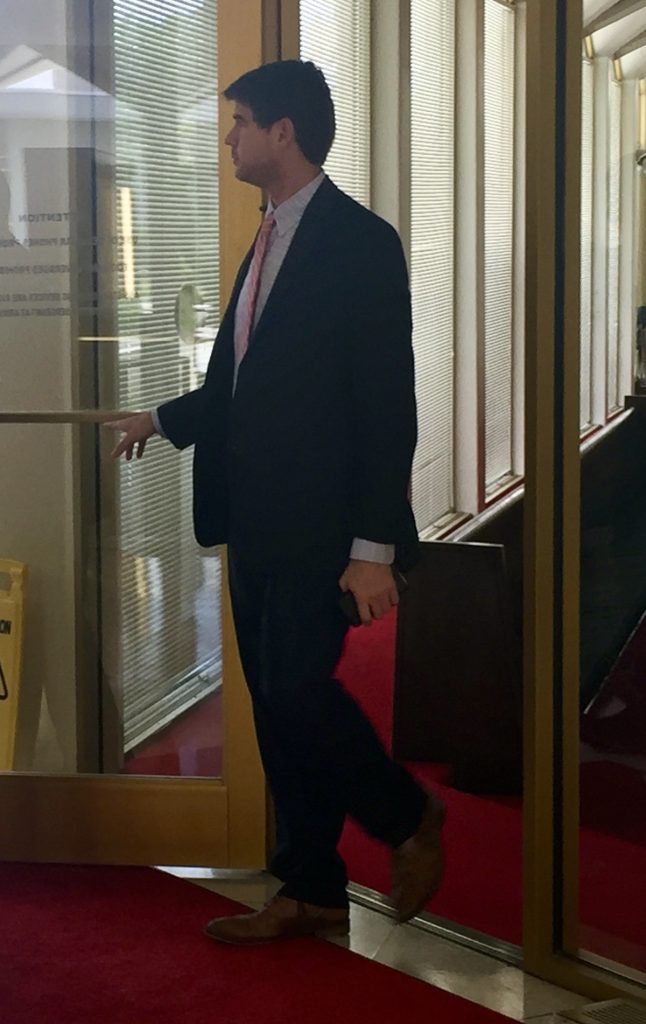 Meanwhile, Anglin said he would file a lawsuit Monday. He is deciding whether to pursue his case against S.B. 3 in state or federal court. They have dual jurisdiction in the matter, he said.

“This is a clear violation of my constitutional rights, and this bill is clearly targeted at me,” Anglin told Carolina Journal. “I think we can already go ahead and declare victory because I’ve showed the folly of partisan elections, and I’ve also showed how the legislature is just making a power grab in order to support their own candidate, and get her elected at all costs.”

“I absolutely deny that claim. That is a stunt,” Anglin said.

“I’m running to give Republican voters an opportunity for someone who believes in traditional conservative Republican values, primarily that the judiciary is a co-equal and separate branch of government, and should be treated as such,” Anglin said.

Top legislative Republicans held a press conference shortly before the override votes. They said they are protecting legislation popular with constituents that Democrats want to derail, and defending voters against Democrats’ attacks on their ability to make informed choices.

During this year’s short legislative session, the General Assembly passed six constitutional amendments to appear on the fall ballot. Under a provision of a 2016 election law, the state Constitutional Amendment Publication Commission had been charged with drafting captions to describe those amendments on the ballot.

This would have been the first time that commission would have drafted captions. Since 1983, the commission has prepared “an explanation of the amendment in simple and commonly used language,” according to the N.C. Secretary of State’s office.” The Secretary of State then distributes the explanation to the local boards of elections, the press, and others.” H.B. 3 has no effect on that part of the commission’s work.

Republicans say the Democrat-controlled commission has politicized the caption-writing process. Secretary of State Elaine Marshall and Attorney General Josh Stein, both Democrats, are two of the three members of the commission. The third is Paul Coble, the state legislative services officer, a Republican.

“We expect the Democrats to try to convince an activist judge to prevent the amendments from appearing on the ballot at all,” Berger said.

To lay the groundwork for those suits, Democrats “have been advancing some of what we would consider absurd legal theories,” Berger said.

He said one false claim is that the amendment appointing a bipartisan board of elections would allow the General Assembly to appoint Cabinet secretaries. Instead, the bill deals only with boards and commissions, not state agencies.

“That theory is wholly inconsistent with the idea that we’ve dealt with in the past on local bills, redistricting, and appointments,” Berger said. “The standard understanding is that if any part of a bill can be vetoed the whole bill can be vetoed. This is core constitutional doctrine in North Carolina. It is not something that we expect to change.”

Sen. Jeff Jackson, R-Mecklenburg, filed a bill Saturday which would have scrubbed the ambiguous language from the amendment. It died in the Rules Committee without getting a vote.

Late Saturday afternoon, Cooper said he would ask state courts to remove two of the amendments from the ballot. See his filing here.

One is Senate Bill 814, the judicial vacancy measure. Cooper’s filing says the bill’s language would indeed let lawmakers make any bill veto-proof by incorporating it with a judicial appointment.

The other, House Bill 914, continues a longstanding battle between the executive and legislative branches over separation of powers. Cooper says the amendment would give the legislature too much power over boards and commissions which administer policy.

Rep. David Lewis, R-Harnett, House Rules Committee chairman, addressed questions of the effect threatened Democratic lawsuits against the Republicans’ actions could have on the fall election. The Bipartisan State Board of Elections and Ethics Enforcement has said ballot language must be completed by Wednesday.

Those concerned about the amendments could have sought relief in the courts earlier, Lewis said. “So it will be blatantly obvious if and when they go to court next week that it is an attempt to circumvent that process. It’s an attempt to not let the voters weigh in and speak their minds.”

Lewis accused Marshall and Stein of staging “a political dog and pony show” at a July 31 meeting at which Coble was absent.

“They stated line-by-line their political qualms about each amendment,” Lewis said.

“This legislation is necessary to prevent someone from masquerading as a member of a different party in an effort to sway the outcome of legislation,” Hise said. That type of last-minute party switching already is illegal in every other elected office.

Hise said Anglin and three District Court candidates would be affected: Two Democrats switched to Republican, and one Democrat changed to unaffiliated.

“The Democratic Party wanted to have a judicial primary. In fact we filed a lawsuit,” he said, when Republicans passed legislation to bypass this year’s primary. A federal court rejected the suit.

Jackson said Republicans scrapped judicial primaries this cycle because they believed allowing multiple candidates on the ballot would have diluted Democrats’ votes, helping Republicans. The plan backfired when Barbara Jackson got a Republican opponent, with Earls the only Democrat. Republicans then hastily put together S.B. 3, Darren Jackson said.

“You shouldn’t be able to change the rules after the game’s started,” Jackson said. “It’s just unfair.”