Three Democratic candidates are vying for state superintendent in 2020 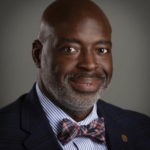 Another Democrat has joined the growing pool of candidates for state superintendent in 2020.

Keith Sutton, Wake County School Board vice chair, on the Saturday, Feb. 16, episode of “Education Matters” announced plans to run for the seat.

“I have worked at the intersection of education and policy, that’s how I got to Wake County School Board,” Sutton said. “At that time we were trying to keep our schools healthy and balanced and used education policy to improve schools and improve the community.”

Sutton will have to contend with at least two candidates in the March 3, 2020, Democratic primary.

“It is clear that we need better leadership in the state superintendent to benefit all students and teachers across the state,” Barrett told the News & Observer. “The first thing we need to make sure we do is restore respect to our teachers.”

On Jan. 24, Michael Maher, assistant dean of professional education at N.C. State University, threw his hat in the ring.

“We are in the midst of a critical teacher shortage, we ask those who choose to teach to do more with less, and we lack a coordinated effort to systematically address our most pressing challenges…” Maher said in a news release. “As the North Carolina Superintendent of Public Instruction, I will be a tenacious advocate for public education in North Carolina.”

Johnson hasn’t announced whether he would run for re-election.

Johnson, a Republican, beat longtime State Superintendent June Atkinson, a Democrat, in 2016. Running on a platform of reform and greater local control, Johnson won with 50.6 percent of the vote. Johnson, at 33, became the second-youngest statewide elected official in the country.

Johnson has advocated for easing standardized testing, integrating technology in the classroom, and improving reading scores. Much of Johnson’s tenure has been marred by a legal dispute between him and the State Board of Education over a law granting the state superintendent more control over the administration of public education. Johnson ultimately won in court.

Extending unemployment benefits in N.C., and the president’s offer

The Right AOC on Point: COVID-19 could lead to seismic shift in N.C. education

‘If I die in Raleigh, at least I will die free’: Well, not exactly

Nurses action in Asheville another sign unions are flexing muscles