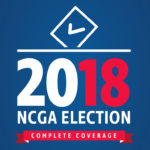 One of the more high-profile state House of Representatives races in the Nov. 6 general election is the matchup between longtime Republican incumbent Rep. Nelson Dollar and Democratic challenger Julie von Haefen.

The race received national attention in a Washington Post article speculating whether opposition to President Trump puts the General Assembly in play for Democrats.

The district is the subject of ongoing litigation. It was redrawn by state legislators to comply with a federal court order to fix 28 legislative districts whose boundaries were said to unconstitutionally rely too heavily on race. House District 36 was not one of them, but it was redrawn to allow corrections to the others, Republican mapmakers said. A court-hired mapmaker changed the General Assembly’s map, but the U.S. Supreme Court rejected that alteration.

Dollar is the senior budget writer in the House, and a key member of that body’s leadership, making him a symbolic target for Democrats.

Education is the focus of von Haefen’s campaign, and she emphasized that in The Washington Post article.

She contended the 2016 law reducing class size for kindergarten through third-grade “threw all the schools in Wake County into what we call class-size chaos. It was going to require many school districts to fire our art, music, [physical education], and other special teachers. And it would have required Wake County to build 15 schools in one year, which is absolutely impossible.”

Requests to von Haefen’s campaign for interviews received no response. It is not surprising, however, that education would be her main campaign platform, given her experience as president of the Wake County PTA Council, and as the advocacy chair of the North Carolina PTA.

Von Haefen’s role as PTA leader gave her valuable insight into the issue of class size, she wrote in an op-ed article on WRAL’s website.

“I have heard from parents, teachers and other PTA leaders from across Wake County about the potential effects of the unfunded mandate including increased class sizes of 30-35 kids in fourth and fifth grade, art classes taught from a rolling cart, the elimination of music classes and school enrollments capped,” she wrote. “Parents are worried about school assignment changes as the district struggles to find places to shift approximately 9,500 students as a result of this mandate.”

On other issues, von Haefen sticks to the standard liberal platform. She says on her website “healthcare is a universal right,” and that Medicaid should be expanded in North Carolina under the Affordable Care Act.

She wants “a North Carolina economy that works for everyone, not just those at the top.” To help accomplish that she advocates “for the increase in funding for vocational training in our high schools and community colleges.”

“In North Carolina, we have the highest-four-year graduation in the state’s history. We have the largest teacher pay increase in the nation in recent years,” Dollar said. “So the charges my opponent has made are false, and they’re intended to cover up her real agenda — which is the leftists’ agenda — to raise taxes.”

“Republicans are committed to reducing class size, especially in the early grades,” Dollar said. “It is wrong for my opponent to oppose lowering class sizes. Obviously Democrats are not committed to the best learning environment for our students.”

Dollar supports all six proposed amendments to the state constitution that appear on the ballot.

“These are constitutional amendments that are supported by the public. People want voter ID. They want lower taxes. They don’t want government to grow out of control the way my opponent does,” Dollar said. “They want stronger rights for the victims of crime. They want the right to hunt and fish, the merit selection of judges, and they want a bipartisan elections board.”

The Washington Post story said Dollar would eventually vote to expand Medicaid in North Carolina under Obamacare. He clarified his views on health care to CJ.

As for charges — and subsequent court rulings — that legislative Republicans engaged in both racial and partisan gerrymandering when drawing congressional and General Assembly districts, Dollar said the redistricting policy was fully compliant with federal government standards.

“You will continue to have Democrats not happy with redistricting,” Dollar said. “They have very exotic views, and no matter how the redistricting is done, they’re going to continue to go to court until they find a way to win a majority. Unfortunately, that’s where we are.”

We won’t get there: Cooper’s vaccine mandates are ‘shockingly silly’