UNC board: Center for Civil Rights not only option for pro-bono legal help

CHAPEL HILL — The University of North Carolina School of Law’s Center for Civil Rights on Friday was officially banned from filing lawsuits. But low-income and minority residents still have options to get legal help, said UNC Board of Governors member Steve Long.

The board voted 19-3 to end the ability of the CCR, and centers connected to other UNC campuses, to sue. Student member Tyler Hardin, who can’t vote, said he would have red-lighted the policy. Board newcomer Darrell Allison — citing his close relationship with the center’s founder, the late civil-rights icon Julius Chambers — abstained.

Board members said the policy change won’t leave North Carolinians who can’t afford legal help out in the cold. At least 14 legal clinics within the UNC Law School offer pro-bono representation. Board Chairman Lou Bissette said the board would support another legal clinic if the school wants to add one.

A new law clinic might be a reasonable, albeit costly, option, said UNC Chapel Hill Chancellor Carol Folt last month in a proposal to the board.

“We do represent low-income and minority citizens in our law clinics. They don’t get a lot of headlines, but there is real work done there,” Long said.

Six months ago, Long unveiled his proposal to strip litigation privileges from the center, founded in 2001 by Chambers, a famed civil rights attorney and the former chancellor of N.C. Central University.

The CCR advocated for poor and minority communities, filing lawsuits against cities, counties, and even school boards.

But the center is a research organization, not a law firm, Long said. And though CCR leaders say their work provides hands-on education for law students, the center isn’t registered as a legal clinic under the American Bar Association.

That’s a problem, he added, since the center is part of UNC but is technically exempt from abiding by ABA guidelines when entering lawsuits.

The board supports the center — which receives no state funding and is located off-campus — and nothing about the policy change is designed to harm its research functions, Bissette said.

“I don’t understand how you can say you support the Center for Civil Rights when you just voted to shut it down,” CCR Managing Attorney Mark Dorosin shouted at Bissette after the vote.

CCR staffers are open to converting the center into an ABA law clinic, or ending its affiliation with UNC. Otherwise, the organization will close, Dorosin said after leaving the meeting.

The American Bar Association previously reviewed the center’s work and found no issues with its operations, he said.

“This is not about form. This is about substance. The people who are attacking the center and who just did their dirty work would not sit quietly if the center were a clinical program. And so I have no doubt that would not end this whole issue.”

Not so, said Long, who has repeatedly stated the proposal is about operations, not ideology.

Long, a Republican, told Carolina Journal in August he would have opposed the center filing lawsuits if it leaned right.

A state entity should not be allowed to sue cities, counties, or school boards, Bissette said. 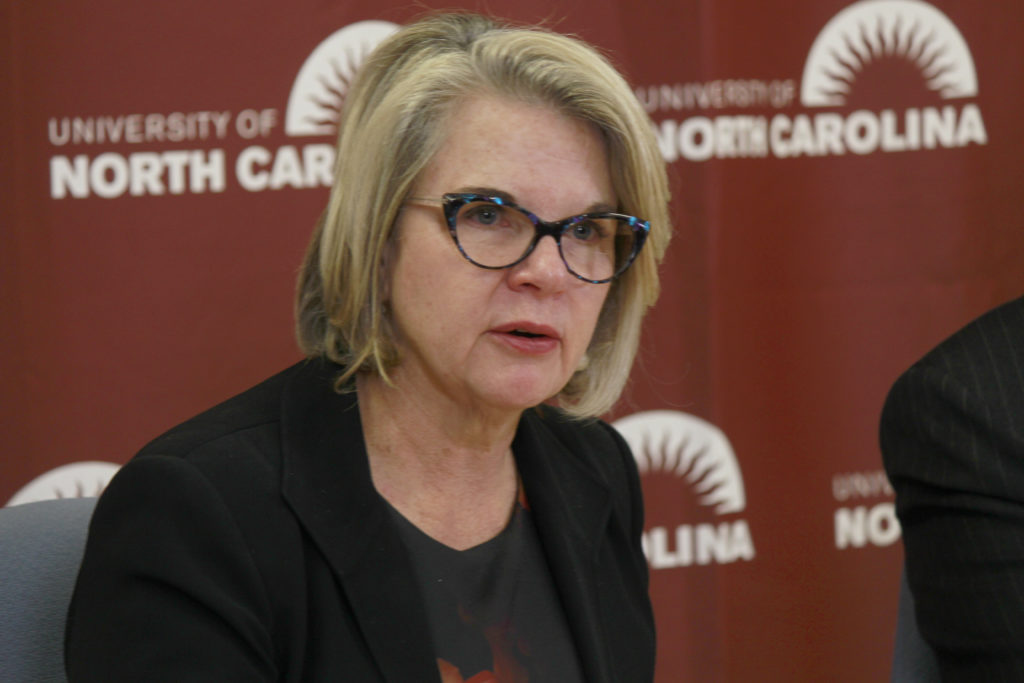 The primary objective of a law clinic is education, not lawsuits, said UNC President Margaret Spellings.

When challenged on whether she thought the board’s policy would mean less protection for civil rights, Spellings raised her eyebrows and shook her head.

“I don’t think we can understand that’s true at all. It’s too soon to assert that.”

“If we’re sitting here a year from now, we’re very likely to see the same kind of work happening under the banner of a law clinic,” she said.