Head of N.C. office was recommended by Hagan for current job 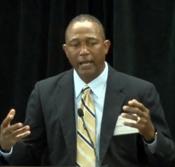 After first agreeing to allow Carolina Journal to inspect the documents relating to a taxpayer-funded U.S. Department of Agriculture energy grant to a company owned by family members of U.S. Sen. Kay Hagan, the USDA Rural Development office in Raleigh later said the matter was being handled in Washington — implying the USDA’s headquarters in the nation’s capital.

On Tuesday, CJ spoke by telephone with Delane Johnson, North Carolina’s rural development public information coordinator, who said she would treat CJ’s request for documents about the $50,000 renewable energy grant as a Freedom of Information Act request. By email, she said agency policy requires USDA to contact the grant recipient, JDC Manufacturing, before complying with the document request. She also indicated that she would have a response to CJ within 10 days.

By Wednesday, however, Johnson was much less cooperative. CJ went to the Raleigh office to meet Johnson and ask her additional questions about the process of reviewing the grant file. Upon arrival, CJ was told to take a seat outside Johnson’s office. Another employee went into the office, closed the door, and a few minutes later, informed CJ that Johnson would not be able to speak with him and that the matter was being handled in Washington.

The USDA Rural Development office in Raleigh is headed by Randall Gore, who was recommended for the position in 2009 by newly elected Sen. Hagan, a Democrat. Both Gore and Hagan live in Greensboro. President Barack Obama later nominated Gore to the post and the Senate confirmed him.

Earlier this week, CJ reported on the $50,000 grant from the USDA’s Rural Energy for America Program. The grant paid for the second phase of a solar energy installation at a building in Reidsville owned by JDC Manufacturing, a company co-owned by Kay Hagan’s husband Charles “Chip” Hagan and Chip’s brothers John and David. Another Hagan family-owned company, Plastic Revolutions, leases space at the JDC building.

The first phase of the solar project — along with other energy upgrades at the site — was underwritten in part by a stimulus grant to JDC of $250,644. As part of the application for the stimulus grant, JDC said it would provide “leveraged funds” amounting to $187,983, or 43 percent of the total project cost of $438,627. As the project neared completion, JDC reported the project ended up costing $114,519 less than projected. But JDC passed on none of the savings to taxpayers, and kept the entire $250,644 in stimulus funding.

Less than a year after pocketing the $114,519 in savings from phase one, JDC went back to taxpayers asking for an additional $50,000 to fund phase two. Both phases of the solar project were installed by another Hagan family business, Solardyne/Green State Power, a solar energy company owned and managed by Chip Hagan, the Hagans’ son Tilden, and their son-in-law William Stewart.

The USDA Rural Development website instructs members of the media seeking information about grants in a specific state to contact the public information coordinator in that state.

CJ emailed and phoned Gore earlier today, asking him to call and answer questions about the 2011 grant to JDC Manufacturing. An assistant acknowledged receipt of the request, but Gore did not respond.