Tim Gunther, a lawyer and Wake County District Court Judge candidate, appears to be running from a district where he doesn’t live. If so, that would violate state law.

He’s owned a house in Cary since 2006. It’s in Judicial District 10D. There’s a problem. He’s running in District 10F. He’s registered to vote in District 10F at a Fuquay Varina address, where he doesn’t appear to live. Gunther, a Democrat, is running against Republican lawyer Beth Tanner.

District 10F, an open seat, is the only contested Wake County District Court race in November. The county has 21 District Court judge seats in six sub-county districts. Gunther ran for a District Court seat and lost in 2000. Fraudulently or falsely completing a Notice of Candidacy form at the State Board of Elections is a Class 1 felony under Chapter 163 of the N.C. General Statutes

Gunther also listed 821 Hepplewhite Court, Fuquay Varina, on a Notice of Candidacy form with the State Board of Elections on Dec. 16. The form requires a signature below this oath: “I swear or affirm that the statements on this form are, true, correct and complete to the best of my knowledge or belief.”

Carolina Journal reached Gunther by phone Wednesday, Oct. 14, asking him where he lived. First he said he and his daughter rented a house in Fuquay Varina. CJ then pointed out that his daughter and former wife own that house. Gunther said that’s true. He said he’s moved out of the Cary house and may fix it up and sell it. CJ asked him if others also live in the Fuquay Varina house. He acknowledged that his daughter’s boyfriend and another man also live there. He then abruptly ended the phone call.

If all those people live there, it’s a crowded house. Wake County real estate records show 821 Hepplewhite Court is a 1,124-square-foot single family home. It’s owned by Natalie Gunther and Alyssa Gunther. They bought it in June 2019. Natalie Gunther was married to Tim Gunther. Alyssa is their daughter. Alyssa is registered to vote at this address. Alyssa’s boyfriend, Rex Jacobson, appears to live there. A CJ reporter saw him on the front porch, shirtless, on Oct. 7.

Natalie doesn’t live there. Real estate and voter registration records say she lives at 4805 Morning Mist Court, Apex, in a 2,726 square-foot house she and Tim owned jointly when they were married. She became the sole owner in 2005. 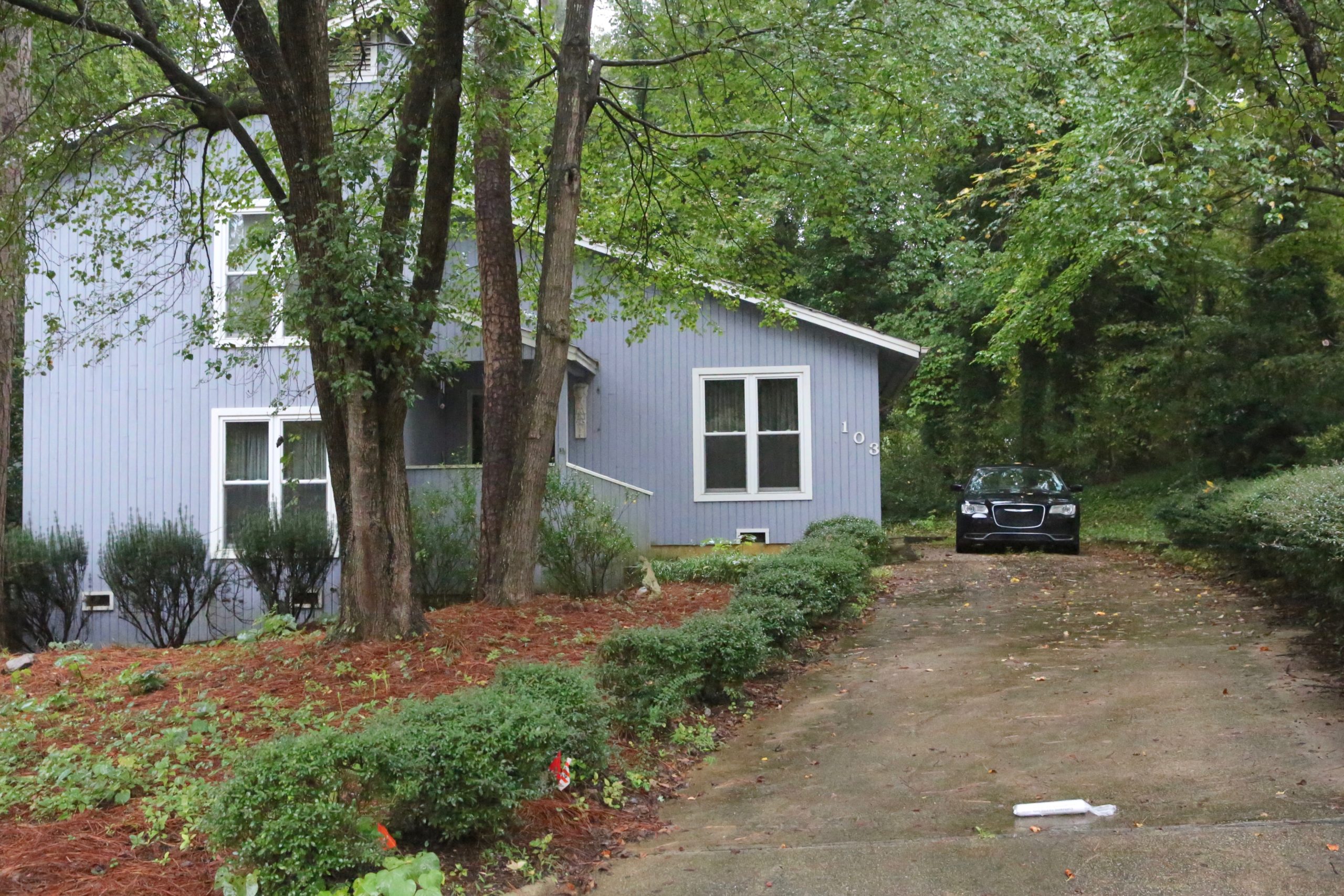 The house Tim Gunther owns in Cary. His car is in the driveway, along with a Sunday newspaper. (CJ photo by Don Carrington)

Asked about Gunther’s residency issue, Tanner said, “I’m focused on my campaign for District Court judge and talking with voters across District 10F, where I do live. I believe people should know and trust their elected officials, particularly their local judges.

“I’ll let the Board of Elections, the State Bar, and most importantly, the voters deal with my opponent. We need fair, honorable, and ethical judges to provide impartial justice to everyone in Wake County. I hope to earn the support of the voters in District 10F by embodying that exact behavior,” she said.