What are these co-ops, and why are they falling by the wayside?

In the heat of congressional negotiations prior to the final passage of the Affordable Care Act, leading Democrats pushed for a new government-run health insurance program to compete against private health plans offered on new exchanges.

It was an attempt to move the needle closer to a single-payer system, and it was a way to test whether this “public option” offered better-quality products than private carriers.

It’s clear that the public option didn’t make its way into the health care law. As a final compromise, federal grant money was set aside instead for states willing to set up nonprofit, member-led health plans, or co-ops. But since Obamacare’s passage, a string of events dealt financial blows to these startups, which explains why 11 of the 23 are now defunct.

Health insurance is a difficult market to break into. Under Obamacare’s rule, it’s even harder for these startups to achieve fiscal solvency.

Imagine how a business school class would react to their professor assigning them the task of planning a startup, but with the restrictions that: 1) experts at other companies in its industry were barred from serving on its board; 2) it would have virtually no access to capital other than government loans; 3) it couldn’t use those funds to market its products, and 4) if successful, it couldn’t retain more than nominal profits to fund future growth.

Initially, $10 billion in grants was going to be allocated for interested parties to establish their co-ops, but the 2011 federal budget, the 2012 fiscal cliff, and an army of insurance lobbyists whittled down the total amount to $2 billion. And then the grants turned into loans, with the expectation that co-ops would repay seed money within five years and be self-sustaining.

This didn’t happen. Although half of the 23 co-ops are still in operation, five of those have been handed a permission slip by regulators that allows for these entities to engage in creative accounting with their balance sheets by shifting their liabilities over to the assets column. ’Tis the season to thank the taxpayers.

Others are either closing or drastically raising premiums due to underestimating their risk pools, in which their medical claims are outpacing premium revenues. Obamacare does have temporary provisions in place that are supposed to stabilize this problem (known as the three R’s), and it turns out that lots of insurers — both co-ops and well-established private carriers — are running into this issue.

The heavy reliance on these federal funds has in part contributed to the risk corridor shortfall (one of the three R’s). In other words, there is a shortage of funds to be distributed from profitable insurers, or those with lower-than-expected medical claims, to insurers with higher-than-expected claims: 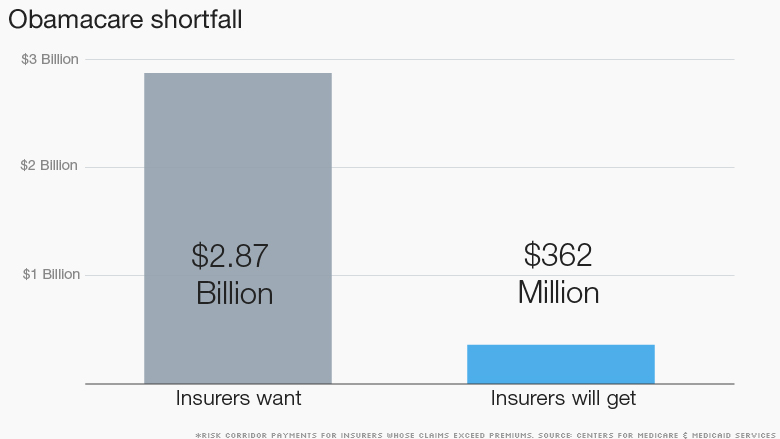 Ironically, the co-ops’ mission statements focus on “patients over profits.” But if there is no margin, there’s no mission. Poor business management, sweetheart deals, and boards full of friends have instead forced almost 1 million co-op consumers to enroll in other health plans. So much for consumer protection.

North Carolina among worst in the nation for COVID vaccine distribution