So a year ago, I learned that my friend killed himself.

My friend was a tenured professor in the UNC system, the Wilmington campus. He was an award-winning teacher notorious for speaking truth to power — and for being unapologetically provocative in so doing. It’s why the university tried to deny him tenure in the first place, and the court case that came out of it resulted in one of the greatest victories for academic freedom in a century. But instead of being celebrated, this triumph was deeply, deeply resented, since it meant academic freedom for Christian conservatives, too. For that is what Prof. Mike Adams was. 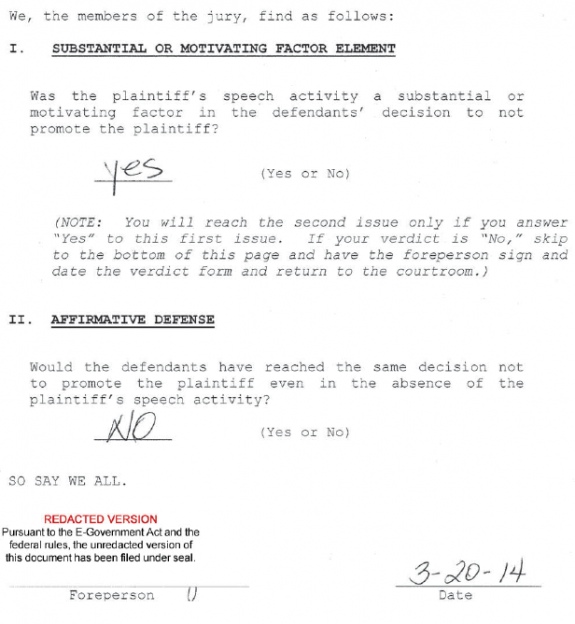 From that point on, the ongoing effort to get rid of Mike Adams by any means necessary was redoubled. Mike still sailed above it, a happy warrior. I never would have believed it, but even Mike had his breaking point, and when UNCW leadership buckled under one such attempt and forced Mike into early retirement, Mike had reached that point.

I heard it in his voice, and it scared me. But I thought when the settlement was finally agreed upon that Mike’s indomitable spirit was rallying. When he stopped answering his calls, I got worried again. Not about suicide, though; Mike would never do that. I was wrong.

Since then, I’ve wanted to write about it all. I’ve wanted to honor Mike’s memory. I’ve wanted to talk about how Mike helped people fight for their God-given rights against the powers and principalities of this world. It always made him powerful enemies. In his final months, he encouraged Christians and pastors to confront Gov. Roy Cooper’s discrimination against churches and marched with people against the governor’s destruction of businesses in his illegal abuse of emergency powers. But I found that I couldn’t write about him, not right away; it was too painful. It still is.

So I am going to quote from another of Mike’s friends, Greg Lukianoff at The Foundation for Individual Rights in Education (FIRE), who wrote this: “Professor Mike Adams’ suicide will always haunt me.” It took till December for Lukianoff to write that.

A self-described liberal and hipster, Lukianoff began by discussing Mike’s deliberate decision to be provocative after the first time UNCW threatened him (which is when I met Mike). Lukianoff admitted that “Mike’s new style often offended me.” But that edgy style led ultimately to Adams v. University of North Carolina–Wilmington, “the first federal appellate case to hold that the First Amendment interest in academic freedom overrides” the “general rule (which comes from the Supreme Court case Garcetti v. Ceballos) is that the First Amendment does not protect public employees from discipline based on speech related to their official duties.”

Mike asserted his rights, fought for them, and won, and in the struggle he secured more substantial rights for academics everywhere. That victory has been subsumed in this present darkness blithely called “cancel culture,” as if people can be dealt with as easily as an unwanted newspaper subscription. Lukianoff wrote, including discussing Mikes’ final months:

But despite this stunning victory, we still often had to hop on the phone to talk about the latest threat to his or his friends’ careers.

Mike’s forced early retirement in June came at the beginning of a huge explosion of FIRE cases on a scale never before seen in FIRE’s history. Since much less controversial figures than Mike were finding themselves “canceled,” there was little doubt people would use this opportunity to come for him. And sure enough, students started once again calling for his termination after Mike posted a tweet addressing state governor Roy Cooper that compared North Carolina’s COVID-19 restrictions to slavery, writing “Massa Cooper, let my people go!”

Mike’s situation was a textbook cancellation: It was focused, intense, and demanded immediate termination. UNCW extended the olive branch of early retirement in order to avoid the inevitable litigation that would follow an outright termination. On June 29,  UNCW announced on Facebook that Adams would retire, effective August 1. That announcement triggered additional rage-filled responses, because Adams would receive a settlement of over $500,000 (which, given he had at least 10 more years to his career before normal retirement age, was a comparatively small amount).

Like me, Lukianoff thought the settlement would boost Mike’s spirits. “I actually deluded myself into believing that Mike was likely quite happy with the settlement,” he wrote.

Here is some of what Mike was dealing with behind the scenes, however:

Mike and I finally spoke over the phone on July 13. He was shaken and upset in a way I’d never heard him before. He related how nastily he was being treated. He told me stories of angry phone calls and emails he received. They included messages claiming his wife and children were seen at Black Lives Matter rallies performing sex acts on black men. This struck me as bizarre, not only because Mike didn’t have a wife or kids, but because these taunts came from people motivated by their supposed sensitivity (and Mike’s supposed insensitivity) to social and racial justice.

We discovered later that he even filed a criminal complaint against one of the people who sent him threatening and harassing messages. That really struck me. Mike was used to enduring a seemingly limitless amount of abuse. It would take a great deal to cross the line into something he thought required reporting to the police. He told me he thought the hatred for him was ironic, as he was horrified by what happened to George Floyd in May, and he wanted police to be held accountable and reformed.

I encourage you to read the final section of Lukianoff’s article about the culture war’s influence on depression. This part captures it all too well:

I’ve seen people turn on professors and students that were once their friends and treat them as if they’d transformed into immoral monsters, deserving of only banishment or worse. I’ve felt that directed at me, my co-workers, and my friends. It creates a paranoia that everything can be stripped away from you if you make one wrong move, one wrong comment, one wrong joke. And once you transgress, you can be unpersoned into a caricature of societal evil, an object of scorn — no longer a real person, but an evil abstraction, sometimes a laughable cautionary tale. It’s a nasty paranoid lonely little universe …

If anyone cares to contrast the past half-year of histrionics about academic freedom and permanent damage done to UNC regarding a tenure controversy with an outspoken academic, go ahead. I can’t dwell on that, other than to say to all you poseurs in media, politics, academe, and especially UNC who either said nothing — or worse, cheered — as Mike was hounded to his death, you are liars and hypocrites of the worst order. You’re why Psalm 73 was written. Wicked, violent, and currently prosperous, but with no discernment of where you’re heading.

I left Mike a voice message the day before his body was found. I told him I hoped he was doing well and that I was praying for him. I’m pretty sure I told him that I loved him. I can’t remember now. Even now, I hope he heard it, but it’s clear the other voices had him.

I miss my friend.

Is college football the death knell for COVID hysteria?

NAACP wants felons to vote, while nullifying your ballot