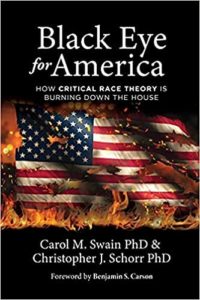 Fortunately, the authors offer ways to fight back against a doctrine that is now mainstream because of powerful corporate, media, and political allies.

How did we get here?

Most people now know critical race theory is an academic exercise that has found widespread popularity in the dominant culture and American institutions. Its Marxist roots and ideas emerged from the Frankfurt School of critical theory and Antonio Gramsci, an Italian communist.

The ideas pushed forward correctly surmised that economic arguments alone were failing to adequately transform free societies toward a Marxist takeover. A culture must be plundered, and institutions overtaken to meet the goals of communism. One of the main ways to upend culture is to change the language. Critical race theory thrives on enforcing restrictions on speech and replacing normative terms with a more politicized language. Furthermore, educational truths such as mathematics, reason, and science are often deemed “white ways of knowing.” 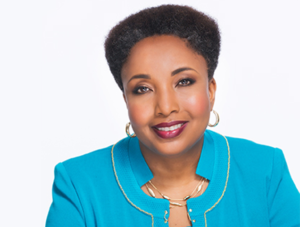 The authors shine at exposing the absurdity of CRT, which upends the entire American Civil Rights Movement ideals of equality. Critical race theory posits that the entire American experience and American experiment is rooted in and centers around a white supremacist worldview. This is evident in attempts to flip the American narrative from 1776 to 1619, the date where the first African slaves arrived in the English colony. Yet, deconstructing America’s founding ideals only positions the nation away from the enduring principles that has helped secure a better climate for racial equality.

Critical race theory is likewise an assault on the Christian worldview. This was evident early on when the Black Lives Matter movement stated that the abolition of the nuclear family was listed on their website. Negative attention surrounding the statement caused the organization to remove that line after several years of public presence. Since good government and good citizens begin in the family, Marxist movements see the traditional family as a barrier to coalescing control. “Limited government means that control must also exist apart from the state: in strong communities, in families, and within citizens themselves,” writes Swain and Schorr.

Marxism is often coupled with atheism, and one of the concerning issues with CRT is how its managed to receive hearings in some Christian denominations and churches. The overarching understanding for Christians needs to be that being born in the image of God equates to equality and should not pit races against each other and make others feel inferior based on race, something Critical Race Theory rejects.

The book concludes with a primer of suggestions on fighting back against CRT. Certainly, the election in Virginia revealed evidence that parents are fed up with the racist thinking permeating some schools.

A few highlights include education on the topic since shedding light on the actual aims and goals of CRT is proving to be damaging. Therefore, the left focuses on changing the language and meanings of terms, such as pretending to insinuate that support for CRT is “anti-racist.” The authors are wise to bring up the importance of school boards and local elections to prevent the descent into madness that has overtaken some schools. Standing up against the mob mentality takes courage today, but America’s future depends on it. The nation desperately needs a healthy common ethos because the alternatives are becoming more and more unimaginable by the day.

Ray Nothstine is Carolina Journal opinion editor and a research fellow on Second Amendment issues at the John Locke Foundation.

This review first appeared in the December / January print edition of Carolina Journal.

Our relationship with big tech must change

Report: N.C. school choice programs save taxpayers up to $154.3 million

Our sky was never falling