Sometimes the company you keep says more about you than your own words.

Such is the case with former State Supreme Court Justice Cheri Beasley. She appears to be leading the Democrat pack for the party’s nomination for U.S. Senate, yet she is cozying up to some of the most radical elements of the left, knowing these connections are likely to be general election fodder.

Even though Democrats are running from their previous  “defund the police” positions, Beasley appears to be going the opposite way.

The FCDP Faith-Values & Policy Group promoted Critical Race Theory and antiracist activists. According to Carolina Journal research, the group has a history of mocking “White Evangelicals” and promoting anti-police sentiments.

In June 2021, a member of the FCDP Faith-Values & Policy Group publically advocated for Critical Race Theory, according to available social media postings.

The event was organized by The Boston University Center for Antiracist Research, which according to its website, “represents a collaborative research and education effort across multiple disciplines to build a world where racial equity and social justice prevail.”

According to the group’s website, the “overarching mission of the Center to transform society through shifting the narrative that racial injustice is rooted in bad policy and not bad people.” 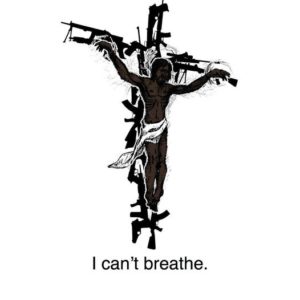 The Faith and Value Policy Group posted this image on their Facebook page, which indicates that the group has 86 members and invited U.S> Senate Candidate Cheri Beasley to speak at their event on August 9, 2021.

In April 2021, the FCDP Faith-Values & Policy Group posted an arguably offensive image  Of Jesus Nailed To A Cross Of Weapons With The Caption “I Can’t Breathe.”

In April 2021, the group posted a picture comparing a sheriff’s badge to the Runaway Slave Patrol badge.

In November 2020, the FCDP Faith-Values & Policy Group Posted A Picture Mocking “White Evangelicals” and stating they are “Not For Us” Because 80% Voted For Trump And Have “Lost All Moral Authority.”

This is not the first time the leading Democrat for U.S. Senate in North Carolina has associated herself with people that have expressed anti-police beliefs.

Earlier, Beasley filed a joint fundraising committee with U.S. Rep. Cori Bush with the Federal Elections Commission. The Missouri congresswoman recently made headlines when she explained her position on “defunding the police” while also defending her spending on private security, in an interview with CBS News.

“I’m going to make sure I have security because I know I have had attempts on my life and I have too much work to do,” Bush told CBS. “There are too many people that need help right now for me to allow that.

“So, if I end up spending $200,000, if I spend 10, 10, 10 more dollars on it, you know what, I get to be here to do the work. So suck it up and defunding the police has to happen. We need to defund the police and put that money into social safety nets because we’re trying to save lives.”

On the Fourth of July, Congresswoman Bush tweeted, “When they say that the 4th of July is about American freedom, remember this: the freedom they’re referring to is for white people. This land is stolen land and Black people still aren’t free.”

The company Beasley keeps is already becoming a political issue. The National Republican Senatorial Committee said in a statement:

“Cheri Beasley has already made a blunder for the ages by teaming up with a Defund the Police, anti-Independence Day radical to raise money and win support from socialists.  For Democrats in North Carolina, appeasing a vocal minority of voters is more important than disparaging our nation, our cops, and those of all backgrounds who’ve fought and died to protect Americans like her.  We are sure general election voters will not forget this next November.”