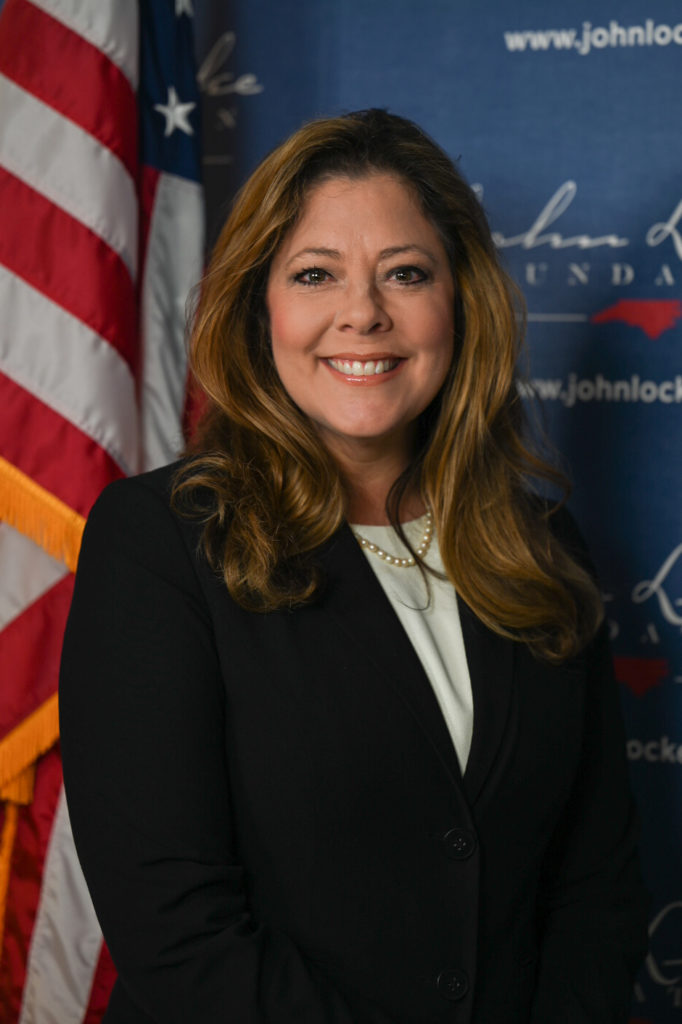 Donna serves as Editor-in-Chief for Carolina Journal. Donna has more than 20 years of experience delivering accurate, clear information in an engaging story.

In addition to print journalism, she has anchored news and political talk programming on television and radio and delivered live coverage of historic world events that define our times.

Donna graduated from North Carolina State University after growing up in Raleigh and attending Broughton High School and Saint Mary’s College. After graduation, Donna married Ron King and moved to Los Angeles where Ron served as a U.S. Air Force officer. There, she worked in local news and continued her journalism career when they moved to the Washington, D.C. area.  During her tenure in the nation’s capital, she reported and anchored for ABC’s NewsChannel 8, America’s Voice Television Network, and Reuters Television North America.

Donna, Ron, and their three children returned to North Carolina in 2007 where Donna was one of the founders of the North State Journal and hosted the Triangle’s Morning News on WPTF.  Currently, you can see her on “Front Row with Marc Rotterman” on PBS North Carolina.

President Biden is expected to announce Thursday, July 29, that all federal employees must be vaccinated or submit to rigorous…

The N.C. House unanimously passed a bill Monday to allow mental health counselors to work across state lines. Aimed at…

Vaccine requirements issued as some college students return to campus

Hooks retires after four years of storms, riots, and a pandemic