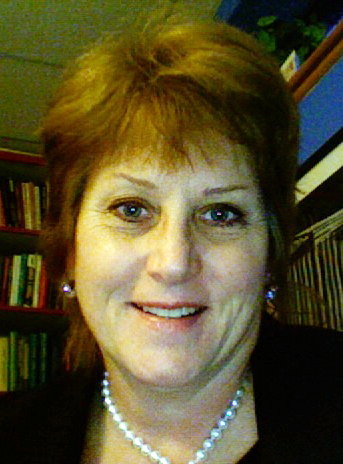 Dr. Palasek is currently the Director of Educational and Academic Programs at the John Locke Foundation. She received her B.Mus.Ed. from Hartt College of Music at the University of Hartford, the M.A. in Economics from the University of Connecticut, and her Ph.D. in Economics from George Mason University. While completing requirements for the doctoral degree in economics, Karen also served as a legislative assistant for U.S. Rep. Ron Paul (R-TX).

Since receiving the doctorate in 1989, Dr. Palasek has continued to sharpen the educational saw, beginning with the Certificate in Nonprofit Management intensive track program at Duke University (2008). She has since completed (2010) the degree of Master of Organization Development in the EMOD program at Bowling Green State University, Ohio.

Karen Palasek joined the John Locke Foundation in 2002, where she began working with the Carolina Journal and North Carolina Education Alliance as a writer and policy analyst in the area of K-12 education.

In 2004, Dr. Palasek became the director of Educational and Academic Programs at the Locke Foundation, leaving regular duties with Carolina
Journal and North Carolina Education Alliance to take on several new projects. One was responsibility for the John Locke Foundation student intern program and directing a weekly interns’ reading and discussion group.

In 2004, Dr. Palasek launched a web-based column on the John Locke Foundation home page, titled “The Free Market Minute.” That year, she also initiated an outreach effort to build a college and university Faculty Affiliate Network (www.locke.FAN.org) throughout North Carolina, and took on responsibility for presenting a weekly speaker each Monday in the informal Shaftesbury Society luncheons.

Karen’s articles and reviews have appeared in the Carolina Journal, John Locke Foundation Policy Reports, The Freeman: Ideas on Liberty, the Cato Journal, The Market Process, and numerous other print and World Wide Web sites.

For a growing number of cities and municipalities, when fiscal times get tough, the tough go…to the market. Take recently…

The debate today, from clearer heads,suggests that the American economy may just now be catching up with some of Keynes'…

Back to School: If Rodney Dangerfield Could Do It, So Can I

With multiple generations competing in the work force, the importance of Lifelong Learning continues to grow.