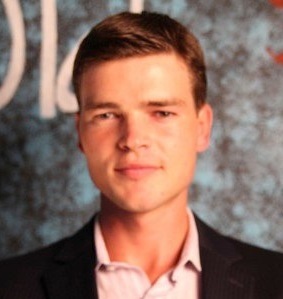 Fergus Hodgson (@FergHodgson) is Director of Fiscal Policy Studies at the John Locke Foundation, a Policy Advisor with The Future of Freedom Foundation, and a member of the American Legislative Exchange Council’s Tax and Fiscal Policy Task Force. He also hosts a weekly show, “The Stateless Man,” with the Overseas Radio Network. Previously, he was a Visiting Scholar with the American Institute for Economic Research, Massachusetts, and a Research Associate with the Frontier Centre for Public Policy, Canada.

His commentaries have appeared in newspapers and magazines in the United States, Canada, and New Zealand, including the Cleveland Plain Dealer, Sacramento Bee, Charlotte Observer, Providence Journal, and Washington Times. He has also contributed to online outlets such as the Daily Caller, The American Conservative, World Net Daily, Fox News Latino, CounterPunch, LewRockwell.com, and LibertyBlog.org. Read his Locker Room blog contributions here.

Given a particular interest in migration, Latin America, and foreign affairs, he has a fortnightly column in the Spanish-language newspaper, La Conexión, and he is a frequent guest on the Russia Today television network.

After receiving an athletic scholarship and moving from rural New Zealand, he graduated from Boston University with a Bachelor of Arts in Economics. He then completed a second major in political science and taught macroeconomics with the University of Waikato, New Zealand.

The Rich and Corporations Are Already Soaked

When You’d Rather Not Look In the Mirror

Recent world rankings detail the sorry state of freedom in the United States.

The Status Quo Should Be the Real Third Rail

The convoluted Social Security scheme benefits the bloated bureaucracy and people who make their living offering guidance about the system,…